Umidigi is the rebranded Umi known for its ultra-budget smartphones. Though this company is still too far to enter the top ten Chinese smartphone makers list, it follows the trends, keeps its fingers on the pulse, and always comes in with stylish and wallet-friendly handsets. Recently, the company announced two new models with the trendiest feature of full-screen. The Umidigi S2 was unveiled in summer. Thus when it was announced the Xiaomi Mi MIX 2 has not started its victorious way yet. That’s why the S2 is considered to be the first 6-inch full-screen smartphone in the world. By the way, there is also the Umidigi S2 Pro with higher specs. However, as screen sizes get bigger, phones consume considerably more power. To meet all the possible problems related with this, the company also packed the phone with a 5100mAh large capacity battery. So before looking at the rest of features, we can already state the Umidigi S2 has at least two selling points – full-screen + large battery. What’s amazing, this device is priced under $200. This means you can get your hands on a stylish phone with many trendy features for a song. But as the S2 is considered to be the most attractive alternative to the iPhone X, Xiaomi Mi MIX 2, Vivo X20, Oppo R11s, and other top branded phones, we have to take a closer look. 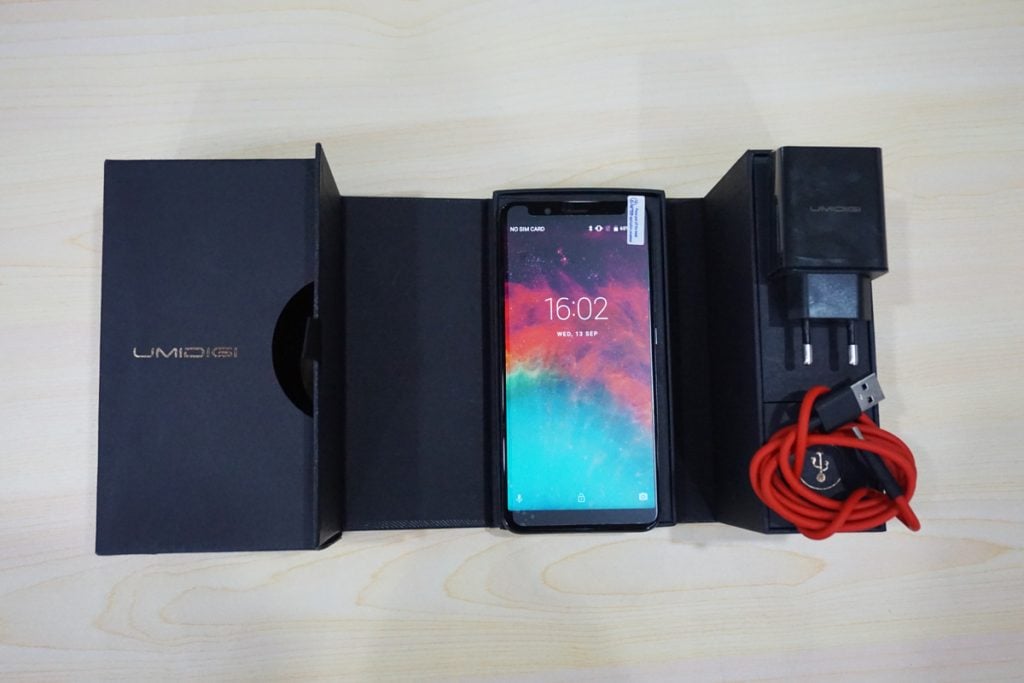 The first thing you should know about this device concerns the housing. It’s completely made of metal. Of course, this material is used in the most flagships. But it has real problems with heating and antenna signal transmission. That’s why the manufacturers use various antenna designs such as U-shaped and V-shaped variants to provide better signal transmission. In this sense, the Umidigi S2 is no exception. It comes with a double-U-shaped antenna ribbons on the upper and lower parts of the back panel. But what’s interesting, the manufacturer even didn’t try to hide them by coloring with corresponding tones. As a result, the red variant of the phone, as well as the black model, come with dark gray antenna lines. It has a premium metal finish design with sandblasting done to all the sides and edges. Thanks to it the phone is very smooth and elegant to hold. The metal-to-body ratio of the Umidigi S2 is 98%. 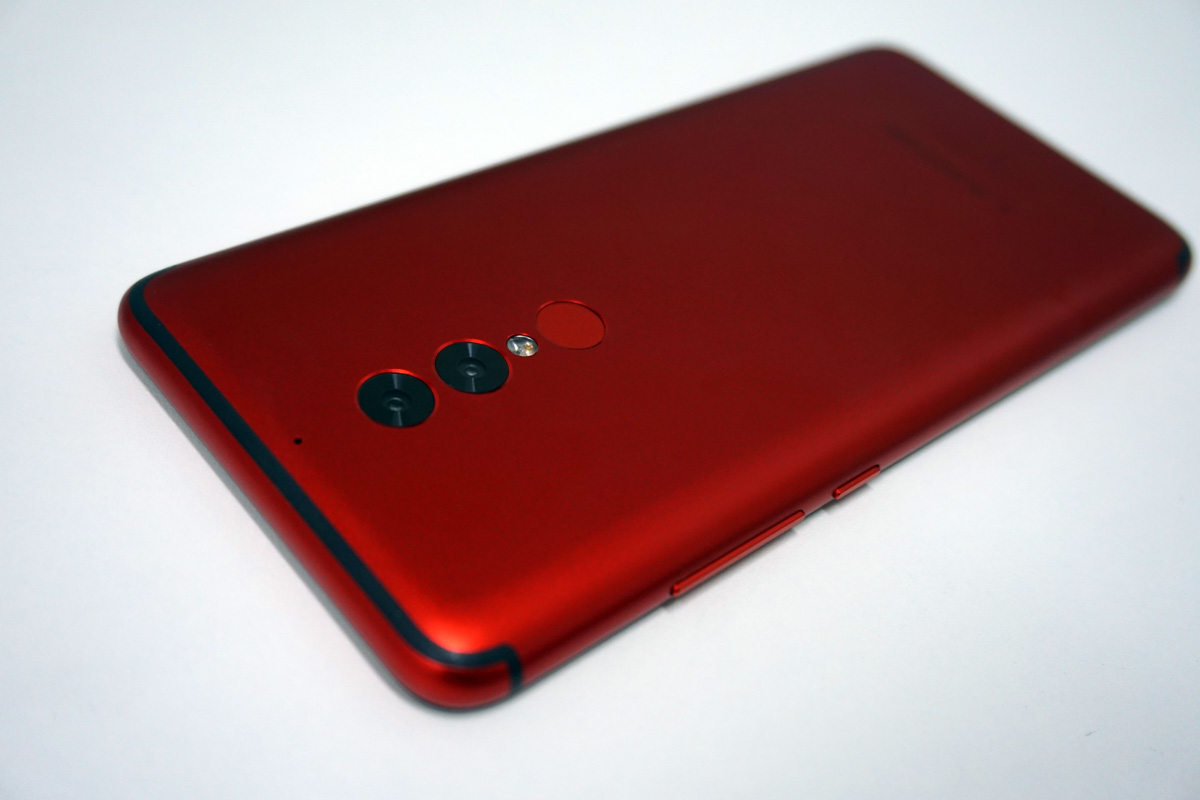 Things change when looking at the phone from the front side. Surely, we are dealing with a full-screen phone that sports a 6-inch display providing HD+ resolution (1440 x 720 pixels) and 18:9 screen ratio. But it differs from what the company has been promoting before the official announcement. It has a quite noticeable framework. There are also wide chins on the top and bottom. So we should state this is a button-less smartphone, but it’s far to be called full-screen. On the other hand, the Umidigi S2 looks the way more stylish than many phones in the same niche. In this sense, we should praise the designers for a good job. 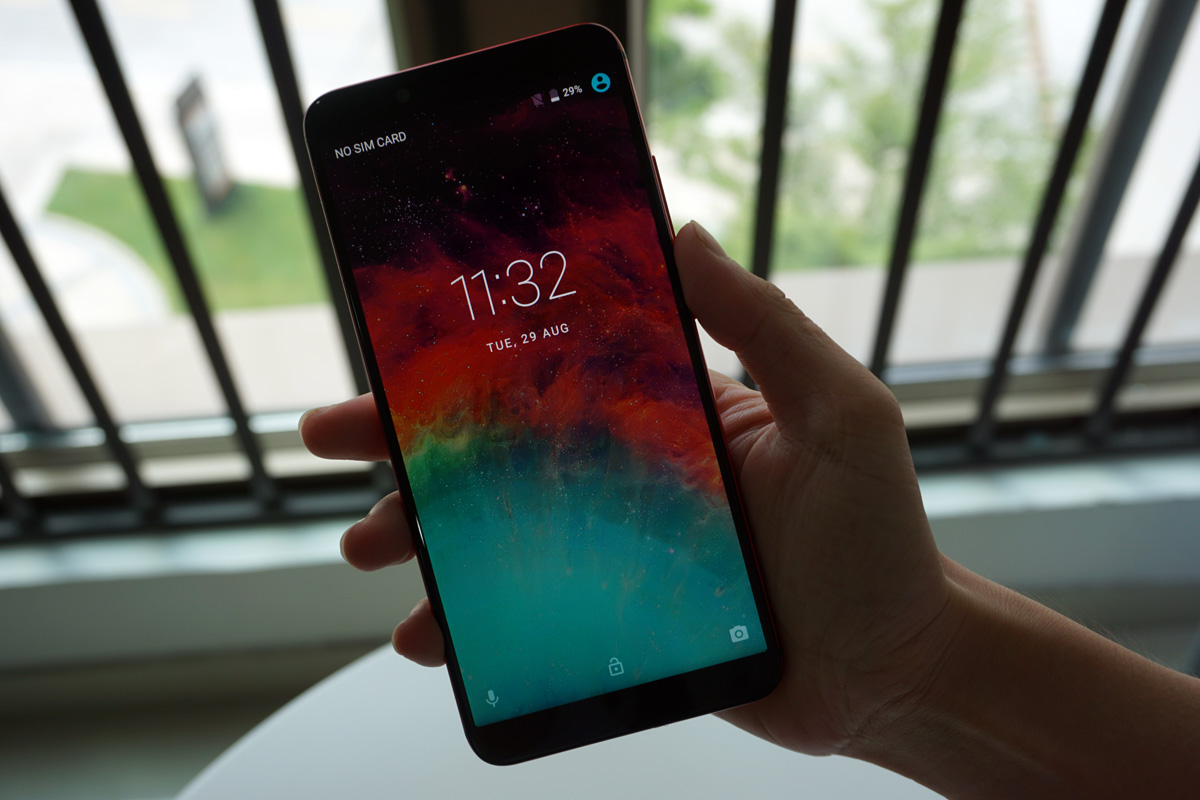 As I said, there are only two colors available to choose from – red and black. Both models look awesome and solid. The overall size is acceptable as well, though it’s difficult to call it a thin smartphone. The S2 comes with dimensions of 15.81 x 7.46 x 0.88 cm and weighs 188 grams. Due to the metal body and big size, it is a bit heavyweight. But thanks to great ergonomics no one will have any problems with single-hand operations.

The front panel carries a speaker, a 5MP camera, and a standard set of sensors above the screen. The bottom side is blank. Thus the traditional Android keys are located on the screen. The front side is also covered with a Corning Gorilla Glass 4 in order to protect the phone from minor scratches. 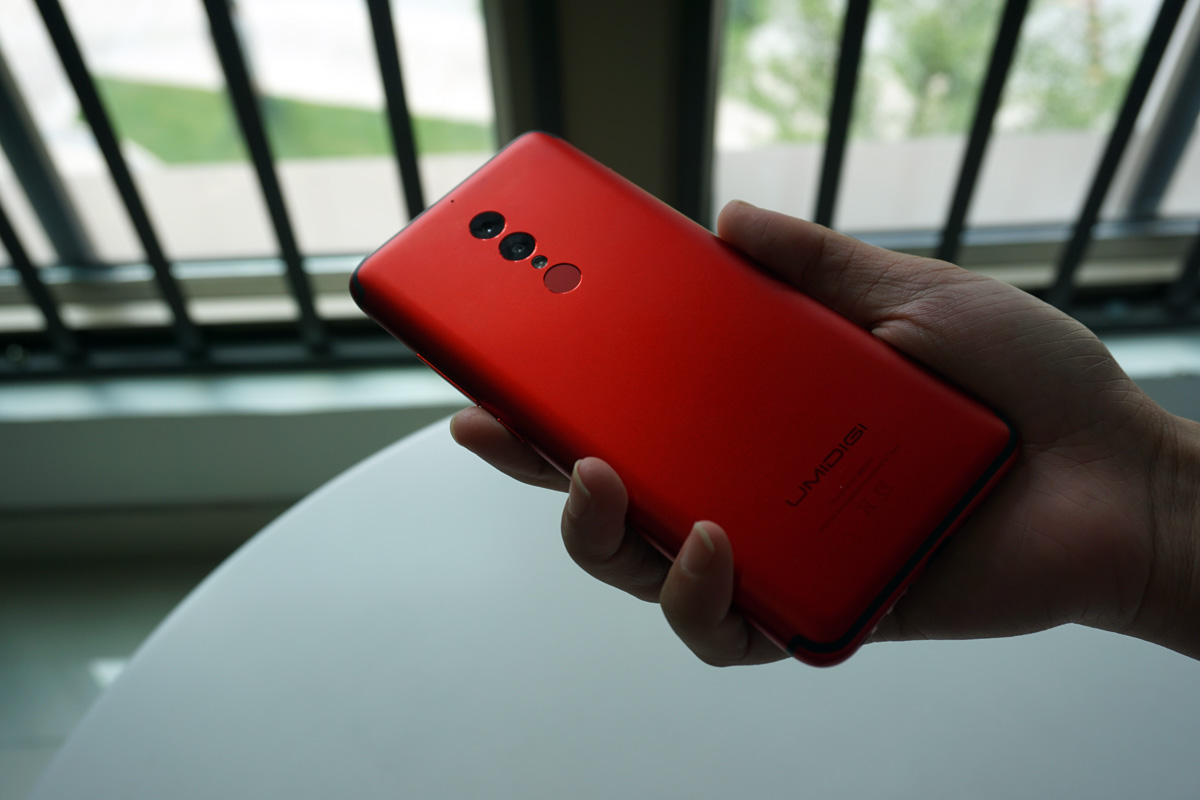 The rear side comes with a dual-camera using 13+5MP sensors with an aperture of f/2.0. As you guess, the second lens is used for one goal only – to provide the bokeh effect. But Chinese smartphones at this price tag are not capable of providing great shooting experience. So it’s quite reasonable why the company even didn’t put a dual-flash there. This means you can use the Umidigi S2 when shooting photos at sufficient lighting conditions. It’s not recommended to capture photos nighttime. The large sensor is supplied by Samsung, while the smaller one comes from a South Korean manufacturer. Thanks to them the phone offers an 8x digital zoom, a 0.1s autofocus phase, HDR, and so on. The rear camera is also accompanied with a built-in fingerprint scanner triggered in 0.1s. They are ordered in one line to provide a symmetrical design. 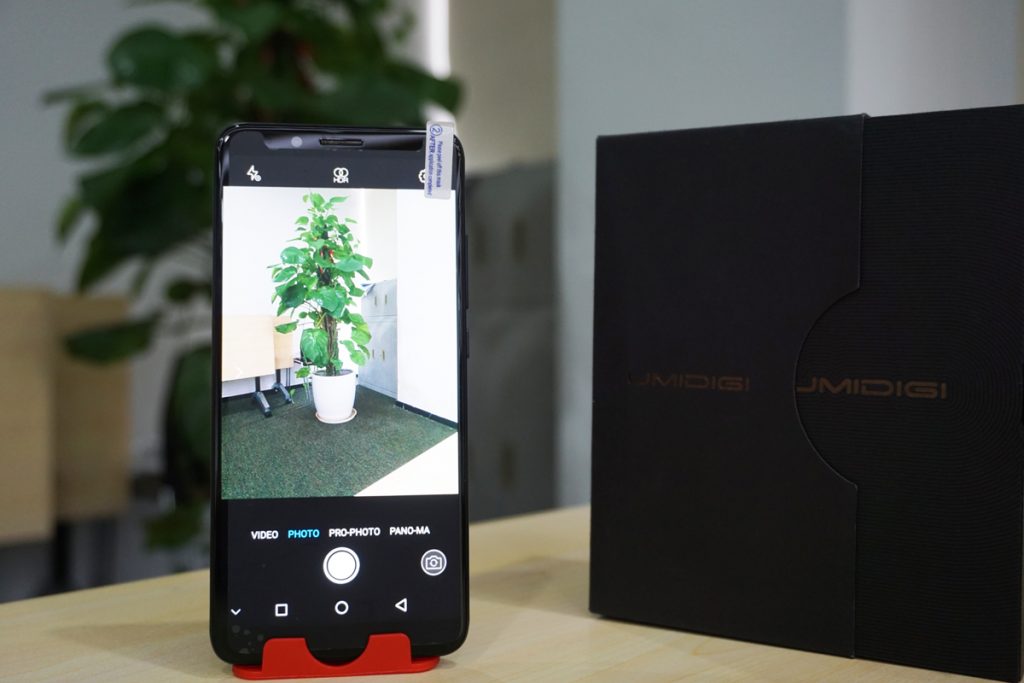 On the sides, we can find a volume rocker and power button placed on the right-hand-side, while the SIM tray (micro + nano) is on the left. Of course, it supports 4G LTE connectivity.

There is nothing on the top. Even the noise cancellation microphone has been moved to the back. 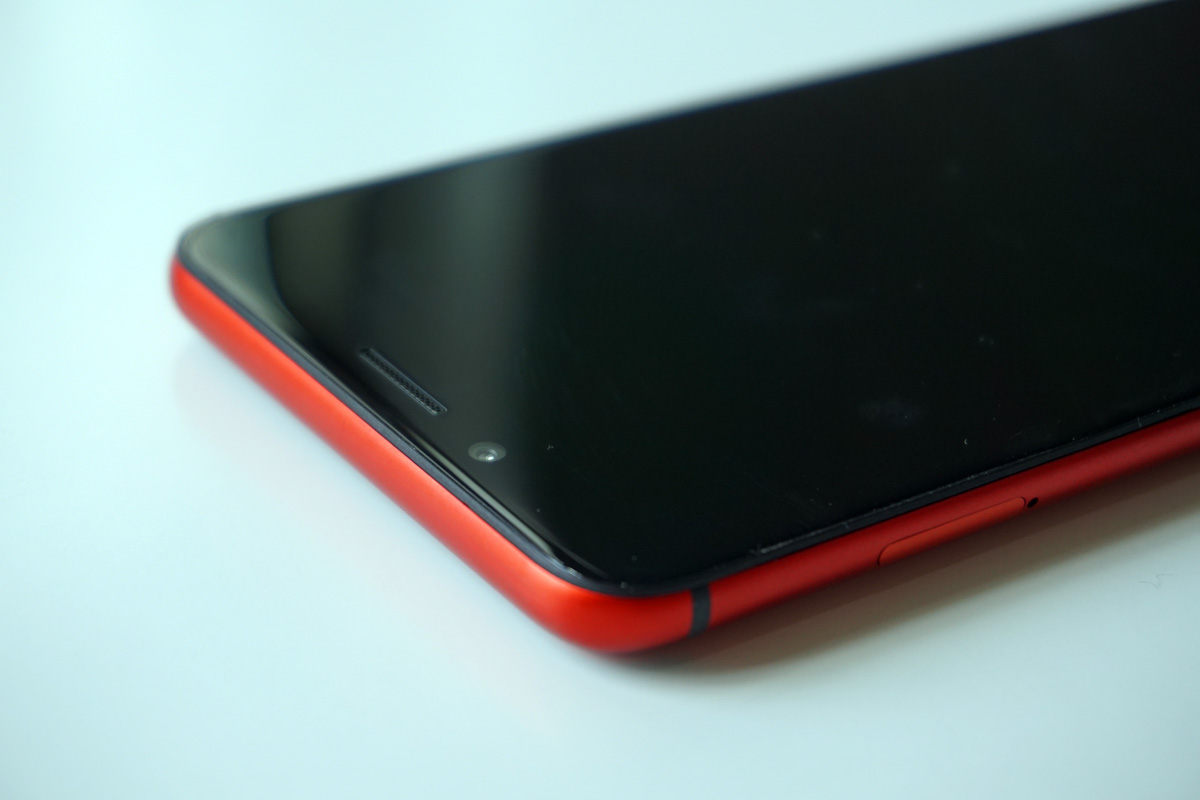 The bottom line carries only a speaker, another microphone hole, and a USB Type-C port. Yes, the 3.5mm audio jack has been removed. Unfortunately, there is no USB-C-to-audio-jack adapter. So, you have to listen to music wirelessly or get it yourself. 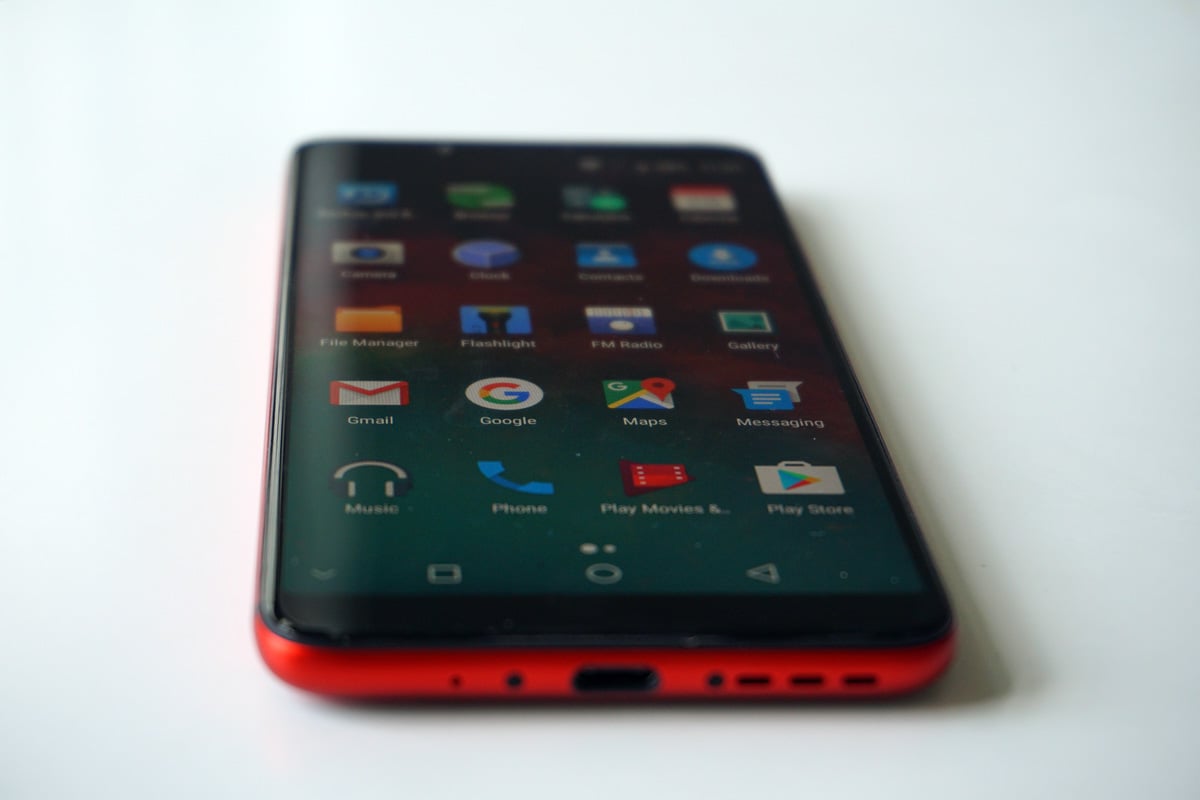 The Umidigi S2 is one of the first phones to get MediaTek’s new octa-core chip named the Helio P20. It’s the closest rival to the well-known Snapdragon 820 or the 625. Thus the MediaTek Helio P20 (aka MT6757) is going to provide a quite smooth and stable performance.

The MediaTek P20 is the worthy successor to last year’s Helio P10. The former one comes with an increased frequency of the 8 Cortex A53 cores that are clocked at 2.3GHz maximum. As for the GPU, it uses the upgraded T880MP2 clocked at 900MHz. Due to the lack of a big core CPU cluster or wide GPU configuration, this SoC is still aiming at low-power performance targets while trying to keep the cost of the SoC down. 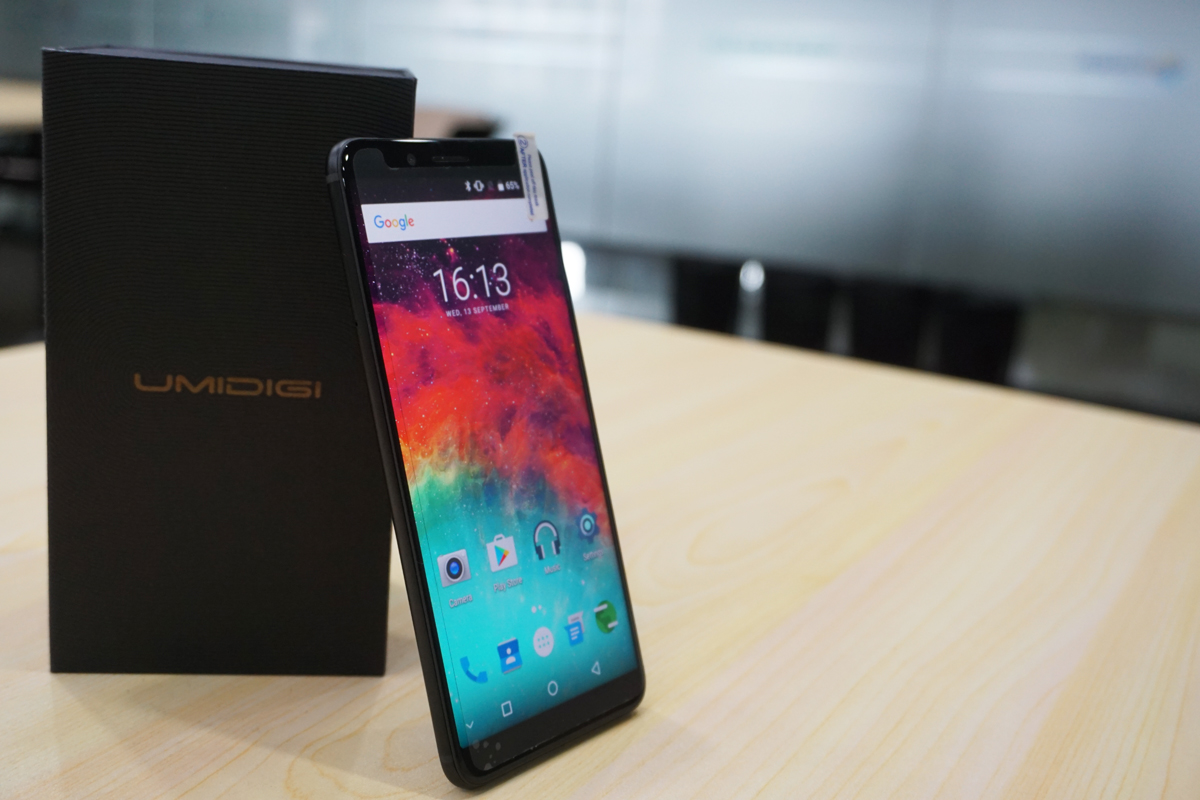 However, it also integrates a new memory controller, LPDDR4X. It’s a new standard promising to improve power efficiency. It can be implemented by lowering the VDDQ voltage of the memory down to 0.6V. Thus the overall total memory power cuts by 20%.

At last, the biggest improvement made for this chip is the 16nm FinFET process node. The SoC also includes an LTE modem (Cat. 6).

Thanks to the chip, 4+64GB memory option, and Android 6.0 OS, the Umidigi S2 scores around 62K points at AnTuTu. That’s an awesome result if taking into account we are dealing with a mid-range phone priced less than $200. 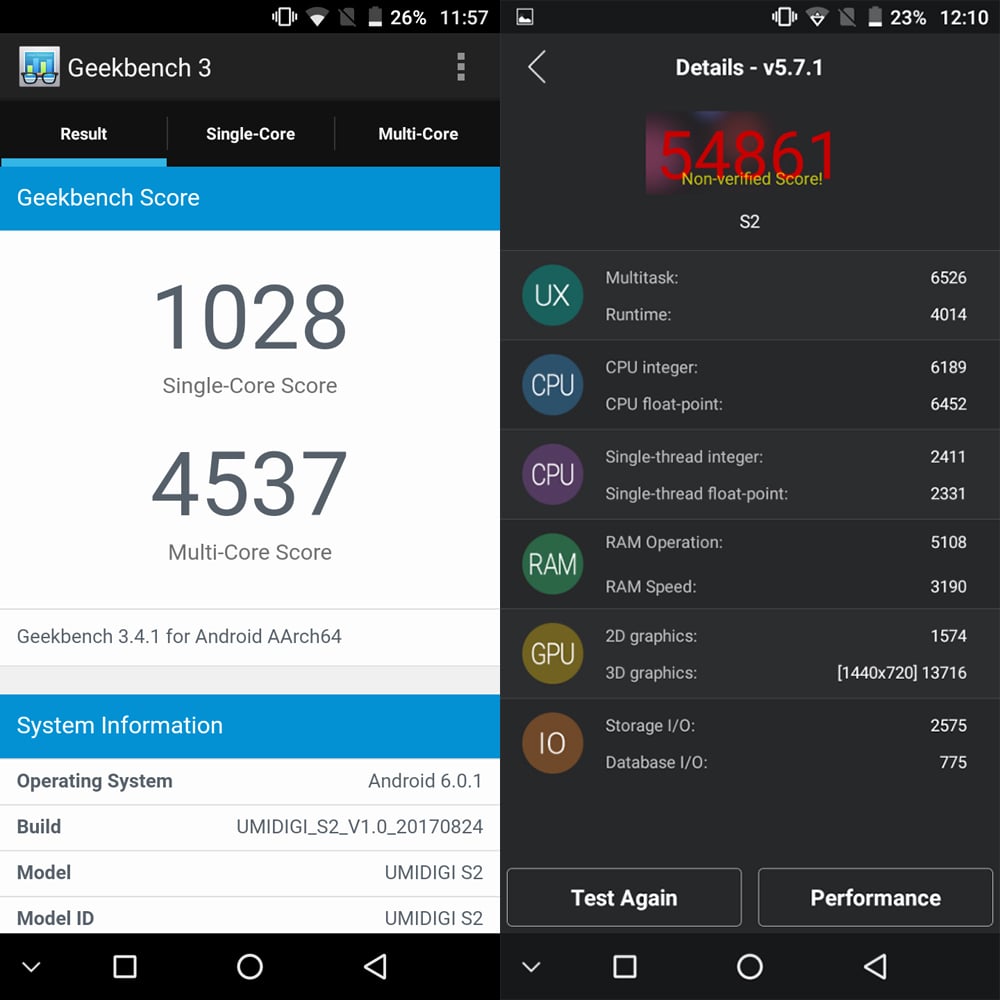 As the Umidigi S2’s second selling point, the company has released a video showing the charging capabilities of its flagship. Thanks to MediaTek’s PE+2.0 quick charging technology the S2 fully charges in 150 minutes. This is an amazing result if taking into account the 5100mAh large capacity of the battery. Moreover, the aforementioned technology also can provide one percent charging per minute up to a certain level. Thus you can charge your phone up to 35% in half an hour. 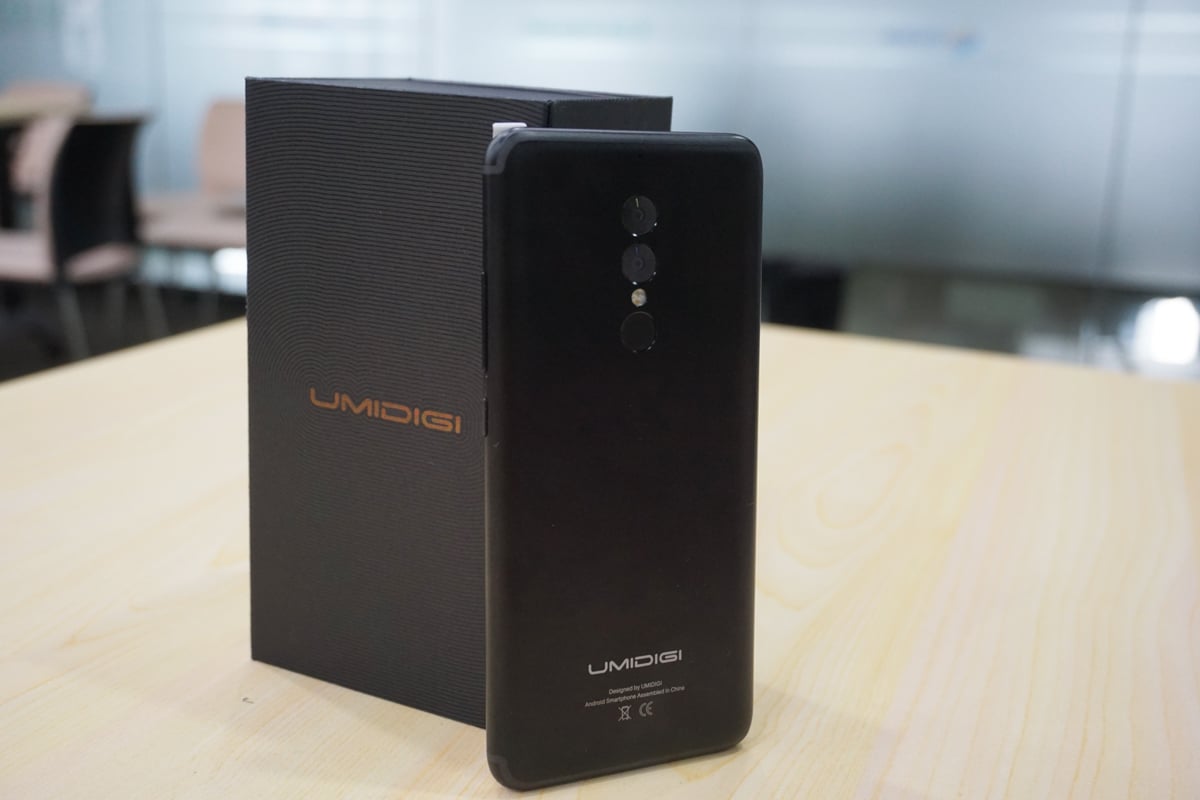 Seems nothing surprising, but this is the first full-screen phone sporting a 5100mAh battery. I mean you should know larger screens consume more power. So there must be a large capacity battery. But the larger the battery is the thicker the phone is supposed to be. In this sense, the manufacturer was able to make a great phone in terms of ergonomics and appearance and pack it with a powerful battery.

Honestly, Umidigi brand is not loved by many smartphone users. It’s been related to the weak and unstable performance. But all these complaints were right for the Umi phone. This company has already rebranded and this term concerns all the aspects of its activity. Now it comes in with better phones that provide smoother performance, look more attractive, and ready to compete with many brands. The only thing remaining the same is the price policy. Umidigi still sets too low prices for its smartphones. The Umidigi S2 is no exception. It’s available for around $190, and that’s a great price tag if taking into account you will acquire a full-screen phone with a whopping battery.