LG V30S ThinQ features a 6.0-inches display with a screen resolution of 1440 x 2880 pixels. The smartphone is powered by Qualcomm MSM8998 Snapdragon 835 processor coupled with 6GB of RAM. The phone packs 128GB internal memory. The camera on the LG V30S ThinQ comes with Dual 16MP + 13MP rear camera with LED flash, and 5MP front shooting camera for selfies. The handset came out of the box with Android 8.0 Oreo and backed by a Non-removable Li-Po 3300 mAh battery with Fast battery charging: 50% in 36 min (Quick Charge 3.0). It also has a fingerprint sensor on the back.

Now you can unlock bootloader easily by following this simple guide. Though you should know that, unlocking the bootloader will void the device warranty. So if you planning to Unlock The Bootloader on LG V30S ThinQ, then it’s always better to wait until your warranty gets over. In case if you have unlocked the bootloader, then you can always re-lock the bootloader on your device anytime.

This only works on LG V30S ThinQ phone. Don’t try this on any other model or device. Below is the full guide to unlock the bootloader on LG V30S ThinQ. Follow this procedure carefully. It is a somewhat involved process, but the majority of the process has been simplified as much as possible. 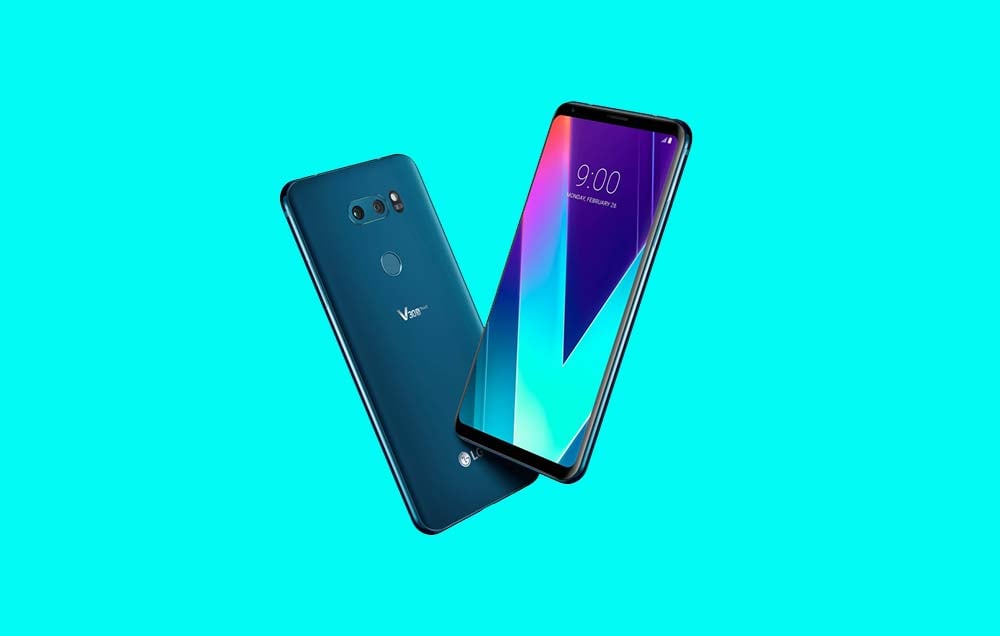 A Bootloader is a code which runs when we switch on our device. This code initializes some hardware and then loads the kernel and ramdisk, and gets the boot process going. So this process is known as Bootloader. The same concept applies to all the technical stuff such as Laptop, PC, Smartphones and any such device. Every Android OEM manufacturers lock the bootloader even though it is an Open Source. So if you want to try any CUSTOM ROM, it is impossible to load the CUSTOM ROM without the Unlock Bootloader. So Manufacturer made a policy of making the smartphone with Unlocked Bootloader will void the warranty. They want you to stick with the Stock ROM. Unlock Bootloader allows you to Root your android smartphone, Flash TWRP and Custom ROM in a simple easy method.

Steps To Unlock The Bootloader on LG V30S ThinQ

Step-1 First of all, enable the Developer Option

Step-2 To Enable the Developer Option, Go to your Settings -> About Phone -> Now Tap on the Build Number 7-8 Times until you see a toast message “Developer option enabled”.

Step-3 Now you need to enable the OEM Unlock by going to Settings -> Developer Option and Enable OEM Unlock. 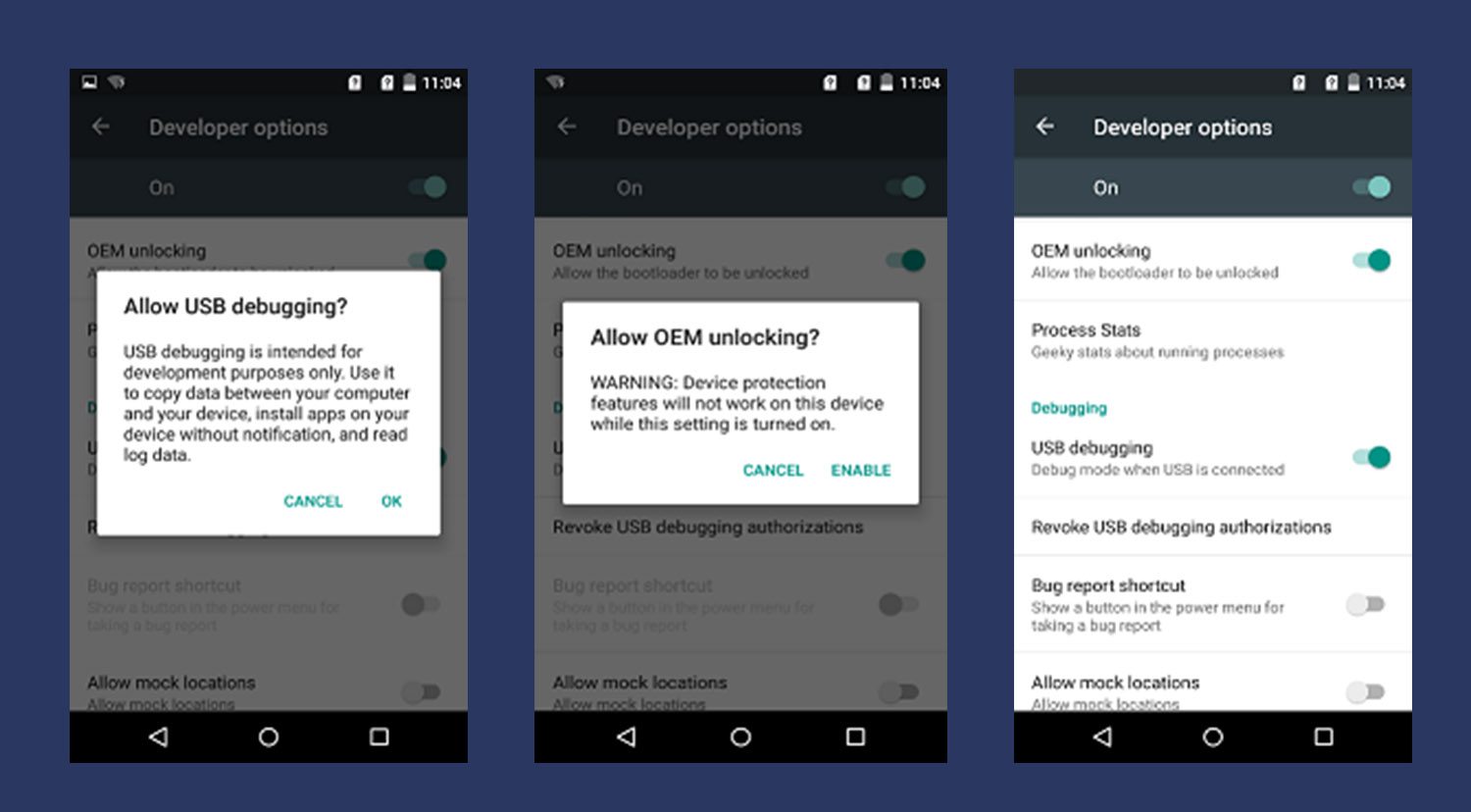 Step-4 Download the adb and fastboot driver and install/Extract it on your computer. 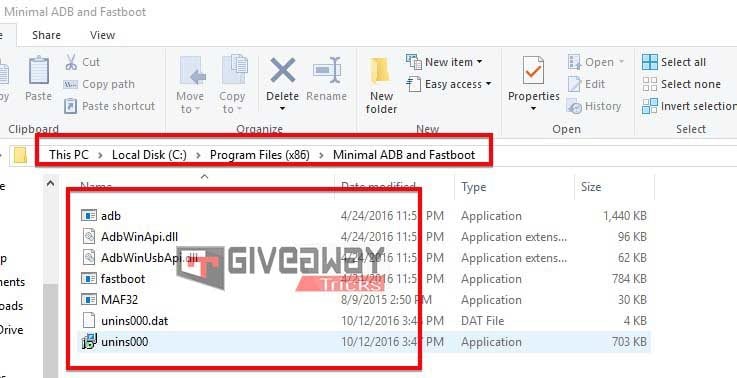 Step-6 Turn off your phone, now boot your phone into Bootloader by pressing Volume Up + Power Button Simultaneously. Now you will see a fast boot/bootloader 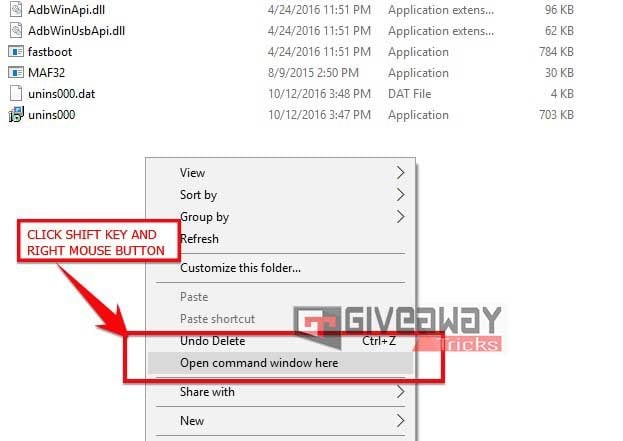 Step-9  Now turn your phone into bootloader -> Turn off your smartphone – Press and Hold Power and Volume UP button – You will see Fastboot mode – or else, you can type the command if your device is in ADB mode. ( phone should turn on and connect it to the PC via USB Cable.)

Step-10  If you boot into fast boot, type the command below in CMD screen. 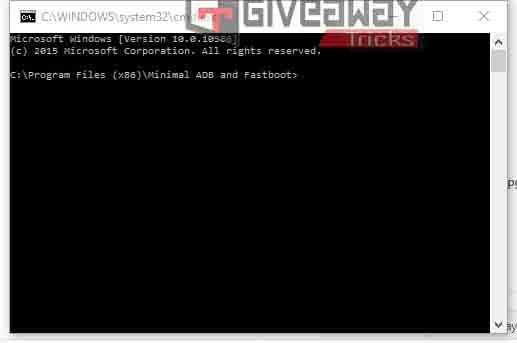 Step-11 This command will list the connected devices. If your phone serial number shows up you are good to go and may continue. If the phone is NOT listed this indicates that your drivers or cables are not installed correctly. if you want to continue, you must first fix your problem.

Step-12 If the phone has been recognized by the command above, proceed to unlock the bootloader. Remember, this step will wipe EVERYTHING off the phone. Take backup. In your command window, type

Step-13 This fastboot command will return a character string. This is the Device ID which is needed to generate your unique unlock key.

Step-14 To generate your unlock key, you will need to paste together the 2 lines of output into one continuous string without “(bootloader)” or white spaces. In the example above, the Device ID would be:

Step-17 If you didn’t register with your email id.

Step-19 Now you will have a screen to type your IMEI no, name and Device ID. Now enter the IMEI number which you note down.

Step-20 Paste the Device ID(Continuous String you created in step 14) in the Unlock Bootloader website of LG.

Step-21 Click Confirm. If your IMEI number and Device ID are valid, the bootloader unlock key will be sent to your email.

Step-22 Now open the email and check the mail sent by LG developer.

Step-23 In your email, you will find the attachment with unlock.bin, download and move the unlock.bin attachment to ADB and Fastboot folder

Step-25 Now when the phone is still in Fastboot mode/ Bootloader, enter the command below (“unlock.bin” is the bootloader unlock key you received the email.)
fastboot flash unlock unlock.bin

Step-26 You have unlocked the bootloader on LG V30S ThinQ Variant.

Step-27 Reboot your phone by entering “fastboot reboot” in the command window.

Step-28 To check if your device has unlocked the bootloader, then Connect your phone to a PC using a USB cable and enter “adb reboot bootloader” in ADB command window.

Step-29 Your phone will reboot into the fastboot mode. You can check if the device is successfully unlocked, you can check by entering command below and verifying that the response is “unlocked: yes”

Step-30  Now reboot your phone by entering the following command

So, there you go. Now you know how to unlock the bootloader on LG V30S ThinQ.

Follow GetDroidTips for all important tutorials and information on bootloader unlocking.