Learning how to effectively use the various different weapons in Riot Game’s dynamic multiplayer shooter Valorant is the key to dominating the battlefield online. And one of the singularly most important objectives in the game is to master the art of controlling and use the Spike.

In Valorant, this weapon is basically equivalent to the bomb in most shooting games. It features a similar mode as well. You are surely starting to understand the significance of the Spike in Valorant. Let’s head down to our new guide and read about this topic in detail. 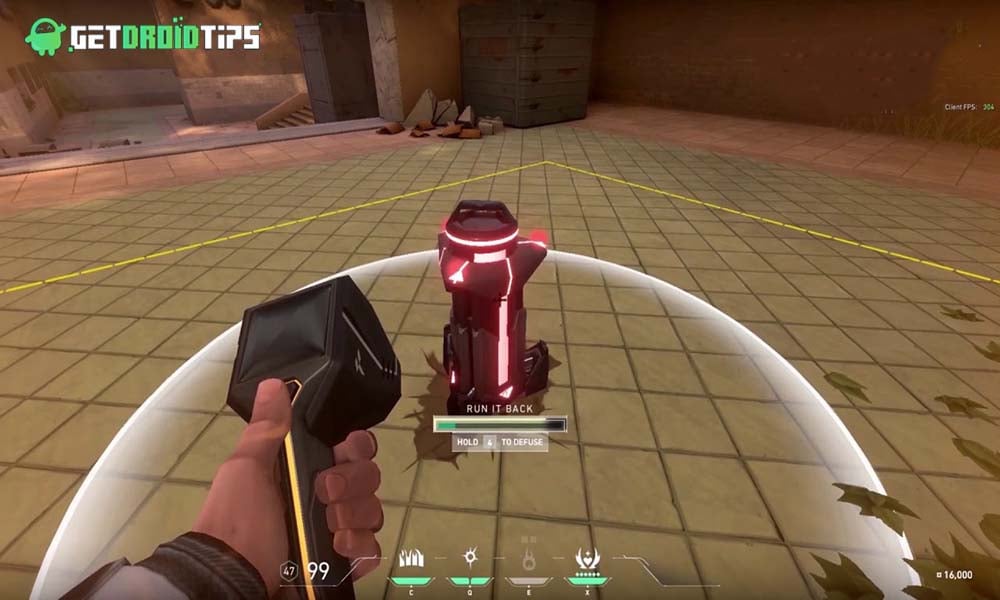 How to Use the Spike in Valorant

In the multiplayer matches in Valorant, the Spike is randomly handed over to one of the members of the offending team, right at the start of every round. If the receiving member is not willing to wield the Spike, they have the choice of dropping it by pressing the G key.

We advise discussing among your teammates and taking the decision of who will carry the Spike before the round actually begins. Make the decision depending on the player’s skills, load-outs, and strategic methods. Once the round starts, you can swap swiftly.

Planting, Defending and Detonating the Spike

In Valorant, the Spike can only be explicitly placed on the bomb sites. These are marked with distinct yellow boundaries and the large letters A, B and/or C on your map. You can go over and plant it in any of them by pressing the number 4 key. This process takes four seconds. Make sure that you do not interrupt it before completion, especially if there are only a few seconds left for the round to end, or you will have to start the operation all over again.

After being planted, the Spike will detonate in 45 seconds. You need to protect it from the defending team during this time period. For that, you need to be well acquainted with all the bomb sites in the game. You must place the Spike in a location that is convenient to defend. A site where your enemies can only approach from one side is ideal since you can take them out like a fish in a barrel. On being dropped onto the ground, the Spike will be visible on your mini-map. You can ping it by pressing the Z key.

If you are a member of the defending team, you will receive an in-game message when your enemies have armed the Spike. From this point onward, you have precisely 45 seconds to neutralize it. If you manage to reach the planted Spike, you will require seven seconds to diffuse it. Needless to say, you are going to be the hot target of opponents during this time. You should be vigilant enough to be aware of the positions of the said opponents, and have your teammates cover for you while you take care of the Spike.

Also, Spike can actually be disarmed two times. When the progress bar is halfway through, you can continue the disarming even if you had paused in between. After the charge has been neutralized by filling up half of the progress bar, a teammate can take over the remaining part of the disarming procedure too.

Activity phases of the Spike

Since the defending team has only 45 seconds to neutralize the Spike after it has been planted, the programmers designed its activity phases to be clearly recognizable and easy to hear. You can use this to your advantage to estimate how much time is left until detonation, and plan out your actions accordingly.

The activity of the Spike can be split into four different phases, which have been listed below.

Phase One: This is from the moment of planting to the first 25 seconds. Nothing really happens during this time, except for the Spike beeping ominously every second.

Phase Two: This goes on from 25 to 35 seconds. Spike’s appearance is altered subtly, and the frequency of beeping increases up to two times per second.

Phase Three: This goes on from 35 to 40 seconds. Once again, Spike’s appearance is altered, and the frequency of beeping increases up to three times per second.

Phase Four: This goes on from 40 to 45 seconds – basically the last five seconds you have left. Not only does Spike’s appearance clearly change, but eerie shadows become visible around the planted charge. The beeping sound grows more and more vigorous until it finally detonates.

Luring out Enemies when Neutralizing the Spike

The offending team can obviously put up a heavy resistance as you try to neutralize the planted Spike. To counter this, you can use the age-old tactic of live bait. After approaching the Spike, start disarming it and then promptly stop the action, and watch your surroundings. Your opponents will likely emerge into the open after they hear the Spike being disarmed. If you’re prepared, you can use this chance to shoot them down, and then continue disarming the Spike without interruption.

The Importance of Teamwork when Dealing with the Spike

Whether you are a part of the offending or defending team, you need to use teamwork effectively when dealing with the Spike. If a number of your teammates are around the planted Spike, you must do your best to defend them until the job is done. Often your opponents will attack from several routes leading to the Spike, so you need to continually be on the move and cover them to the best of your ability.

That’s it for now. We hope you understood about this unique item in Valorant and handle it effectively during gameplay. We hope this guide helped you with the use of Spike in Valorant. If you liked this, you could check out our other guides on iPhone Tips and Tricks, PC tips and tricks, and Android Tips and Tricks for more. We recommend you to participate in the $150 giveaway by subscribing to our YouTube Channel. If you have any feedback or queries, comment down below with your name and e-mail ID. Happy Gaming.