This year, LG has launched its brand new flagship smartphone called LG V60 ThinQ 5G that comes with premium segment hardware specifications out-of-the-box. It comes with Android 10 preloaded and currently, the Verizon LG V60 ThinQ 5G users are receiving the latest software update based on Android 10. So, all the interested users can easily update to the latest software version via OTA. However, if you’ve missed out on any important update and looking for it, then this update tracker article is for you.

Now, talking about the latest software update, the Verizon Wireless has started pushing the first-ever software update for the Verizon LG V60 ThinQ 5G variant in the USA that bumps up the new build number of V600M10c based on Android 10. It basically brings the performance improvement for the fingerprint unlock and improves the user experience by upgrading/downgrading the Premium/basic Visual Voicemail (VVM) service. Now, let’s take a quick look at the device specs below. 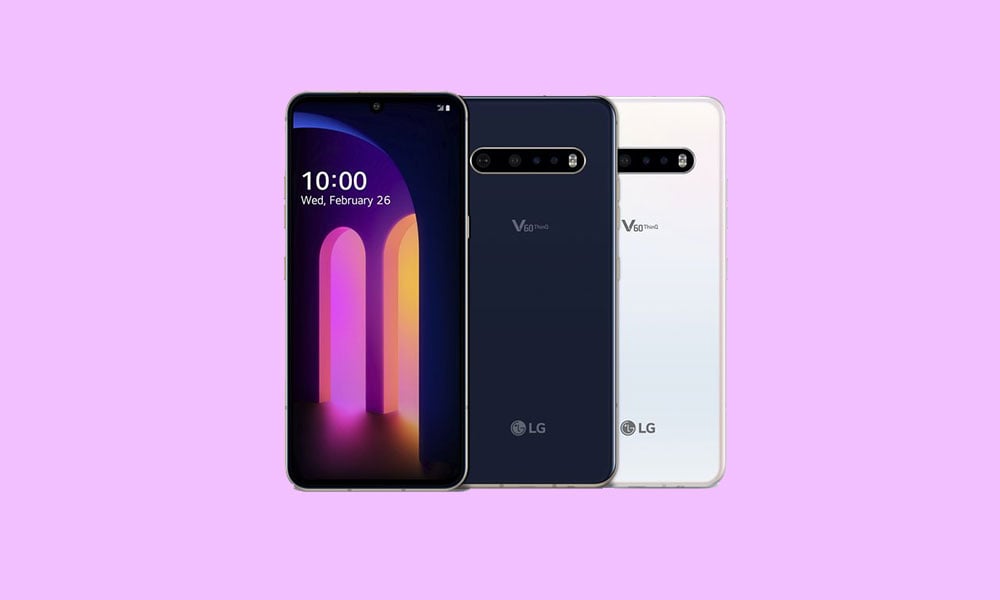 The device has a 6.8-inches P-OLED display with 1080×2460 pixels resolution that comes with the Corning Gorilla Glass 5 protection, HDR10+, Always-on display, etc. It’s powered by the Snapdragon 865 SoC, paired with Adreno 650 GPU, 8GB RAM, 128GB onboard memory (expandable via a hybrid SIM slot).

Here we’ve shared the latest Verizon LG V60 ThinQ 5G Software Update list below. We will keep updating the list whenever a new firmware update will be released. Now, let’s jump into it.

If a new firmware update is available, simply tap on Install Now option and follow the on-screen instructions to upgrade your device. Ensure that the device should be connected to a Wi-Fi network and charged more than 50% at least.

That’s it, guys. We hope you’ve found this article useful. Till then stay tuned for more info.