Previously, we mentioned that a Chinese smartphone company could launch the new smartphone in China, called Vivo Y93. Now, the company silently unveiled the Vivo Y93 smartphone in its home market. This is the successor of the last year Vivo Y83 smartphone. On the board, the phone has Qualcomm Snapdragon 439 chipset, which means this is the first smartphone that powered by SD 439 SoC. 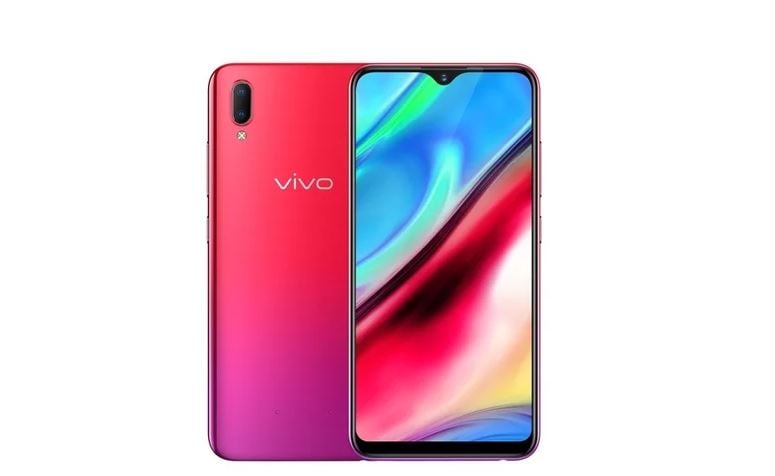 Vivo Y93 smartphone comes with a 6.2-inch display panel that supports 1520 x 720 pixels of resolution. It offers waterdrop notch design at the top of the display which carries selfie camera. The company used 3D micro-arc design to make the back panel of the phone more ergonomic. The phone powered by Octa-COre CPU under the hood which clocks at 1.95 GHz along. There is Qualcomm Snapdragon 439 12nm chipset present on board along with Adreno 505 GPU for better graphics performance.

The company launched the Y93 smartphone with 4 GB of RAM and 64 GB internal storage. The phone also has micro SD card slot on board that supports up to 256 GB external storage. Vivo Y93 featured with vertically placed dual camera sensors on the back side along with LED flash blow. There are a 13-megapixel main camera sensor with phase-detection autofocus and 2-megapixel secondary camera sensor. The rear cameras of the phone support AI-powered portrait mode. On the front side, there is an 8-megapixel camera sensor for selfies and video call. The front facing camera of the phone also supports Face Wake, AI beautification, and AR stickers.

The phone runs on Android 8.1 Oreo operating system out of the box along with the company’s own FunTouch custom UI running on top. The y93 also comes with the company’s Jovi AI assistant. For better gaming performance, the company added a Game Mode feature. It packed with 4,030 mAh capacity battery inside the body but there is no fast charging feature included. But, the company added an intelligent battery-saving feature. There is no fingerprint scanner present on the phone, but it support face unlock feature.

The company launched Vivo Y93 smartphone in China at 1,500 Yuan (~$215) price tag. The phone is already available for buying on Vivo online store in China. The phone is available in two colors options, Starry Night and Red. There is no word about the global release of the phone.