It’s been almost more than half a year to be released Android 10 officially. However, plenty of smartphone OEMs are running into the race to deliver the stable Android 10 update to its eligible devices. It’s also worth mentioning that Google has already pushed a couple of Android 11 Developer Preview updates and all set to release the public beta in next month as well. While the Vivo Z1 Pro users are also waiting for the Android 10 update. If you’re also one of them, check out the Vivo Z1 Pro Android 10 Update Release Status here.

It’s not new to the Vivo device users as most of the budget to mid-range to flagship Vivo devices takes quite some time to receive any major Android OS update. Vivo is not very active in terms of frequent or faster software updates. However, as the Android 11 release date coming near with each and every month, Vivo has mentioned that a couple of devices will receive the FuntouchOS 10 by June 2020 expectedly. 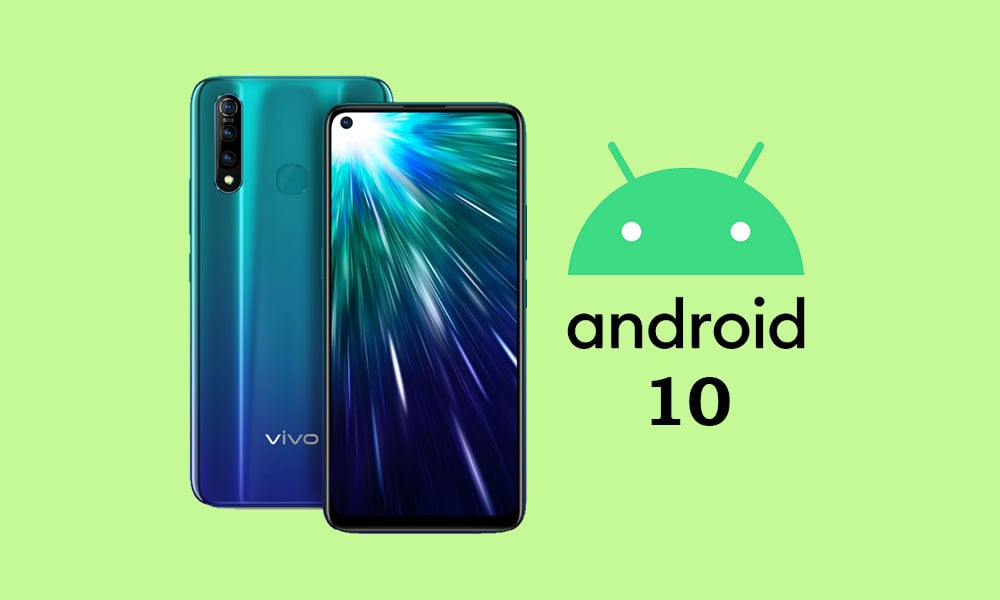 Updated on Sep 20, 2020: Vivo has again listed out the Android 10 Funtouch OS 10 update for the Vivo Z1 Pro model on their website. So, if you haven’t installed the update yet or want to reinstall the fresh one then grab the firmware below:

Updated on Aug 25, 2020: It’s worth mentioning that Vivo has now successfully released the Android 10 update for the Vivo Z1 Pro model under the Greyscale test. All the interested users will soon receive the OTA update notification. Now, without waiting further, there is no other way right now whereas, the Android 11 OS stable version is imminent.

Hi, thank you for reaching out to us. We are glad to inform you that the Android 10 version is released for vivo Z1Pro handset (under the greyscale test). You will be notified soon.

Updated on July 16, 2020: So, it seems that Vivo has pulled back the latest FuntouchOS 10 update for the Vivo Z1 Pro which is based on Android 10. Vivo has officially acknowledged it on Twitter that the company has found some bugs while rolling out the update. Therefore, it has been pulled back to the technical team and they’re working on it.

Vivo India has also mentioned that soon the Android Q update will be available to roll-out again once it’s ready. As there is no official ETA mentioned right now, we can also expect that it may take a couple of weeks or so most probably. Luckily, the OTA update always rolls out in a phased manner, and not all the users receive the OTA notification at the same time. So, not all the Vivo Z1 Pro users may get affected due to the buggy update.

Hi, thank you for contacting us. While rolling out update, we have observed some bug in the software. Hence, update has been rolled back. Our technical team is working on it and soon Q update once again will be ready for update. Thank you for your cooperation always.

Updated on July 10, 2020: Finally, Vivo India has started pushing the latest Android 10 firmware update on the top of Funtouch OS 10 for the Vivo Z1 Pro model. The update bumps up a new software version Vivo rev 6.10.1 that weighs around 3.16GB in size. It brings all the Android 10 goodies along with more stability to the system.

Updated on June 12, 2020: As the Vivo Z1 Pro Funtouch OS 10 update is pushing via batches, it may take some time to appear on all the units. Recently, the Vivo India says that the update process is in testing mode right now and soon start arriving. Just keep checking the OTA update on your device manually and keep checking this article for more updates.

Updated on June 6, 2020: Vivo has finally released the Vivo Z1 Pro Android 10 update officially. Although Vivo devices aren’t known to receive a streamlined or faster software update, it seems that the trend is going to change in an affirmative way. Nine months after releasing the Android 10, plenty of Vivo devices are yet to receive the official stable Funtouch OS 10 update.

As expected, the Android 10 update over Funtouch OS 10 is rolling out in June 2020. Meanwhile, the update is live in India and comes with the software version Funtouch OS rev6.9.11 (PD1911F_EX_A_1.7.6) that weighs around a hefty 3.1GB in size. It offers all the native Android 10 goodies like redesigned UI, new gesture navigation, native screen recording, improved privacy controls, Digital Wellbeing, system-wide dark mode, more.

As the OTA update is rolling out in batches, it may take some time to arrive on all the Vivo Z1 Pro units completely. Meanwhile, all the interested users can manually check for the OTA update on their devices from Settings > System > Software update > Check for updates.

So, coming to the core topic, the Chinese OEM Vivo’s R&D team has mentioned that the FuntouchOS 10 will come soon Vivo Z1 Pro model followed by Vivo Z1x. Although there is no exact confirmation on it whether it’s 100% true or false. But according to the previous released FuntouchOS 10 update roadmap, the Vivo S1 series devices were expected to receive the update in June this year.

So, we may need to wait for the official announcement from the company. But the positive chances are very high at this moment. Meanwhile, we will recommend all the Vivo Z1 Pro users to check for the OTA update manually from the Settings menu. And just not forget that the whole world is going through a major pandemic. Therefore, all the developments, updates, events, etc are getting delayed.

We will keep updating more details on it. Stay tuned for more info.