The hype around Call of Duty: Warzone weapons have been unreal. It offers uniquely realistic gameplay indeed. The topic at hand revolves around the CR 56 AMAX Rifle, which is not, by any means, the most potent weapon in its category but offers a great overall experience that one could cherish for a while. This assault rifle has everything it takes to crash the current meta, but only time will tell if it gets adopted by the community.

Call of Duty: Warzone, released as a separate download along with COD: Modern Warfare Season 4, is a new beast in the already cliched arena of Battle Royale games. The game has been quite a sensation, as Activision is a seasoned studio in this genre. Needless to say, they have lived up to everyone’s expectations with the new release. 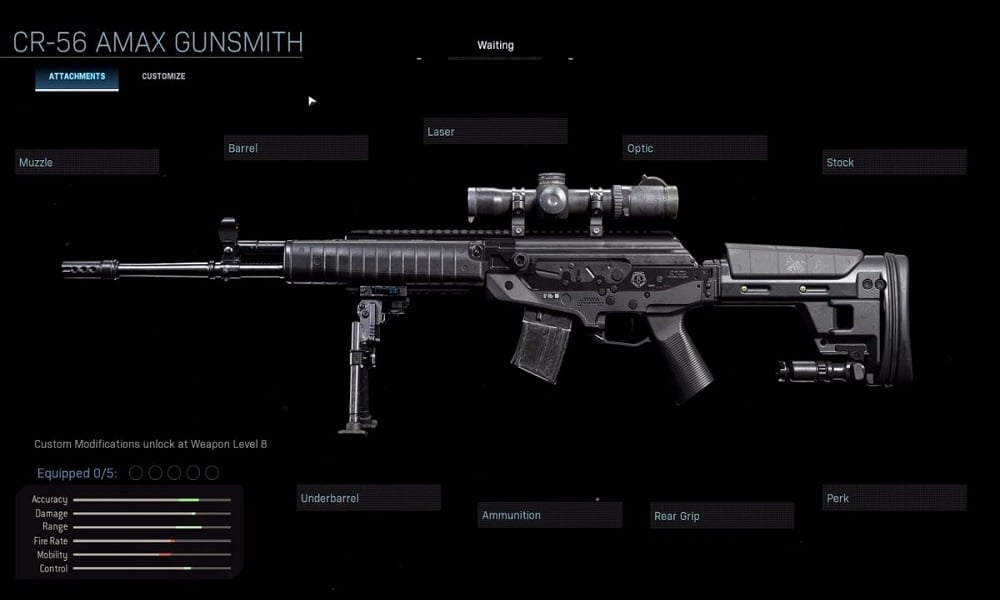 The loadout in today’s discussion is well balanced out, and it does not overdo on much for the sake of not losing out on anything of significance.
It focuses on the Range, Recoil, and Mag Size, to begin with, the three necessities that one cannot afford to overlook. Now the only issue with the AR is its ROF (Rate of Fire), which is why its recommended to use SMGs at a close encounter battle, or basically any sidearm that offers a greater ROF than the CR 56 AMAX

The following is the recommended loadout when using the CR 56 AMAX:-

Now, this Assault Rifle works great in long-range combat. Therefore it shall only be used for the encounters as mentioned above in order to maximize the efficiency of the weapon. Additionally, carrying He grenades/Flashbangs with you is always a wise choice; thermal imagery is one of the most underutilized tools in the game. Pick your additional equipment carefully to suit your primary weapon and compliment it in the most desirable way possible.

If you want to use the CR-56 as a short-range combat rifle, these are the best possible loadouts you can use.

Now you can see that the CR-56 Amax is the jack of all trades. It is a capable combat fighter allowing with a long-range fighting tool. So it’s your choice to use it with any of the above attachments you like and make it the most capable gun.

That’s all we had for you with the CR-56 Amax and its best loadout for long-range along with short-range. We hope this guide helped you. If you liked this, we have more amazing stuff here at Windows Troubleshooting Guides, Gaming Guides, Social Media Tips and Tricks, iPhone Tips, and Android Tips. You must subscribe to our YouTube Channel in order to participate in our $150 giveaway contest. By the way, if you have any queries, doubts, or feedback, do comment down below with your name along with e-mail ID, and we will respond shortly. See you soon, gamers