With the latest addition of Grau 5.56, a new assault rifle, to the range of weaponry in Call of Duty Warzone, players are going mad over the weapon. Looking at the gun, the Grau 5.56 is very similar to the M4A1 in terms of class and stats. But the real problem arises with the M4A1 maniacs – those people depending on the classic M4A1 to slay the battlefield.

And with the arrival of Grau 5.56, these players are left puzzled, deciding whether to change their current weapon or not. So today in this guide, we’ll be comparing both these guns against each other to see which one leaves a champ, taking into consideration the different battling conditions and categories such as their rate of fire, damage, mobility, etc. So without any further ado, let’s dive further into the Best Assault Rifle in Warzone: Grau 5.56 vs M4A1. 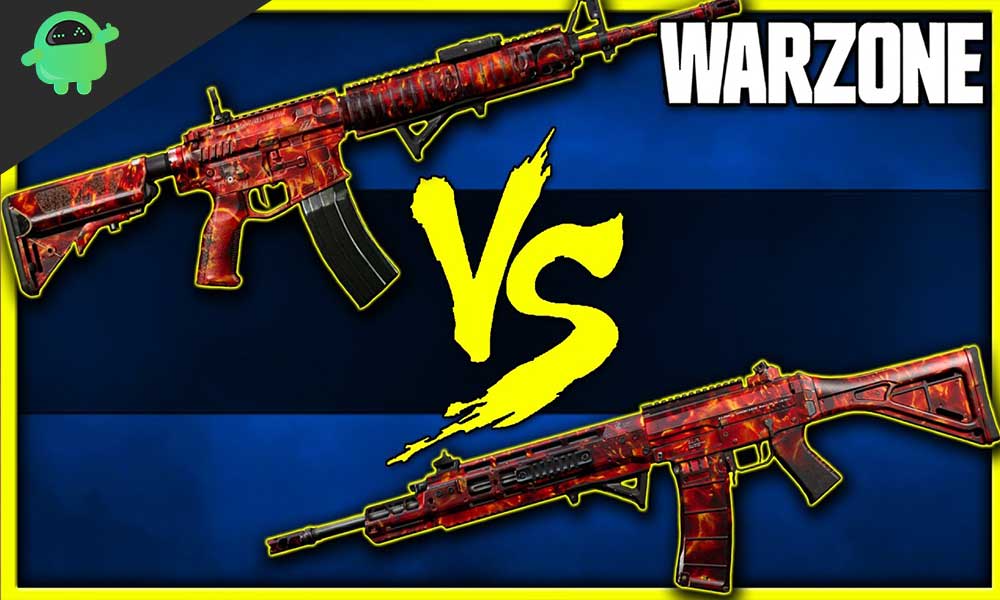 Looking at the rate of fire of M4A1 and Grau 5.56, the M4A1 is designed with 833 Rounds Per Minute, whereas the Grau 5.56 is a little bit slower with a lower Rounds Per Minute of 750. Right now, we know that M4A1 is a better choice, provided that it has a better rate of RPM. So even if you’re going to miss a few shots, you’ll still be able to get some damage in with the M4A1’s increased size of RPM. 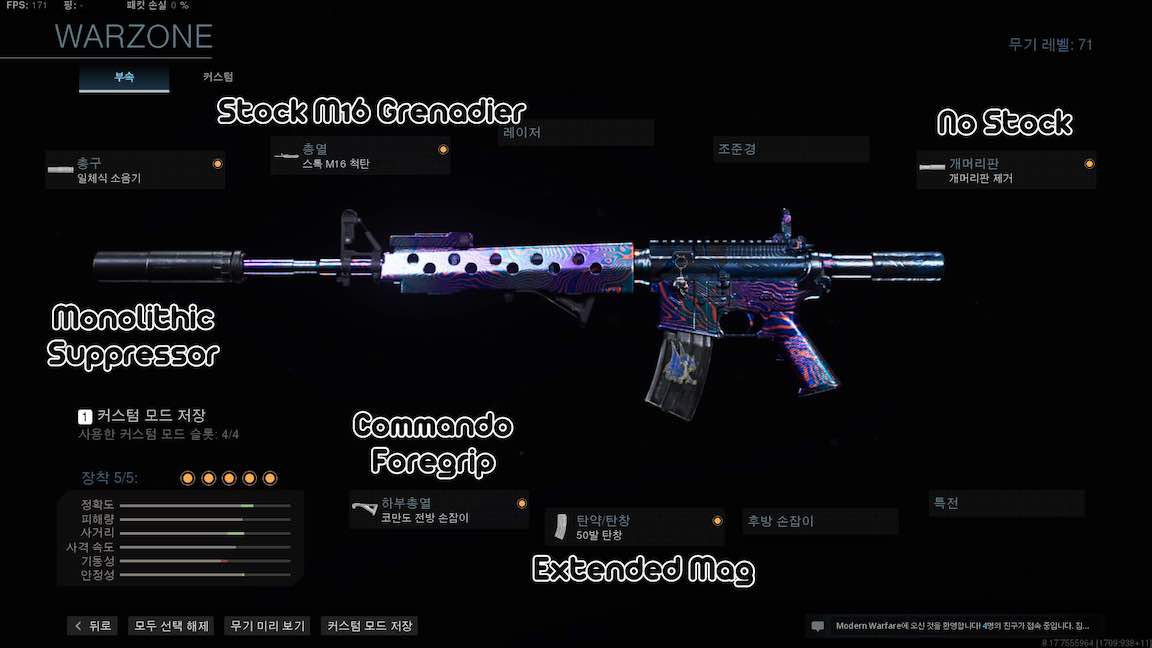 Provided that the M4A1 has a better RPM compared to the Grau 5.56, it is bound to throw in some extra damage as it stands at 389 Damage Per Second. While the RPM of Grau 5.56 is a little less, this affects the overall damage that the gun can deal, making it 350 Damage Per Second. So looking at the damaging side, the M4A1 here too has a slightly advancing edge over the Grau 5.56.

Next up, we’ll measure how much time it takes for both the guns to aim down the sight. This is an important aspect of the battle while you’re facing someone in the medium-range. So the M4A1 here takes 250 milliseconds to aim down its sight whereas the Grau 5.56 will help you aim down the sight in just 234 milliseconds. This is an important thing to consider if you’re someone with a charging playstyle and going in with the Grau 5.56 will be your best bet in this instance.

Since players are always looking to upgrade their gears, here’s how the upgraded stats stand out:

Mobile is another important matter that players look into while choosing their ideal weapon. Whether you’re running away from enemies, into the next circle, or on a mission to reach your teammates, mobility plays an important role here. The M4A1 comes with a 95% movement speed while the Grau 5.56 has a better number of 96.5% movement speed, making it the ideal choice if mobility is your top concern.

The upgraded versions of both guns will have a reduced movement speed, which stands like this:

The reloading speed is also an aspect of mobility, provided that a good reload speed is one of the vital things you need in survival. The M4A1 here comes with a reload speed of 1.39 seconds and the Grau has a speed of 1.32 seconds, making it a much better mobile weapon. So looking at the damaging side of the weapons, the M4A1 dominates with a slightly better edge while the Grau 5.56 dominates mobility wise.

Finally, we’ll look at how much recoil both the guns have. Recoil is a big factor when it comes to gaming, which is something that pisses us off. As a gamer, it will take you plenty of gaming hours and practice sessions to master controlling the recoil of guns. However, the recoil of both the M4A1 and Grau 5.56 is almost similar, with a pattern that keeps going upward. The condition remains almost the same even after any upgrades to either of the guns. However, you might experience that the M4A1 will slightly veer to the right while shooting but the Grau 5.56 almost keeps upwards and not big directional shifts.

Summing up our guide, we now know that the M4A1 is much dominating in the damaging aspect of the game whereas the Grau 5.56 is most concentrated on better mobility on the battlefield. Breaking down the stats and choosing one winner out of the two can be a bit difficult as both the guns have advantages at different battling conditions. So we conclude that deciding on which of these to use depends upon what is ideal for you. Some prefer a more damaging powerhouse while some players play with extreme strategies and prefer mobility. That said, we hope reading the guide above has brought some valuable information and help to you. Please let us know by commenting down below if you have any further queries regarding the same.