World of Warcraft: Shadowlands marks the eighth edition to the online role-playing game World of Warcraft series from the house of Blizzard Entertainment. The new edition will reveal the Shadowlands, which is a domain solely for all the dead in Warcraft Lore. Shadowlands release is sometime later in 2020. The team at Blizzard provided XP boosts for players in response to being stuck indoors for the COVID-19 pandemic. This boost became popular amongst the fans, and Blizzard has decided to continue it till Shadowlands is launched.

The game is set to take off shortly after Sylvannas decides to deploy her new powers to seek revenge on the Horde & Alliance. Sylvannas is able to do this after taking up the role of Lick King by defeating Bolvar Fordragon.

Blizzard has confirmed that Shadowlands will feature new, improved game mechanics. This includes new zones, loots, and talents. Players can also explore and traverse the Shadowlands, participate in raids, and also be part of the interesting new faction system. Even though the XP boost was a good gesture and welcomed by players, it showcased the flaws in the leveling system for newcomers in World of Warcraft.

At first, players begin at the Eastern Kingdoms and Kalimdor continents, as per the original storyline. Then players are required to undertake quests that were originally for World of Warcraft: Cataclysm (Third edition). Once players reach level 60, players have to travel backward in time to Wrath of the Lick King or The Burning Crusade. And then be dropped into the future once they cross the Mists of Pandoria. Now everything seems to be in order. 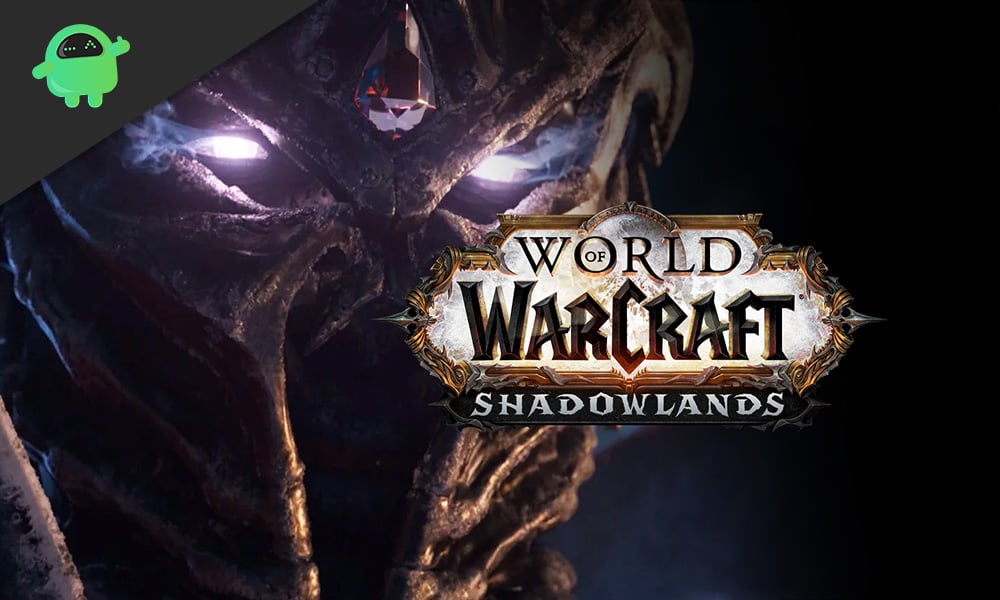 How World of Warcraft: Shadowlands Will Change Levelling

Despite the fact that players choose the path, the majority of the players will notice their levels increasing fairly quickly. This increase will be so fast that players won’t have sufficient time to spend on completing the leveling zone’s story. The problem is much more serious for experienced players since they receive additional XP boosts using the heirloom gear.

Blizzard is already aware of the existing issues with their leveling system and has tried to make things much easier to understand. With the launch of Shadowlands, WoW developers should be able to finally address this issue. An all-new starter-experience ‘Exile’s Reach’ is projected for newcomers along with a level cap to 60 from the prior 120.

Normally, players start their leveling journey that is widely spread across different zones. Based on their race, players will start in their specific zone. For instance, Elwynn Forest is for humans, whereas Tirisfal Glades is for the undead.

Lead Designer for WoW, Kevin Martens, said that they have tried to keep the racial zones as authentic as possible, with respect to the veteran players. But time has come for WoW to introduce more modern aspects to this. Martens is aware of players who have even met their partners in certain starting areas and have tried to retain its most true elements but with modern updates. As a result, there will be more players included now.

Players will help in aiding injured soldiers, regroup with their team and then finally battle against the native ogres. By the way, these ogres are trying to resurrect a dragon. Throughout the experience, players will learn about the WoW basics. Each class will have its own unique experience, along with a quest to practice combat rotation.

With the introduction of Shadowland, players can expect to feel a more social and immersive experience throughout their journey. Players that have started in Northshire Abbey will only get to witness some of the older arts. In the new zones, players can see modern pieces that showcase the game engine’s abilities. To maintain an original WoW feel, Exile’s Reach has retained some of the favorite monsters. For instance, in Elwynn Forest, players can fight the Murlocs, or in Durotar, they can fight against Harpies.

Experience players will have the freedom to choose where to play between the Battle of Azeroth and Shadowlands. However, Blizzard has tried to increase the storyline experience from each expansion while progressing through levels with their character.

Shadowlands Alpha had recently made to the headlines when a speed leveler managed to progress from level 1 to 50 within 7 hours. This time would vary for each player and the extent to which they choose to experience the storyline of each level.

Compared to previous expansions like The Burning Crusade, the modern editions of Battle of Azeroth or Legion may seem much more efficient owing to improved zone layouts and quests.

Players will be able to unlock demon hunters and death knights once they reach level 8 in new Shadowlands. This guide was to help the players of World of Warcraft: Shadowlands understand the leveling change in the game. We hope you find this guide useful. Further, if you liked our guide, why not go and check our best iPhone Tips and Tricks, PC tips and tricks, Games and Android Tips and Tricks. You can also subscribe to our very own YouTube Channel and participate in the $150 giveaway contest. Likewise, if you have any queries or feedback, do comment down below with your name and e-mail ID. Happy gaming!