The Theater of Pain is set in Maldraxxus. This means you need to go there for defeating the bosses. Moreover, you will have to face a total of five boss battles in total. Out of these, you can fight the second, third, and fourth bosses in any order. Now, the players are facing a tough time with this, so as usual, we are here to help.

If you are one of those World of Warcraft Shadowlands players who are looking out to defeat the Bosses of Theater of Pain, you are in the right place. So without sticking anywhere else, let’s jump in. 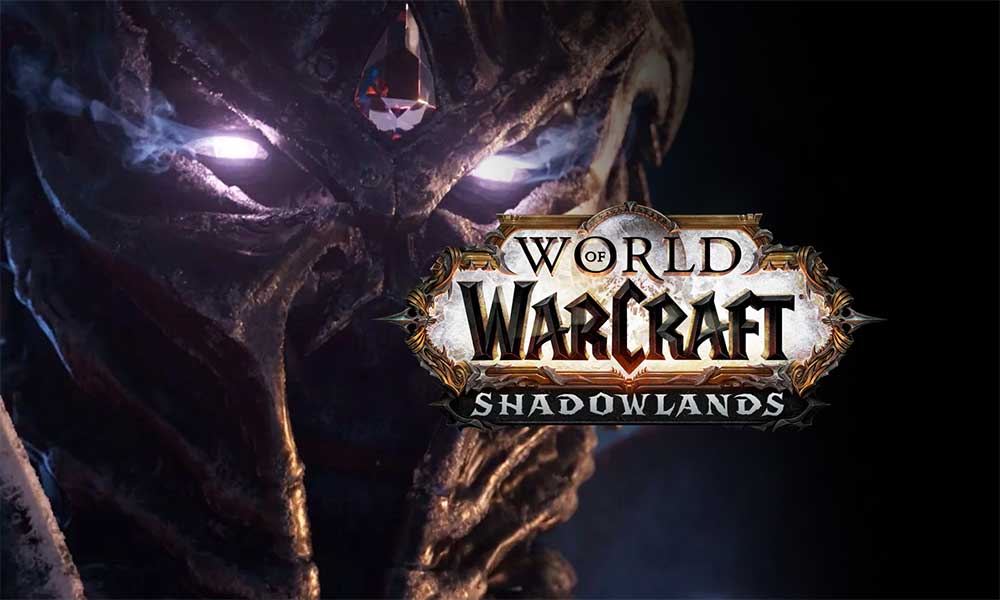 World of Warcraft: Shadowlands: Defeat the Bosses of the Theater of Pain

Here are the five bosses discussed in detail whom you need to defeat in Theatre of Pain. Go through them carefully. 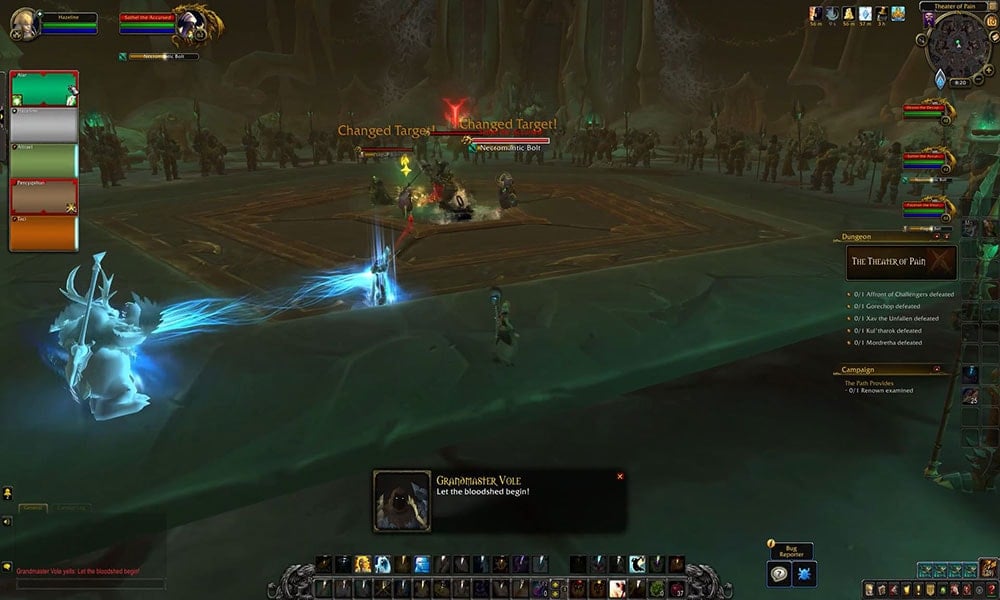 In the Affront of Challengers, you have to fight three bosses. These are Sathel the Accurses, Paceran the Virulent, and Dessia the Decapitator. It would help if you preferably fought them in this order only to make it easier for you to win.

When the health of these bosses comes down to 40%, they get some unique capability. The Sathel, for example, gets a 30% health shield. You cannot harm Sathel while the health shield is up. Dessia also develops a similar shield, but this can be broken with Soothe.

Dessia will, however, target some member of your party, which can prove to be a real loss. So focus on targeting Dessia. Paceran develops the ability to drop Noxious Spores at the players in every eight seconds. Following are the bosses: 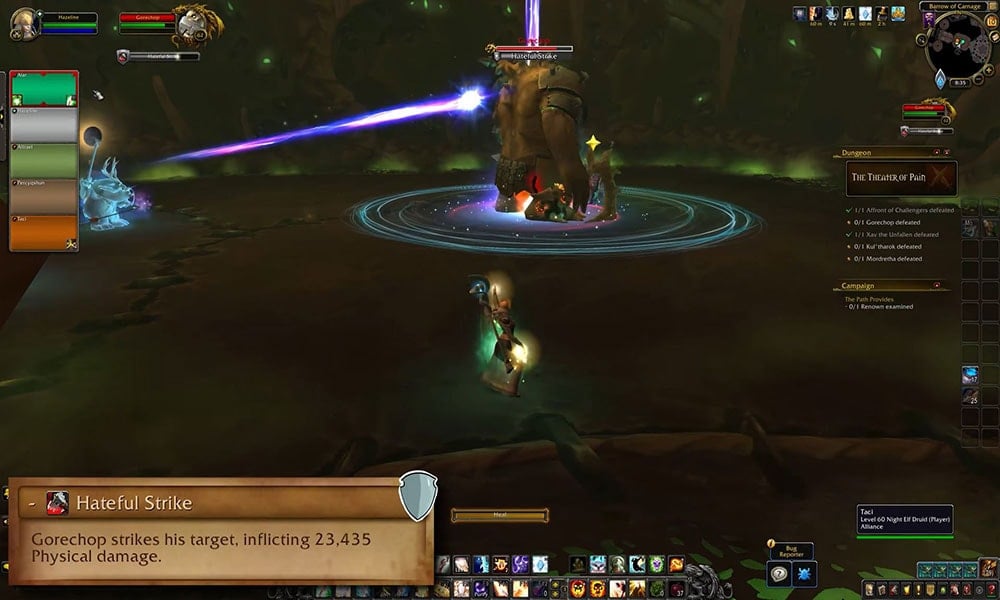 The Gorechop tests the limits of your tanks. You will need a lot of cooldowns for this. One of the skill s that is very useful here is the Hateful Strike. Be ready to take this ability as soon as it becomes available. The Gorechop uses Meat Hooks against you. You have to keep dodging these while trying to get to Gorechop. One of the deadliest bosses in Theater of Pain.

Another strength of Gorechop is its ability to summon everyone to his spot. This force will pull you also towards Gorechop. Just run away and make sure the ADS does not get out of your hand. This will eventually defeat Gorechop. 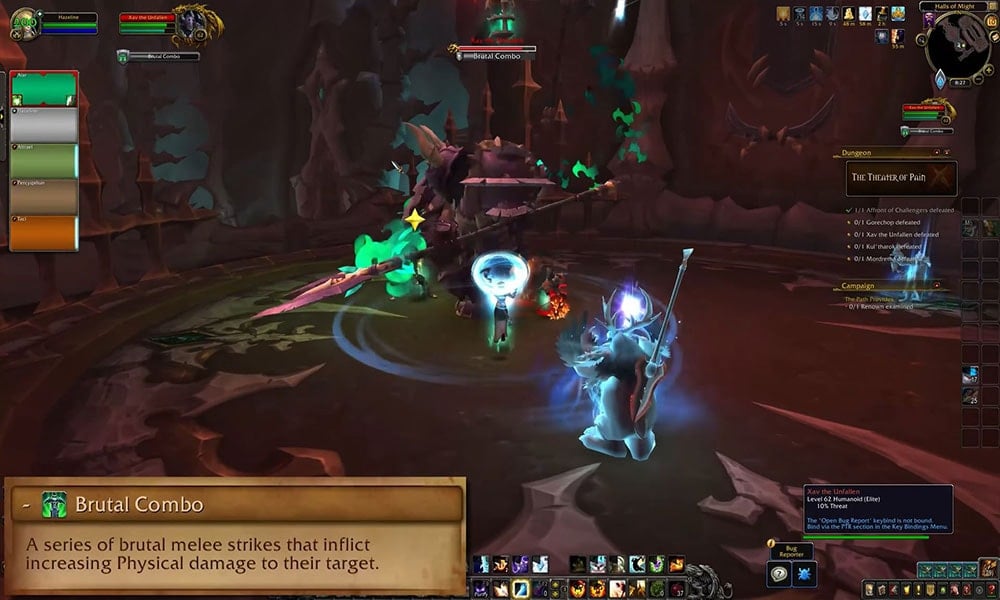 Xav is a dangerous opponent. There is a lot he has that you have to fight against. Xav will make your team members fight amongst themselves. Two DPS characters are made to fight each other in the arena. You get to choose who amongst these comes out with a damage bonus. The winner of the combat gets Glorified, which grants him a 10% buff.

The loser in the combat, on the other hand, gets Bloodied. In case nobody comes out as a winner, then both the DPS characters in the combat will get Bloodied.

Meanwhile, the Brutal Combo will try to hit the tank. Keep a watch for this. Also, be alert about the Oppressive Banner that Xav will plant on every member of your team. This will reduce the movement speed by 15% every three seconds. The entire team has to get rid of the banner.

What comes after the banner attack is the Might of Maldraxxus combo. This is a combination of three back to back moves from Xav, which can come in your direction randomly in any order. The three moves are: 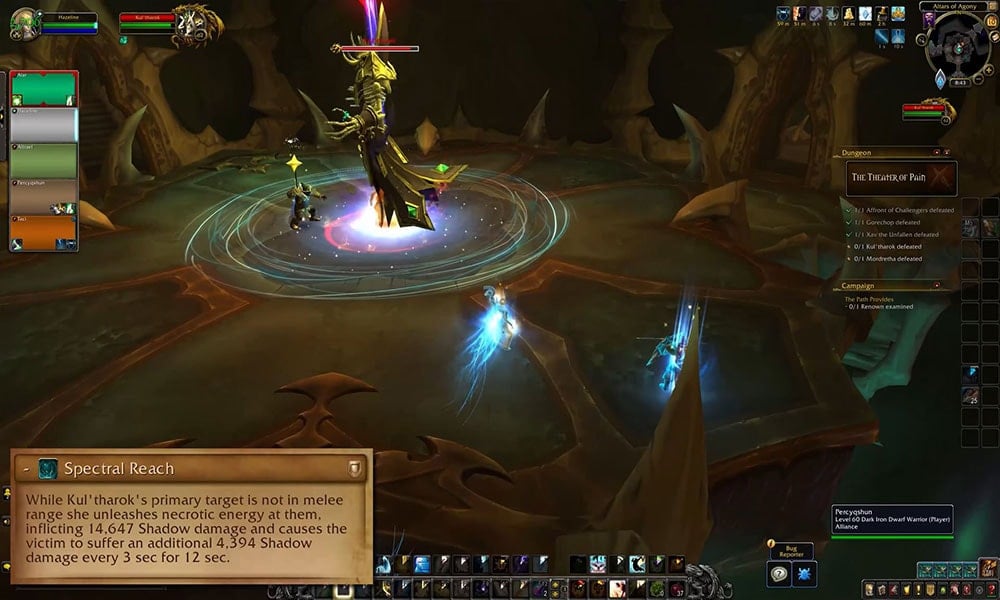 Interestingly another deadly boss in Theater of Pain, Kul’tharok, can cause an existential crisis. The Draw Soul is cast on two members of your party. This will make the soul NPC of the target members hover in the platform. The members have to track down the soul and touch it. Each will get 20 seconds for this.

Kul’tharok throws another hurdle during this soul searching, which is the Grasping Hands. This loots the player of 10 out of the given 20 seconds. Once you get the soul NPC back, your damage will be raised by 30%. However, if you fail, you will get hypnotized, and only a party member can save you.

Phantasmal Parasite is another attack by Kul’tharok. Your healer can get you out of this attack by dispelling it. 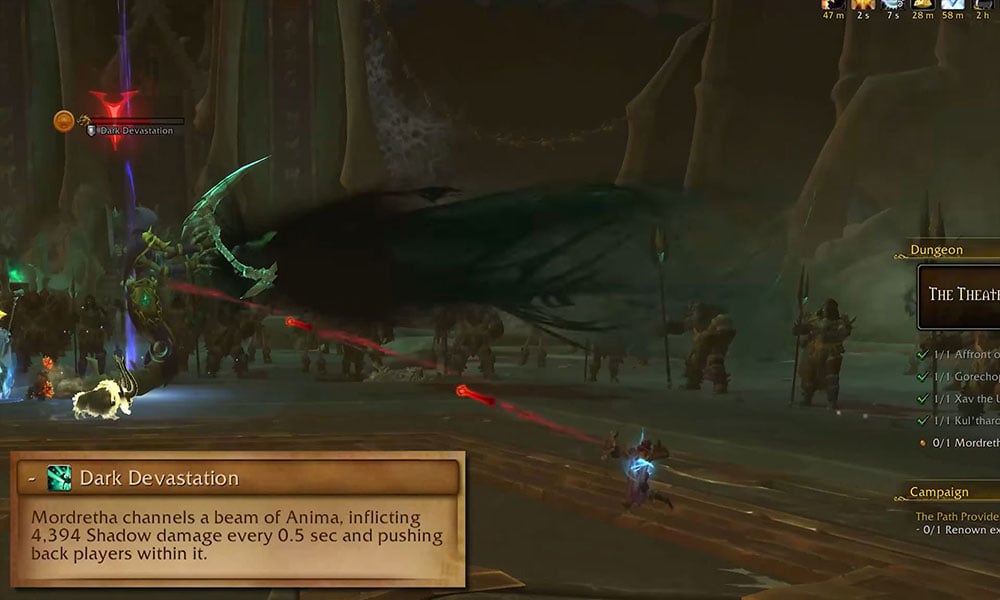 Mordretha is a gifter with many abilities that she will use against you randomly with no specific order. Following are her attacks:

Reaping Scythe: This a combination of magic and physical attack. This one is used more than other forms of attack.

Dark Devastation: This is a beam of Anima. It starts at your tank. Gradually it begins to move towards a specific direction. This can cause serious damage to you, so just dodge it.

Manifest Death: This will turn one of your own party members against you. The member will actually become a time bomb and will be capable of making three bomb explosions. Once the bombs explode, Mordetha can summon an add, which is a caster.

Grasping Rift: This rift is basically a vortex that pulls every member of your party into itself. All you can do is run far away from it.

Echos of Carnage: Mordretha will use this ability when her health is reduced to half. This consists of two attacks- Echo of Battle, which produces whirlwinds that can be dodged, and Ghostly Charge, which can be prevented from causing any damage by staying away from the center of the arena.

Well, that’s all we have for you with defeating Bosses in Theater of Pain. If you were having a tough time at World of Warcraft, we hope this came in as a huge sigh of relief. For more gaming and other updates, subscribe to our YouTube Channel. Also, check out our Gaming Guides, Windows Guides, Social Media Guides, iPhone, and Android Guides to know more.