The devices slated forPie will usually have to go for a beta testing. Then if everything goes fine then stable Pie update will be rolling out soon as well. As of now, the Mi Mix 2S, Mi 8 and Mi 8 Explorer are running beta iteration of the Pie OS. 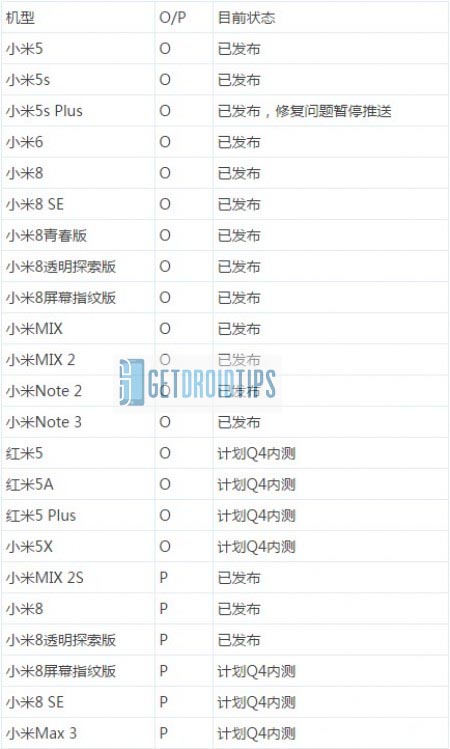 Now, let’s throw some glance at the plot twist we earlier mentioned about. According to Xiaomi, the older devices and the phones that already have two system updates under their belt can’t have the Pie OS. Now, this is a very contradicting situation. Xiaomi’s Mi A1  was recently spotted on Geekbench with Android 9.0 Pie. So, according to Xiaomi, if any device that has received two or more updates, they won’t get a slice of the Pie.

Maybe the Chinese OEM has some different plan for the Android One devices. Also, Xiaomi gives the assurance that in case a device doesn’t get a system upgrade, it will keep getting its security patches in duly in time. So, it will be interesting to see which Xiaomi device gets to taste the stable Pie towards the end of 2018.