Xiaomi Mi 5 is a dual SIM smartphone launched in September 2016. The phone comes with a 5.15-inch touchscreen display with a resolution of 1080 pixels by 1920 pixels. It runs on 2.15 GHz quad-core Qualcomm Snapdragon 821 processor and 3 GB of RAM. It comes with Android 6.0 Marshmallow out-of-the-box. This device packs a 64 GB of non-expandable internal storage.  Xiaomi Mi 5 brings a 12-megapixel primary camera on the rear and a 4-megapixel camera on the front.

Project Treble is Google’s brainchild. It came into existence to solve the ever pertaining slow system updates. OEM specific OS updates are sometimes even slower. Most of the times you can see users complaining of not getting the update in time.  Google’s Project Treble will put the OS framework separate from the vendor’s implementations. Manufacturers will be able to provide latest system updates by updating the OS framework.  Treble has now been integrated with Android Oreo 8.0. It’s mandatory for all the Android 8.0 based devices to have it.

Since we are talking about Android 8.0 Oreo and how it plays an important role in the existence of Project Treble. Let’s now see in a nutshell what does Android 8.0 Oreo comes packed with. Android 8.0 Oreo is the current and 8th released sweet from Google. It is the latest iteration of Android OS after the release of Android 7.0 Nougat. Android Oreo comes with features such as New app notifications, notification dots on app icons, picture-in-picture mode, Android Instant App compatibility, Auto-fill (like on Chrome), Better copy and paste, Faster Android behind the scenes, Better battery life with more advanced Doze mode, and more. to know more about android Oreo you can check Top 10 features of Android Oreo.

As the rule of thumb goes your device bootloader needs to be unlocked. Once you have unlocked the bootloader, you can simply flash the Xiaomi Mi 5s AOSP 8.0 Oreo Project Treble ROM zip file.

Step-1 First of all you have to Unlock Bootloader on Mi 5s. 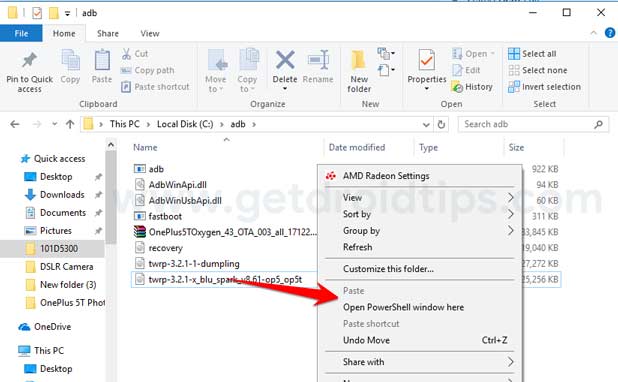 Step-9 Type the following command to flash the system image:

Step-10 Now boot into Stock Recovery, Here is the method to boot into Recovery or you can type the following command

So, that’s all about it. Install the Project Treble ROM on Xiaomi Mi 5s and enjoy.