XIaomi, a Chinese smartphone manufacturer launched this year Mi series flagship smartphone on May 31, called XIaomi Mi 8. At the launching event, the company also announced a Mi 8 Explorer Edition. The Mi 8 Explorer Edition comes with more powerful specs on board than the original Mi 8 phone. It also has a translucent glass on the back side just like the Xiaomi Mi 6 bright silver exploration version. Since the announcement, the phone has been elusive. 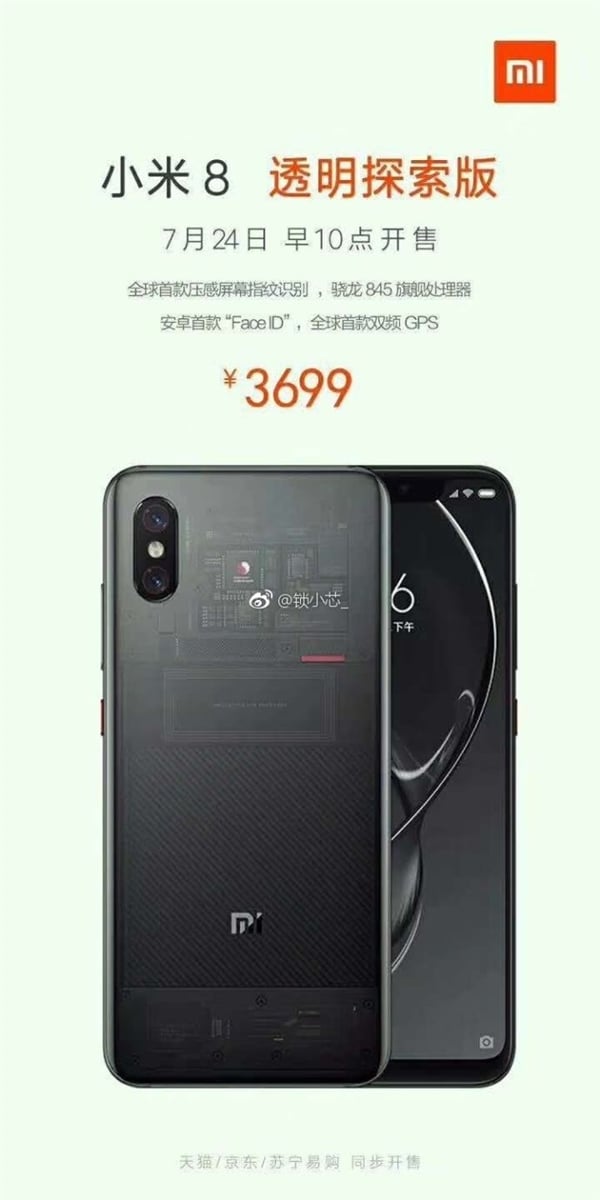 Now there is speculation that the Mi 8 Explorer Edition will available to buy in China, soon. Recently, the phone appeared on TENAA and got certified after a month and a half month it announced.

Now a teaser leaked on Weibo that suggests the Mi 8 Explorer Edition will go on sale on July 24. On the teaser poster, date, time, and price also mentioned. According to the poster, the Mi 8 Explorer Edition phone will available at 3699 yuan (~$552) and the will go on July 24 start from 10 AM in China. As of now, there is no word when the phone available outside China. 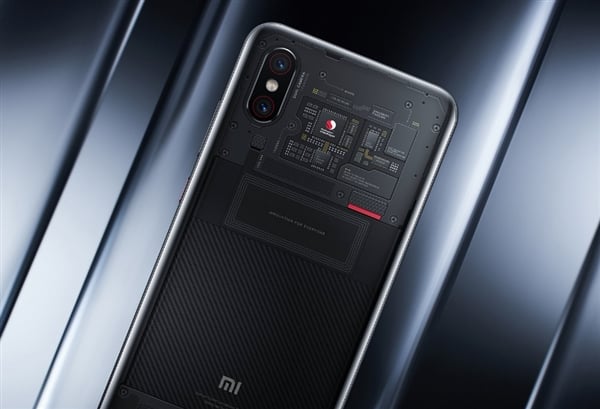 XIaomi’s Mi 8 Explorer Edition comes with 6.2-inch Super AMOLED display with 1080 x 2248 pixels of resolution. The phone powered by Octa-Core Qualcomm SDM845 Snapdragon 845 Processor under the hood along with Adreno 630. Xiaomi Mi 8 Explorer Edition has 8 GB of RAM and 128 GB internal storage, there is no micro SD card slot on board. It runs on Android 8.1 Oreo operating system out of the box and packed with Non-removable Li-Po 3000 mAh battery inside the body.

There are Dual 12-megapixel cameras on the back side of the phone with LED flash. On the front side, there is the 20-megapixel camera for selfies and video calls. It only comes in Black (transparent back) color model.