XIaomi officially confirmed the launch date of its upcoming Mi Max 3 with a large screen and more powerful smartphone, July 19. The phone already got certification from TENAA and revealed some specs of the phone. And also several images leaked its design too. Now, the new teaser released and a retail box of the phone leaked. 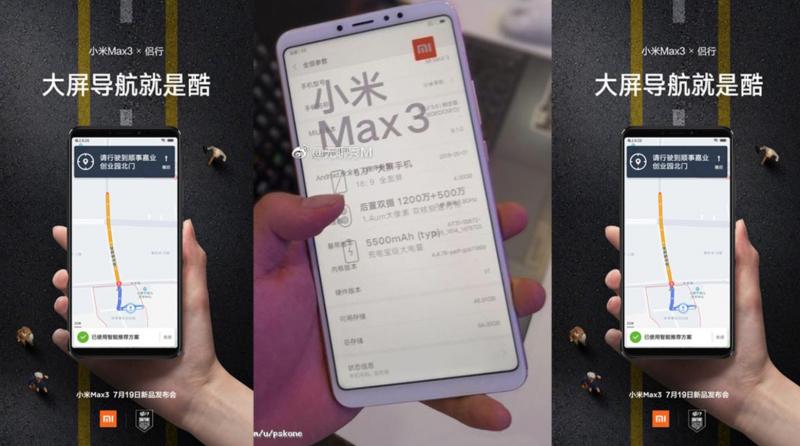 As you can see the above teaser image promoting the large display and how it is great for navigation. There are very thin side bezels which makes it great for one hand use. On the top and bottom of the display, there are almost the same bezels. The top bezel carries sensors, earpiece and front camera, there is no capacitive button on the bottom bezel. 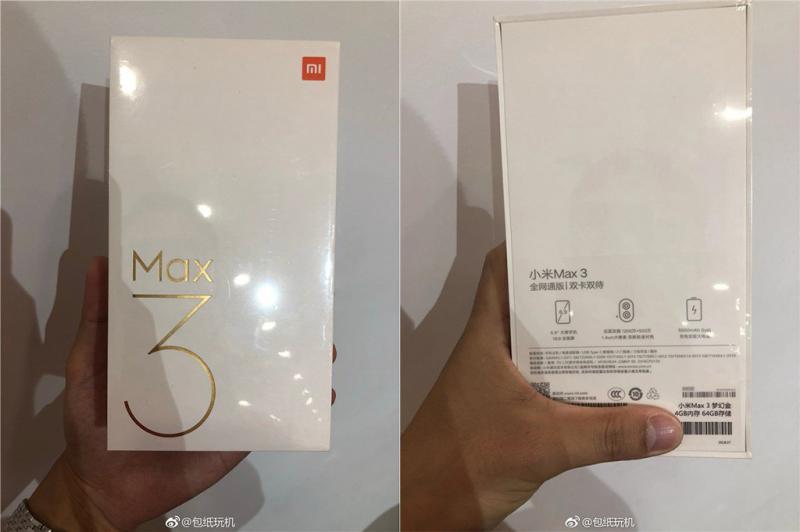 On the other hand, there is another leaked image of the Xiaomi Mi Max 3 retail box. According to the leaked image, the Mi Max 3 comes with a 6.9-inch display that supports 2160×1080 pixels of resolution and offers 18:9 aspect ratio. There are dual camera sensors on the back side, 12-megapixel with 1.4 um large pixel and 5-megapixel secondary camera. The hone runs on MIUI 9 out of the box which is quite disappointing as XIaomi’s several phones currently running on MIUI 10.

There is 4 GB of RAM and 64 GB internal storage on board. Inside the box, there is a dreamy Gold color model present.  The phone packed with 5,500 mAh capacity battery inside the body. Th Mi Max 3 supports dual SIM card, USB-C port. The Mi Max 3 powered by Octa-Core CPU under the hood along with Qualcomm Snapdragon 636 chipset.

There are speculations that the company may launch the high-end model of the phone. The high-end Mi Max 3 variant will have 6 GB of RAM and 128 Gb internal storage. It will be powered by Qualcomm’s latest Snapdragon 710 mid-range chipset. The phone also expected to come in 3 GB of RAM and 32 GB of storage. In terms of the selfie camera, there are romurs that suggest that it will come with 8-megapixel camera sensor on the front side for selfies and video calls. It will come with a pre-installed Android Oreo operating system.

The company will launch the Xiaomi Mi Max 3 on July 19th in the Chinese market. As of now, there are no words regarding the global availability.