Two days prior to its public release, Xiaomi Mi Mix 3 pre-order is now live on a Chinese E-commerce website Jingdong Mall. Though the device will release on 25th October, interested individuals can pre-order it before the event date. On the website, there is no mention of any device specifications. Xiaomi is still keeping the specs of its upcoming flagship under wraps. However, only one official image of the Mi Mix 3 is available. 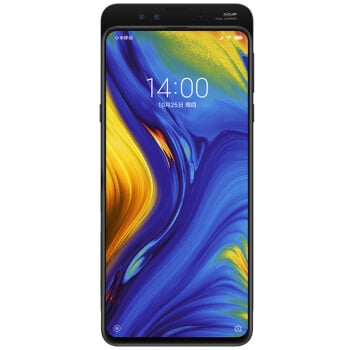 There is no mention of the actual price of the product on the website. It has been listed as CNY 9,999. we guess the real price will reveal on 25th October itself. Though there is no mention of specs, various official and non-official sources have revealed them time and again. Yesterday, Xiaomi’s global spokesperson shared a teaser video stating that Mi mix 3 can shoot slow-motion videos at 960FPS. It will also have a slider based front-face camera with a fast 3D face unlock.

Also, as we have seen in leaked images and from the above official image, Mi Mix 3 flaunts a Full HD+ AMOLED display with very slim bezels. It will have the famous in-display fingerprint sensor. Xiaomi has high hopes from this flagship. Mi Mix 3 may be the first ever device to bring support for the 5G connectivity. Mix 3 will be available in three memory/storage combination, 6 GB /128 GB, 8 GB /128 GB and 8 GB/256 GB respectively.

Though the Xiaomi Mi Mix 3 pre-order is live, it is apparently limited. Already over a hundred thousand people have pre-booked the flagship. Now that we are too close to the release event, we have to wait and watch, what surprise Xiaomi unpacks along with the release of the Mi Mix 3.