A Chinese smartphone company, Xiaomi has done a great job to keep its upcoming Mi Mix 3 flagship smartphone specifications under the wraps. Today, a Chinese tipster released on the picture that reveals the key specifications of the phone. According to the picture, the Mi Mix 3 could be the first smartphone that powered by Snapdragon 855 SoC under the hood. The company holding an event on October 25th for the launch of Xiaomi Mi Mix 3. 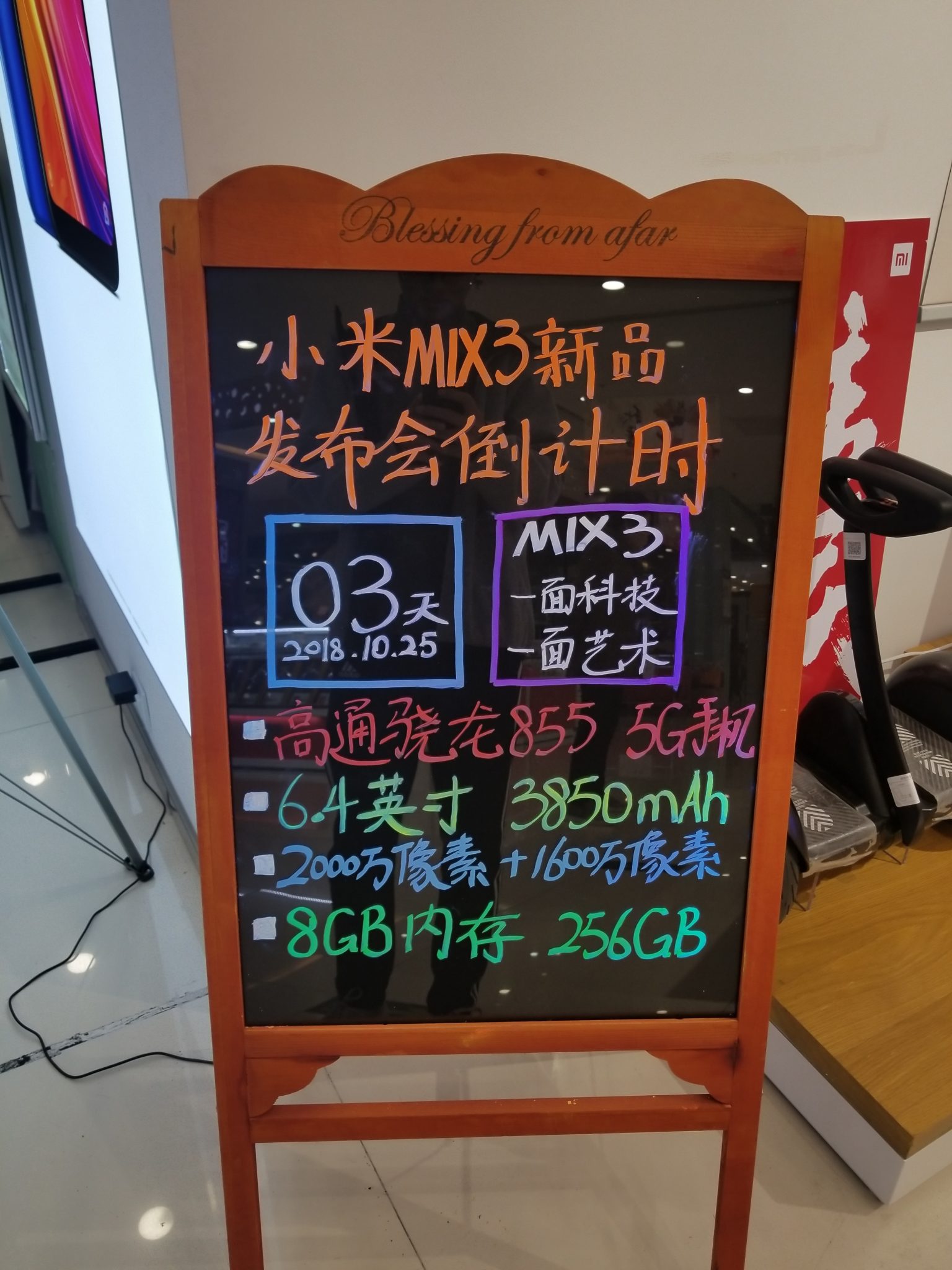 Qualcomm set to unveiled Snapdragon 855 7nm chipset in December 2018. According to the shared image, the Mi Mix 3 will come with 8 GB of RAM and 256 GB internal storage coupled with Snapdragon 855 Soc under the hood. The phone will have dual camera sensors on the back side, 20-megapixel and 16-megapixel. Recently leaks revealed that the new camera sensors will shott video in 960fps slow-motion videos.

The leaked image revealed that the phone will have a 6.4-inch display panel. Recently, Xiaomi shared an image on Weibo that revealed the Mi Mix 3 screen will support 2340 x 1080 pixels of resolution. The phone will have 3,850 mAh capacity battery inside the body. The company already confirmed that its upcoming Xiaomi Mi Mix 3 will come with faster wireless charging technology. The Mi Mix 2S came with 7.5W wireless charging support.

The company confirmed that the phone will have a slider. The slider will have a 24-megapixel dual front facing cameras for selfies. Xiaomi Mi Mix 3 also expected to come with a pressure-sensitive in-screen fingerprint scanner, 3D facial recognition, 5G support and 10 GB RAM variant. The reservation of the phone already started on JD.