This a special year for Xiaomi and the brand will unveil more products in its flagship “MI” series. The day before yesterday, Xiaomi had a conference in India. The brand announces that the “MI” branded smartphones will be back to India and teased some of the upcoming “MI” smartphones. However, the most important announcement was the unveiling of the premium MI MIX Alpha.

The Mi MIX Alpha was unveiled back in September 2019 along with Mi 9 Pro 5G in China. This phone was a concept phone featuring a wraparound display. The device was announced at a price tag of 19,999 Yuan. It was expected to hit the market in December 2019, but it didn’t hit the market. Xiaomi India has listed the Mi MIX Alpha on its website. According to PriceBaba, it will not be able to purchase in India, instead, the brand will be allowing people to experience the concept phone through Mi Home Stores. The brand gave a rough estimate that it would be priced around 2.5Lakh, so the phone will be launched in the future in India.

The Mi MIX Alpha sports a flexible 7.92-inch Super AMOLED display with a plastic finish so that it offers a 4D surround display. The device has a whopping 180.6 % screen to body ratio. The display also sports a display acoustic technology to get rid of the earpiece. This tech also acts as the display as an ultrasonic proximity sensor. The display also uses a flexible ultrasonic in-display fingerprint scanner. Qualcomm Snapdragon 855 Plus which supports 5G powers the smartphone. It pairs with 12GB of RAM and 512GB of UFS 3.0 storage. 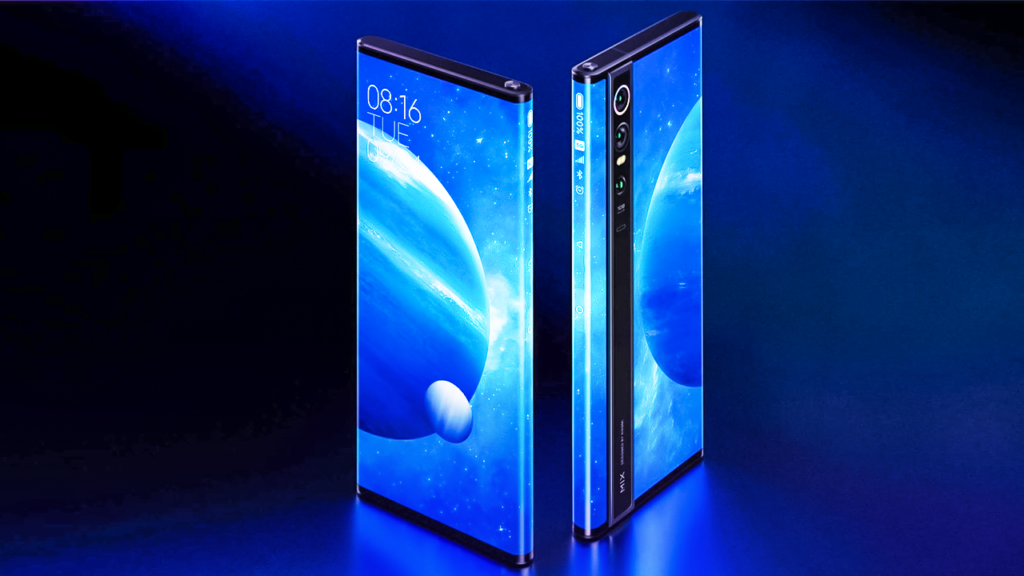 Talking about optics, the device sports a triple rear camera setup which was the first device to sport 100+ MP sensor. The setup includes a primary 108MP Samsung ISOCELL Bright HMX sensor with f/1.69 aperture which couples with a 12MP telephoto sensor with 2X optical zoom and finally a 20MP ultra-wide-angle camera with a field view of 117. This setup also supports 1.5cm macro photography. Additionally, the setup also supports four-axis OIS, Laser focus and a flicker sensor. There is no selfie camera, but you can use the rear camera, by using the rear display as a viewfinder.

The phone packs a 4,0500 mAh nano silicon negative battery which supports 40W fast charging support. The device also comes with a large 1.0cc sound clarity. It runs on MIUI 11 which is based on Android 10.