Here we will discuss the release of Android 9.0 Pie update for Xiaomi Mi Note 3.

Talking about the specifications, Xiaomi Mi Note 3 features a 5.7-inches display with a screen resolution of 1080 x 1920 pixels. The smartphone is powered by Octa-core Qualcomm Snapdragon 835 processor coupled with 6GB of RAM. The phone packs 64/128GB internal memory. The camera on the Xiaomi Mi Note 3 comes with Dual 12MP rear Camera with phase detection autofocus and dual-LED (dual tone) flash and 8MP front shooting camera with autofocus. Xiaomi Mi Note 3 runs on Android 7.1 Nougat out of the box and a Non-removable Li-Ion 4000 mAh battery. It also has a Fingerprint sensor in the front. The handset supports dual sim with 4G on both slots. It comes with connectivity options such as Bluetooth, Wifi, USB OTG, FM, 3G, and 4G. 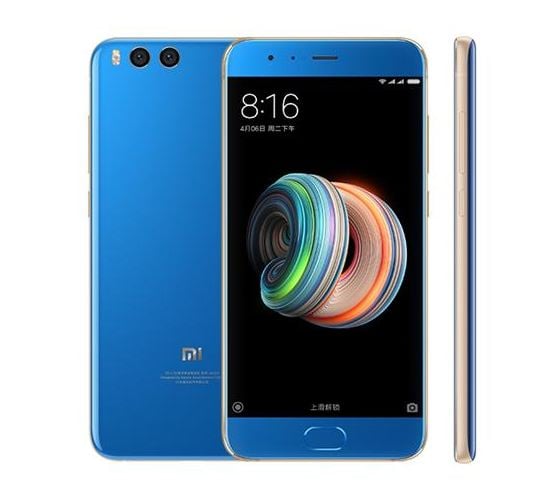 Xiaomi Mi Note 3 is a larger version of the company’s flagship Mi6, the Xiaomi Mi Note 3 is a gorgeous smartphone that comes at an affordable price. The handset came out of the box with Android 7.1 Nougat. This device will get the official Android 8.0 Oreo update anytime soon. But there is no further update whether this device will receive official Android 9.0 Pie update. Xiaomi has not yet announced the device list and ETA (estimated time of arrival), we will keep the post updating. For all Xiaomi update timeline, you check out the List of Android 9 Pie Supported Xiaomi Devices.

Currently, there is no custom ROM available to try on Mi Note 3. So stay tuned to get more info about the update here.

Make sure you have Unlocked Bootloader and installed TWRP Recovery on Mi Note 3.