The Xiaomi devices added to the full display smartphones includes Xiaomi Mi Mix, Xiaomi Mi Mix 2, Xiaomi Redmi 5, and Xiaomi Redmi 5 Plus. This is an evidence of the new trend started by Apple with the iPhone X getting more popular. It is expected that more manufacturer to start building devices with no home button soon. 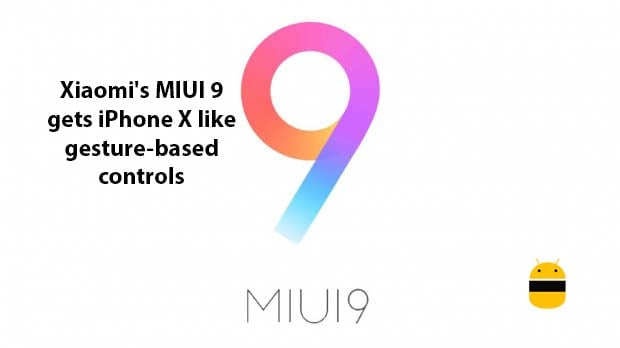 Recently PatricXi an MIUI team member has mentioned the addition of display gestures with the MIUI 9 global beta ROM 7.12.28 on a post in MIUI forum. The gestures added based on reports are:

All these gestures clearly mimic the gestures available on the new iPhone X.

In addition to the gesture-based control, the update will also bring in some performance improvements and bug fixes to the devices. The main fixes to be noted which will include in the update are:

The MIUI 9 global state ROM already started to roll out for all full display devices from Xiaomi. The images of the update leaked previously confirms the addition of gestures similar to the iPhone X already.

I hope this article was useful in understanding everything about Xiaomi’s MIUI 9 gets iPhone X like gesture-based controls. If you have any queries or feedback, please leave a comment below.