Rocket Launchers are usually the most powerful and coolest weapons in almost all shooter games that have them. So is the case in Borderlands 3. Players can get the new Yellowcake launcher which is a limited-time weapon. This is one of the most powerful CoV Launchers in the game. Thus, you may want to try out the Yellowcake in Borderlands 3. At present, the weapon is available during the seasonal Revenge of the Cartels event in the game. However, it’s a bit tricky to get the Yellowcake.

The first-person shooter game has a bunch of insane weapons to choose from. Therefore, trying out all the weapons will allow you to pick a favorite. Unfortunately, as we mentioned above, the Yellowcake is a limited-time weapon. It is only available from April 23 and June 4. Although, we’re almost certain that the weapon will make a comeback in the future. 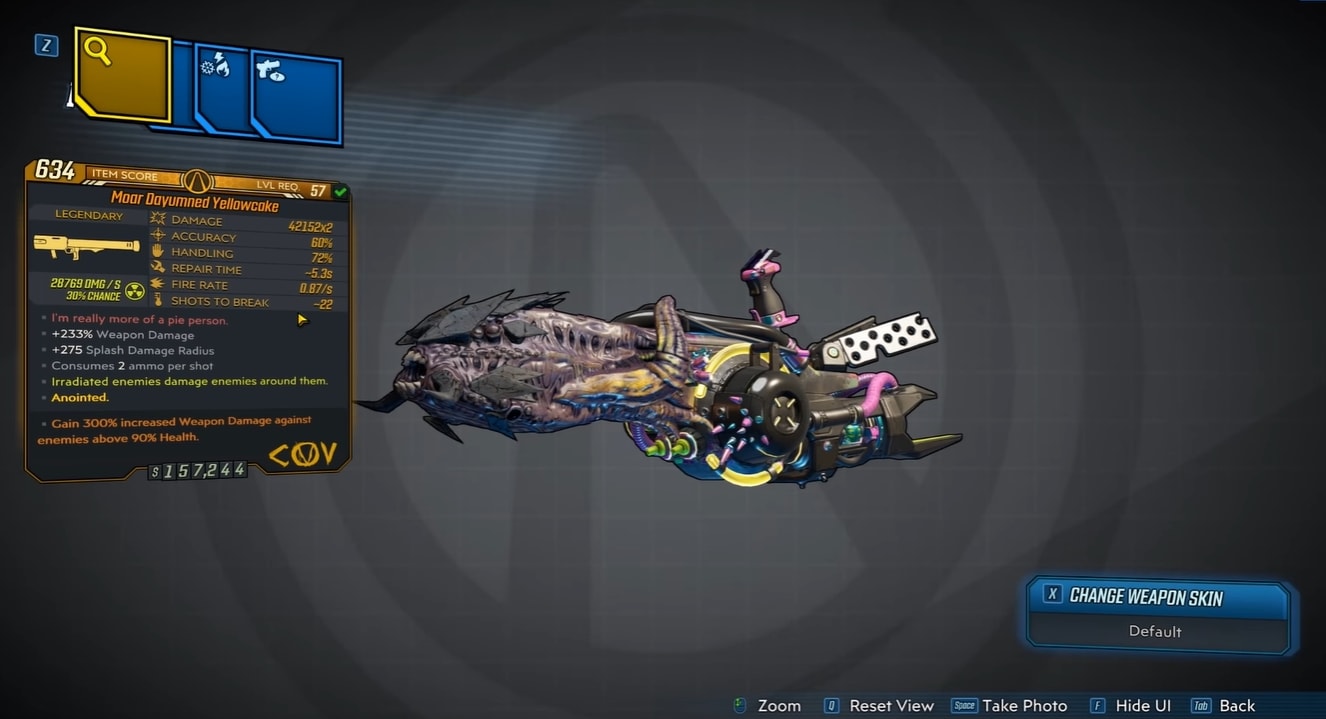 Steps to get Yellowcake in Borderlands 3

The weapon can be acquired by defeating Tyrone Smallums, FISH SLAP!, or Joey Ultraviolet. You must beat any one of these bosses by going into the Revenge of the Cartels event. It’s not guaranteed that you’ll get the Yellowcake by defeating a single boss. Thus, you have to be prepared to take on all three bosses in the Revenge of the Cartels event.

First off, you need to start the quest by finding Maurice in Sanctuary. He will provide you with the quest to kill the three bosses in the game. To get to Maurice, you’ll need to collect 30 pieces of intel. This can be acquired by killing the glowing enemies who drop beacons. In turn, the beacons make the Cartel mobs spawn. The Cartel enemies will drop intel that you must collect. After collecting 30 intel pieces, you can exchange them to gain access to the portal by Maurice.

Maurice will give you the quest to kill the three bosses. They spawn at random locations of the map. Thus, you need to be extra cautious not to skip any area. Make sure to have a good build in order to beat the bosses especially Joey Ultraviolet. Once you’re done with the three bosses, you should now have access to the Yellowcake in Borderlands 3.