Today AT&T started rolling a new firmware update for ZTE Maven 3 with build number Z835V2.0.0B10 (B10). The update comes with Android Security Patch for November 2017 which fixes the security vulnerabilities and bugs found in last software. Along with this update, AT&T also fixed Blueborne virus and other KRACK Wi-Fi vulnerability. Now you can update ZTE Maven 3 to November 2017 Security Patch.

Talking about the specifications, ZTE Maven 3 features a 5-inch FWVGA display with a screen resolution of 854 x 480 pixels. It is powered by Qualcomm Snapdragon 210 processor coupled with 1 GB of RAM. The phone packs 8GB internal memory. The camera on the ZTE Maven 3 comes with 5MP and 2MP front shooting camera. It is backed by a Non-removable Li-Ion 2,115 mAh battery. 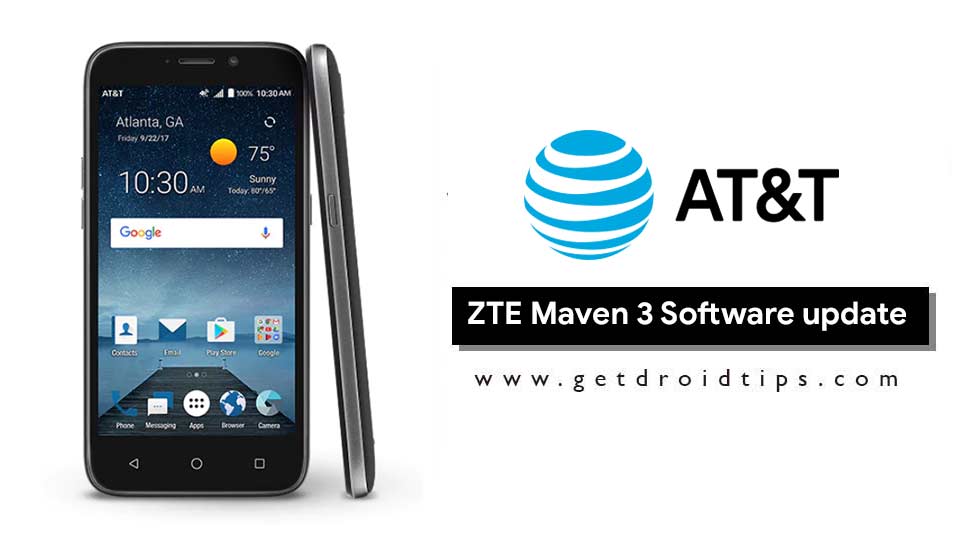 The update is rolling via OTA (Over the air) to all the users in US AT&T carrier. If you have still not received, then don’t panic. The rollout is gradual and it takes few days or weeks to reach every user. So kindly wait for the update notification to show on your phone. You can even try our manual instructions to check for the OTA update on your phone.

According to firmware details, the update is still based on Android 7.1.1 Nougat and this is not a major upgrade. But worth to secure your device to security vulnerabilities. We firmly recommend you to update Z835V2.0.0B10 November 2017 Security on AT&T ZTE Maven 3. There is no information on when we will see Android Oreo update.

Still not received the OTA, then check the instruction to see if you have the OTA update

How to check Software update on ZTE Maven 3:

If you have the update notification on your AT&T ZTE Maven 3, then hit the DOWNLOAD button to start upgrading your phone to latest software version Z835V2.0.0B10.

[su_note note_color=”#fbc5be”]Before proceeding, please make sure your phone has enough charge of at least 50%, take a full backup before upgrading or downgrading your phone. To download the OTA file, you should be on a stable WiFi connection to enjoy uninterrupted software download.[/su_note]