ZTE, a Chinses smartphone company going to launch the new smartphone under Nubia sub-brand, called ZTE Nubia Z18. A promotional poster of the phone spotted in China before its official launch event on September 5th. The promo poster confirmed that the Nubia Z18 will have waterdrop notch design on top of the display. Which means, the Nubia Z18 is the first smartphone from the company that will come with waterdrop notch display. The notch carries selfie camera along with a speaker. In the event invitations, the company mentioned the “Exploration without boundaries”, now the new promo poster also shows bezel-less display. 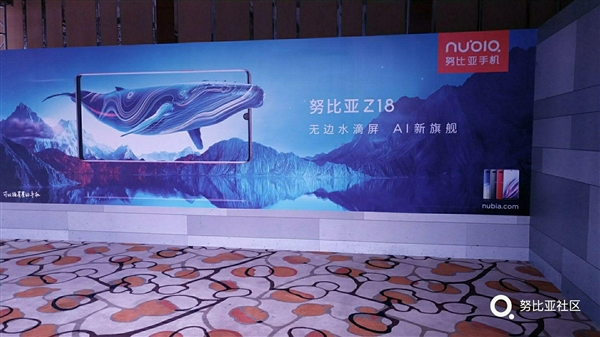 Recently, the ZTE Nubia Z18 appeared on TENAA and showed its under the hood specs. According to the TENAA listing, the Z18 will come with a 5.99-inch display that supports 1080 x 2160 pixels of resolution and probably 18:9 aspect ratio. It will be powered by Octa-Core Qualcomm Snapdragon 845 processor under the hood. The Z18 will have two models, the base model and high-end model. The Z18 base model will have 6 GB of RAM and 64 GB internal storage option while the high-end Nubia Z18 will have 8 GB of RAM and 128 GB internal storage on board. The phone will have dual rear camera sensors, 24-megapixel main camera and 8-megapixel secondary camera. For the selfies and video calls, the phone will come with the 8-megapixel camera.

The phone will pack with 3350 mAh capacity battery inside the body. It also expected to have a fingerprint scanner on the back side of the phone. The Z18 will available in two color options, Red and Black.

The company holding a product launch event on 5th September in Beijing, where it will unveil ZTE Nubia Z18 smartphone. Tomorrow we will get the all the specs and features of the phone after the unveiling.