No doubt you know Superman and his X-Ray Vision. The powers let him scan through objects and people except through lead. Well, apparently, an AI startup company in China is doing something similar although this time, it is using for the sake of recognizing people with higher temperature (aka fever), a common symptom of COVID-19, a pandemic that has spread across 199+ countries affecting more than 650K people at the time of writing this.

Security staff at the Hangyuan Park in Xixi wetland preserve in Eastern China have donned cool futuristic spectacles that they can wear. Well, these aren’t any ordinary specs but Artificial Intelligence-powered specs that can detect someone’s temperature at a distance of 1 meter. 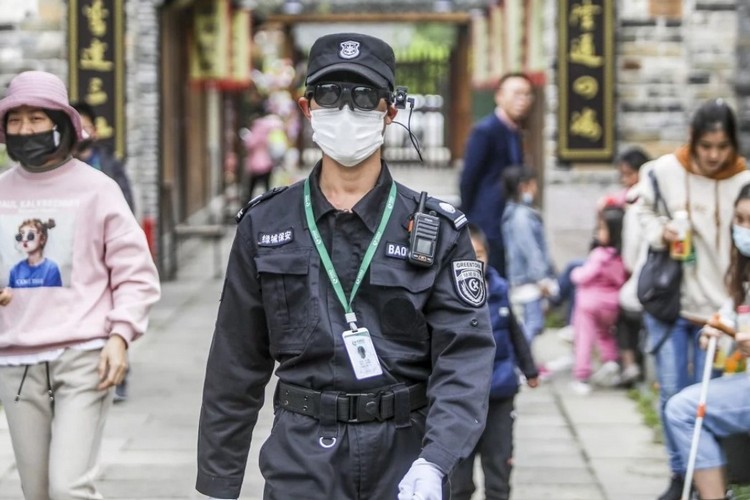 According to a report, these AI-powered glasses enable security personnel to stroll around the park and take note of hundreds of people and once detecting the temperature of each of them. AI alerts the staff when it comes around someone with higher than normal temperature while making a digital record of the same for reference.

The glasses use non-contact thermal augmented reality that can gauge someone’s temperature from a distance of 1 meter paired along with a thermal imaging camera. The startup Rokid Corporation adds that they have been working on these glasses that could use both Superman’s X-Ray vision and Flash’s speed to detect the temperature of several hundred people in less than two minutes.

These specs look almost the same as any RayBan glasses you can have although the difference is the thermal imaging camera that sits just next to the glasses along with a cable giving you a hint that it ain’t any ordinary glasses. Moreover, these glasses can use facial recognition as well.

According to Rokit, they have supplied a few AI-powered glasses to the highway police of Hangzhou as well as the public security bureau and traffic authorities at Quzhou and Huzhou as well. These glasses can help detect a potential patient with coronavirus although there are a few catches. Apparently, these glasses aren’t that accurate since they can detect someone’s skin temperature which could be different than their core temperature, a symptom associated with coronavirus at this moment.

Anyways, China is making efforts to minimize the number of affect people and has slid down a few positions in terms of affect patient with the USA now ranking at the first position with more than 100K patients along with Italy, Spain, and other countries.