From this post, you could download the latest Android 11’s Google Camera 7.5.107 APK. The quality of the smartphone’s camera has been a major differentiating factor for a lot of users. In this regard, we have definitely seen some major improvements over the years. Features like the ability to record videos at 4K or 60FPS are becoming the new norm. Even then, there is no denying the fact that Pixel devices have the best smartphone camera quality. Right from the first Pixel handset all the way over to the latest 4A, Pixel seems to have won the camera war hands down.

If you look into the spec sheet, you might be surprised to find that the camera lens is mostly in the range of 12-15MP. The reason is megapixels don’t necessarily paint the complete picture. There are countless other factors that determine the overall quality of the camera. On that note, Google has released a newer version of its camera app, bumping the version to 7.5.107. This update introduces quite a lot of new and interesting features to the app. Let’s check them out in detail. After this, we will also share the download link for Android 11’s Google Camera 7.5.107 APK. Follow along. 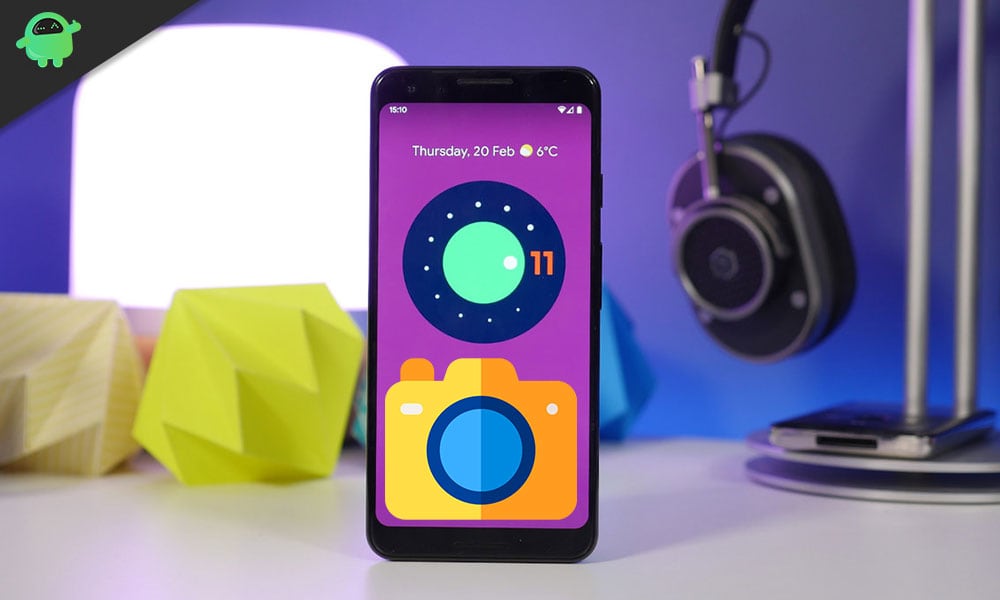 With the new update, you are likely to get treated with a lot of new features, camera, and stability improvements. Here are some of the noteworthy ones that managed to catch our attention:

One of the most interesting features of this camera is the Audio Zoom. Suppose you are in a crowded concert and wish to record the song played in by the band members. This might prove to be quite a challenging task, considering the surrounding background noise. This is where the Audio Zoom comes into the play.

Once you enable this feature, the sounds of the subject you zoom in will become louder than the surrounding, whereas the surrounding sound will be suppressed. Zoom out and it will be back to its default state. This is one feature that a lot of users are looking forward to in the Google Camera 7.5.107 APK.

One issue that a lot of photo-holics complained about was the lack of control when it comes to flash. You could either enable flash or disable it, there was nothing in between to adjust or control its intensity. However, Google seems to have listened to this query and have finally addressed them in style. The latest update to the camera has bought in the option to control the Flash intensity as per your need.

Taking photos of a moving object, you might have noticed the blurry effect in the background. This makes the moving object in the foreground stand out from the crowd. You could now try out this feature in the latest Google Camera 7.5.107 version.

When you clicked a photo, the camera will bring up the menu to directly share that image using your preferred app. However, quite strangely the said feature was absent when you had recorded videos. So in those cases, you had to take the longer route of heading over to the Gallery app and sharing your videos from there. But not anymore. With the latest update, you could share your recorded videos directly from the camera app, similar to what you get with photos.

So these were some of the Android 11’s Google Camera 7.5.107 APK impressive features. You could now download the same from the below link.

Before you try out the APK, there are a few important things worth mentioning. This Google Camera 7.5.107 APK is specifically aimed at Android 11 devices. Furthermore, this is not a modded APK that you could install on any Android. This Google Camera is specifically targeted towards the Pixel series. Even the underlying code has redfin, sunfish, and bramble code names within it.

For the unaware, these are the code-words for the yet to release Pixel 5, Pixel 4a, and Pixel 4a (5G) devices. All in all, if you own a Pixel device and running the latest Android 11, then only you should proceed with the installation of this app. Although if you could still try this on your Pixel devices running Android 10 or earlier versions, but you may not get the desired results.

So this was all from this guide regarding the latest Android 11’s Google Camera 7.5.107 APK. Once you have installed it onto your Pixel device, do share your experiences with us in the comments section below. Rounding off, here are some iPhone Tips and Tricks, PC tips and tricks, and Android Tips and Trick that you should check out as well.