Now, if you’re also one of the victims of such an issue on your computer quite often or even consistently, then don’t worry because this is a common issue among PC games. This issue can be fixed manually without wasting further for the developers to come up with patch fixes. In most cases, the chances are high that the startup crashing or the game not launching issue is appearing due to some conflicts at your end and not the dev’s fault. 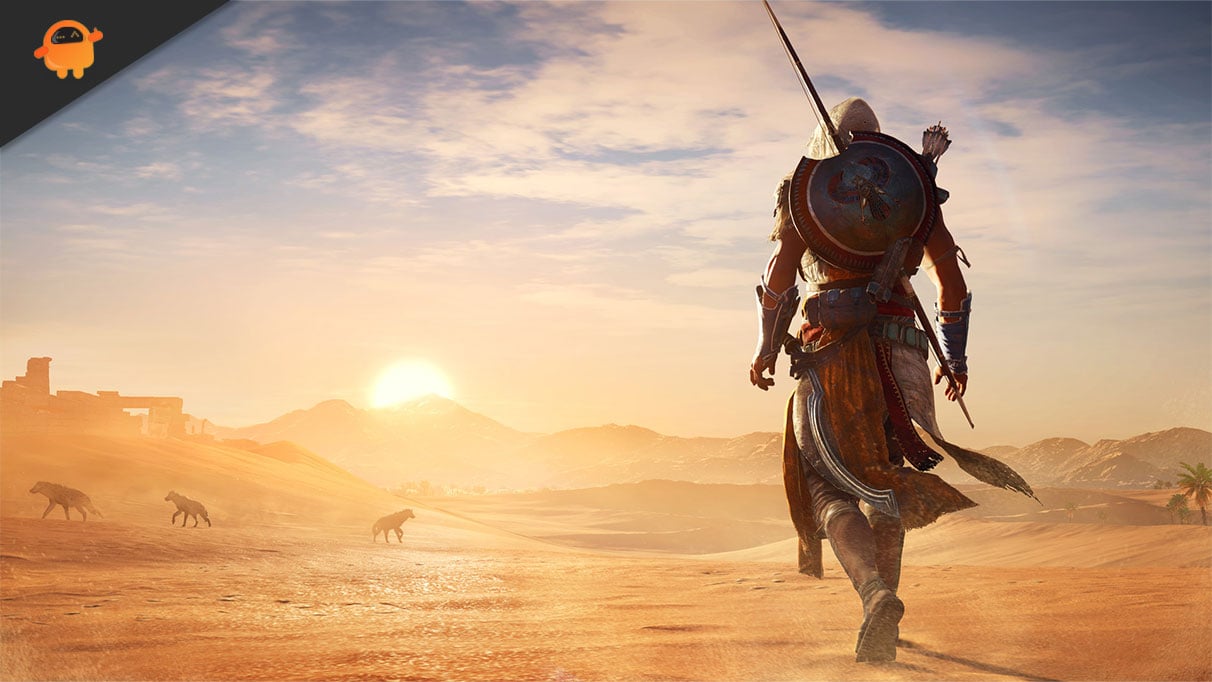 The startup crashing issue occurs due to the game file conflicts with the system or the hardware. Not only the crashing issue is troubling players, but also the in-game lags, stutters, frame drops, graphical glitches, connectivity issues, etc., may take place. The incompatibility of your PC specification with the specific game requirements may cause a lot of crashes. Even a minor conflict can also trigger multiple problems whatsoever.

Fortunately, we’ve shared a couple of possible workarounds that should help greatly. Ensure to follow all the troubleshooting methods one by one until the problem gets fixed for you. Some affected players acknowledge that a minor workaround can also come in handy. So, don’t skip any method, even if it’s a basic one. Now, without further ado, let’s jump into it.

First, you should check if your PC configuration is compatible enough or meets the system requirements of the Assassin’s Creed Origins game or not. Sometimes incompatible hardware and software specifications can eventually trigger plenty of issues. Well, the startup crashing issue is one of them. Here we’ve shared both the minimum and recommended system requirements for you. Let’s check it out.

It seems that disabling the fullscreen optimization option did work for some users. To do so:

It’s also recommended to always run the game executable file as administrator access on the Windows PC so the User Account Control (UAC) can allow all the access properly. Sometimes the system may think you’re trying to run the game without authorizing it. This is a one-time process for each game. Make sure to follow the steps below to do so:

Once done, you can also do the same steps for your specific game launcher (E.g., Steam and Epic Games Launcher) used to run the game. So, you’re giving the same UAC access to the game launcher too.

Nvidia has recently released an optimized and stable GPU driver for the Assassin’s Creed Origins title. Yes! the driver has been officially optimized for Assassin’s Creed Origins and a couple of other games too. Therefore, it’s highly recommended to manually download and install the GeForce Game Ready Driver v516.59 (released on June 28, 2022) on the PC if you’re using an Nvidia graphics card.

Well, AMD graphics card users are also facing the Assassin’s Creed Origins startup crashing issue that’s why the company has released a new Adrenalin Edition v22.6.1 driver update for the users. This particular version is officially optimized for the Assassin’s Creed Origins title (released on June 29, 2022) that can be installed on both Win10 and Win11. Affected AMD graphics users can simply visit this link to download and install the optimized driver version. Make sure to check the 22.6.1 version.

It’s worth mentioning that the Assassin’s Creed Origins title won’t gonna run properly on Windows 7 or Windows 8.1 officially. You’ll require the Windows 10 (64-bit) version minimum with the 1909 version build to be able to run Assassin’s Creed Origins. Whereas if you want to use the VR mode or Ray Tracing support, then make sure to update the system to Windows 10 (64-bit) with the 2004 version at least. You can follow the steps below to check your Windows build version and update process.

If in case, you’re running the outdated Windows OS version or build then make sure to follow the steps below.

You should also check for the optional updates by following the steps below because some of the device driver updates and security patch updates may appear in a separate section.

You should also ensure that your using the dedicated GPU on your Windows computer instead of using the integrated HD graphics. To do so:

Several affected Assassin’s Creed Origins PC players did mention the in-game graphics settings correction on multiple online forums. It seems that TAA or AMD FX for Anti-Aliasing turned out to be good instead of using the DLSS option. So, you can also try using TAA or AMD FX option.

The chances are high that somehow your system becomes laggy or gets overloaded by a lot of unnecessary background running tasks. These tasks basically consume system resources like CPU, Memory, or internet bandwidth which can seriously impact the game launching experience. If those tasks (third-party) aren’t necessary for you then try closing them completely by following the steps below.

Sometimes missing or corrupted game files on the PC may occur some issues with the game application launching properly or start crashing. It doesn’t mean you’ll always get an error message or warning notice after crashing. A minor but useful game file may get corrupted or missing quite easily. Luckily, most game launchers have a useful feature to automatically verify and repair game files online. To do so:

Multiple Assassin’s Creed Origins PC players have also reported that they’re facing the crashing issue a lot along with an error message “Ego Dumper” after the crash. It’s most probably happening to the SteamVR users and we have a possible workaround to fix it. To fix it:

It’s also recommended to manually delete all the stored temporary files from the system by following the steps below. Maybe a corrupted temporary file or dump is conflicting with the actual game to run properly.

As per the recommended Nvidia control panel settings, we’ve provided some adjustments that you should also try at your end if in case, the Assassin’s Creed Origins game is crashing a lot. This method is only applicable to Nvidia graphics card users.

If in case, you’re using the default Windows Firewall protection on your PC then you should turn it off temporarily and check for the issue again. To do this:

Mostly the Windows system is set on the default Balanced Power Mode which offers both performance and power consumption at the same time. But sometimes, this mode can occur performance issues on your PC when it comes to graphics-hungry programs. It’s better to set the power mode to High Performance, which can improve the tasks. However, this mode will consume more power or battery juice than normal. To do this:

If your Windows computer isn’t running the latest version or the required version of the Microsft Visual C++ Runtime then you may encounter several issues whatsoever. To do that:

As per some reports, multiple programs are always running in the background from when the Windows system boots up. So, those services may consume the system resources and internet data without your knowledge. It’s better to perform a clean boot and turn off unnecessary startup applications by following the steps below.

Even an outdated game patch version can trigger several potential issues on the gaming device that leads to the crashing issue, lags, stutters, and more. It’s recommended to check for the game update periodically and install the latest update whenever available. You can follow the steps below to do the same.

This will automatically enable the download feature whenever a new patch update will be available for the selected game. So, you don’t need to manually check for updates anymore.