Pathfinder: Warth of the Righteous is an old-school RPG game with modern trappings. However, unlike Divinity’s new Baldurs Gate game, Wrath immediately shows what you’re dealing with in its character creation screen. The range of choice feels fantastic, and it’s only really a shame the opening acts are so railroaded with correct choices. Speaking of choices, this isn’t BG3; there’s a lot of text, and while many decisions affect the game.

However, did you know about the Pathfinder Warth of the Righteous classes? If not, let me tell you that there are 25 classes that you can use. But, not all of them are good enough; therefore, we are here to help you choose the best.

So, here today, in this guide, we will tell you the ten best classes for Pathfinder Wrath of The Righteous that you must use. So, now without consuming more time, let’s directly jump into the guide and see all of them.

Fix: Pathfinder Wrath of the Righteous Stuck on loading screen 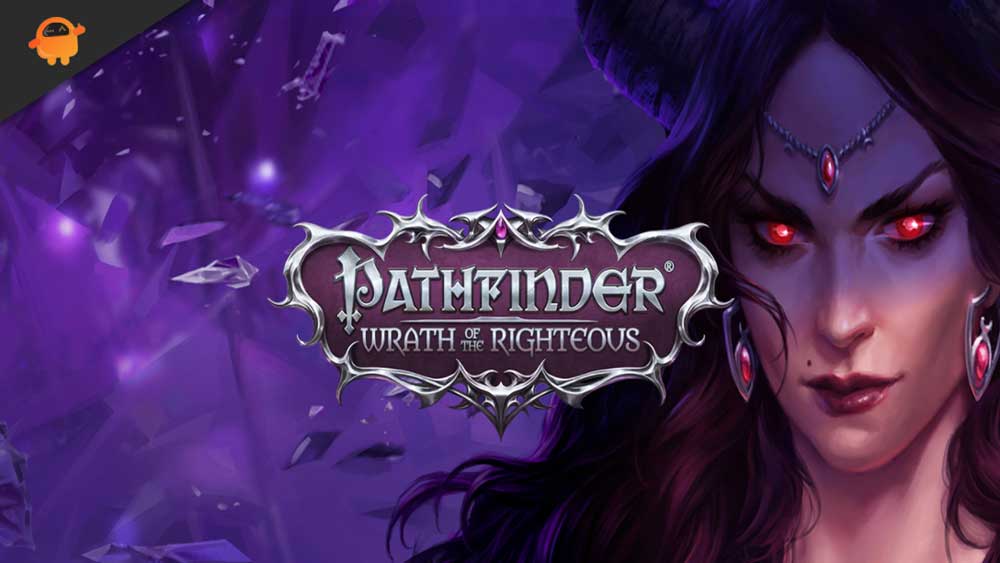 10 Best Classes For Pathfinder Wrath of The Righteous

There’s a little too much in exposition dumps, and even with the tutorials, it is difficult to know if the plot decisions you’re making really affect things much other than your mythic choices. However, since Pathfinder: Wrath of the Righteous has barebones character appearance customization, so players are getting confused during character creation.

Therefore, if you are confused while choosing the right classes for your character, you should try the below-mentioned classes. So, let’s take a look at them: 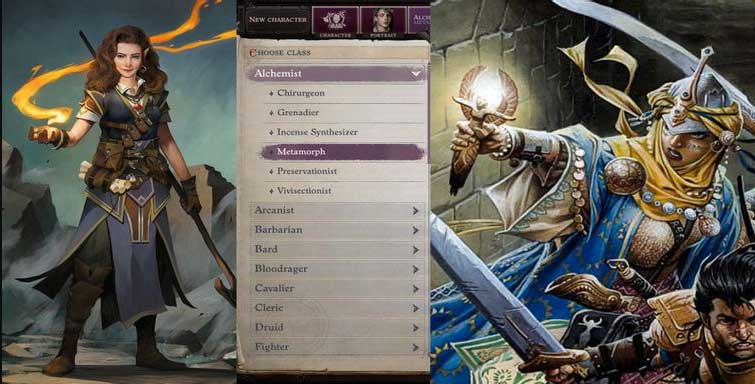 This is a unique class as landed to RPGs because they totally rely on the strategic knowledge and readiness using their own inventions. Although the Alchemist is a bomb, in this case, it is nowhere mean that in any way, it is an incapable fighter.

However, did you ever explore what you can expect when playing an Alchemist or its archetypes in Wrath of the Righteous? The Alchemist as a base comes with the class skills of having knowledge of arcana world perception lore, nature trickery, and using magic devices. Now, after that, alchemists will be proficient with all simple weapons as well as bombs.

This is because the crux of being an alchemist is honestly mixing up various poisons and altering the chemistry of living animals. However, you know, in general, they are also proficient with light armor but not with shields. Also, at the base, there’s an alchemist bomb ability. The alchemist bomb ability will let you use a certain number of bombs per day, which is interesting.

Of course, this class has the base class and six archetypes that change how the class plays. Bards are, in fact, casters. Yes, they get their own spellbook, specifically the bard spellbook. They are spontaneous casters, which means that they can cast any spell they know.

Moreover, as spellcasters, they get their bonus from charisma. Therefore, they will get bonus spell slots as well as have a minimum requirement of charisma to cast their spells.

They are, mechanically speaking, a bit of a combination of the barbarian as well as the bard. So, for what they actually they are for? Well, they are things like poets, historians, or just keepers of lore who use their song to inspire allies typically into a rage. However, they are arcane casters like the bard, and they use the barred list of spells to do their casting.

A Skald can cast their spells while wearing lighter medium armor without incurring the normal arcane spell. This is because they are, of course, arcane casters, and they also use their charisma stat for their casting ability. However, the base class is going to have everything besides trickery and stealth.

Also, they usually use melee weapons in fights and can able to deploy only a limited quantity of spells. In addition, they can heal and give power to their party member. So, we suggest you use it as it is beneficial for your gameplay.

The paladin has a lawful good alignment requirement; this is more important than most classes. This is because, in addition to this requirement to pick the class up, it’s also a restricted alignment class.

However, restricted alignment classes will not only not let you take levels in that class but will straight up take the powers of the class away from you. Therefore, it is very important that you maintain your lawful good alignment with paladins. However, they naturally being devoted to Divinity.

In addition, they cannot be atheists; they are divine casters and use their charisma stat as their casting stat. But I will say you’re never going to get a lot of spells or a lot of spell slots for their divine casting ability. So we recommend you to try this class once and let us know whether you liked it or not.

Bloodragers, the name suggests, are the berserkers who cave to rage so that their power increases in melee fights. However, they can also use a regular set of arcane spells to delegate themselves. In addition, when the Bloodrager advances their level, they automatically gain immunity to some specific enemies’ tactical advantages.

They do not need any alignment and are only focused on the melee class that can be a shamanic barbarian. Moreover, you can call the Bloodrager a stand, but only if you are a Jojo fan.

Well, it’s a great alternative to any particular class that you have been playing for a long time and now getting tired of playing it. Also, for those who don’t know about this class, Bloodragers is very good in all types of martial weapons to defend themselves from enemies attacks.

The cleric is a divine caster, and their caster stat is wisdom clerics are defined by their chosen deity and the domains they choose. So the deity and the domains have a lot to do with the alignment. However, there is no alignment requirement for the class. Well, depending on the deity your cleric wishes to worship, which is where they get their divine casting ability.

Of course, that’s going to affect their available alignments at the end of character creation. So, for instance, if you want to worship Asmodeus, you can’t exactly do it probably.

However, on the alignment spectrum, a couple of the domains require specific alignments well, not like super specific but like lawful or good or that kind of thing. So we highly recommend you to use this if you want a class that refreshes your mind.

They have learned mages who gain their power through study. Wizards are arcane casters, and their spellcasting ability helps to intelligence their base class skills, i.e., knowledge arcana. They will be proficient with the club dagger, heavy crossbow, light crossbow, and quarterstaff.

But, not with any type of armor or shield and will incur a failure chance when they are wearing armor to their spells, otherwise known as arcane spell failure. If you want to wear robes, it detects the magic of the scribe scrolls crafting at level 1.

Wizards are also able to form an arcane bond that comes in one of two forms a familiar or a bonded object. Anyway, it is not possible to explain everything about Wizard, and if you want, then we can make a separate article on the Wizard. 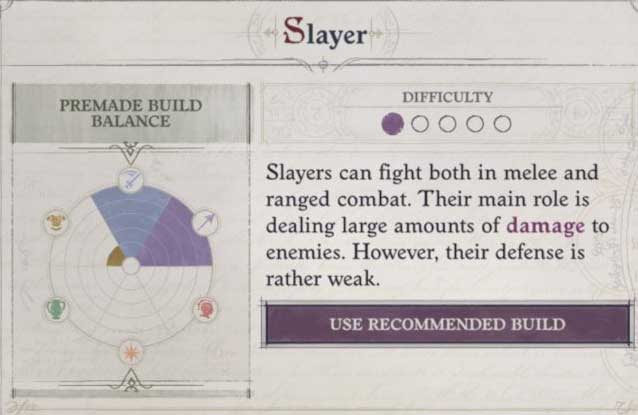 The slayer is a sort of assassin or bounty hunter type that said mechanically they’re a bit of a combination of the rogue as well as the ranger with some pretty cool unique stuff to their own. Also, they are a martial class, but they don’t really do spell casting; for the most part, a couple of the archetypes dabble in it.

You can say that the Sorcerer falls somewhere between the Wizard and the Kineticist, but it is much easier to use compared to them. Sorcerers always rely on the bloodline rather than studies to conjure magic abilities.

Meanwhile, the spells Sorcerer uses look more natural or even metaphysical in nature. Also, in my opinion, it is one of the most powerful classes that we have in the pathfinder. Well, its difficulty level is three and does not require any alignment. Therefore, we guarantee that you won’t have to regret it after selecting this class.

Kineticists are quite a bit different than most other classes in the game. As a result, playing them can be a little confusing, especially when it comes to things like taking feats and understanding what does and does not affect their kinetic blasts.

Kineticists operate off of a few different unique mechanics specific to their class. The primary two are kinetic blasts and burn. However, Kineticists basically channel various amounts of energy through their body, and this manifests itself as kinetic blasts, which is how they actually do their damage.

Pathfinder might be the best CRPG game I’ve personally played in several years. It crushes Pillars 2 and backhands Baldurs Gate 3 so hard. Also, the class system makes you feel like in another world. So, it is very important to know a bit about the classes that you get in this game.

So, since you know about the topmost classes for Pathfinder Wrath of The Righteous, then you do not need to worry about which class you have to use now. I hope you have already decided on that thing. Use our comment section and let us know which class you like the most.