Warhammer 40000 Darktide features player-created characters unlike Warhammer: Vermintide 2. This allows the players to create their own characters, and select custom origin, class, and personality. As players hop in to create their group and reach their final destination, they need to first get a suitable character to set the core of their journey. Fortunately, Warhammer 40k Darktide introduces four different character classes to choose from.

Classes define the characteristics, skills, and power of each character. Interestingly, each class has its own perks and disadvantages and is unique in its own way. It is only a perfect mixture of these differences that make your team a whole. However, since the Warhammer 40000 classes are not made equal, one of them is better than the other in some way. So, in this article today, we will look at each of these classes and find out the best classes to play in 2023. 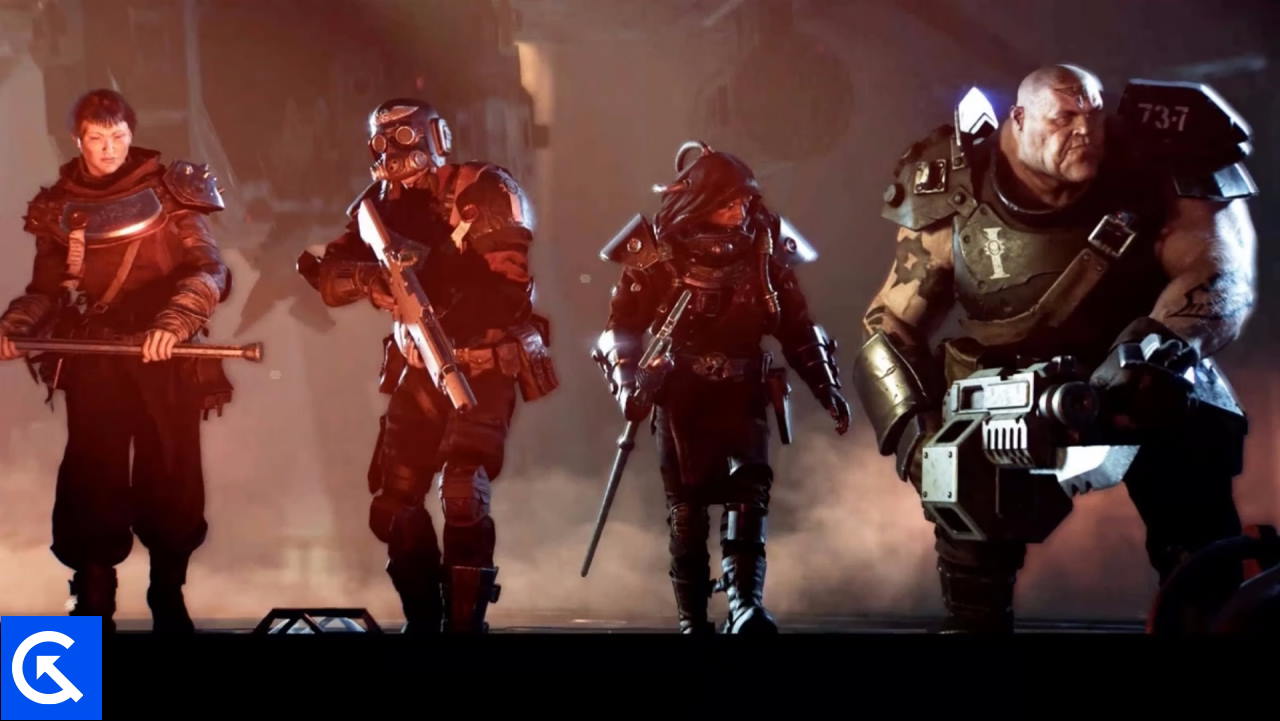 Warhammer 40000 Darktide basically features four different classes, i.e., Ogryn, Veteran, Psyker, and Zealot. Each of these classes comes with some unique traits and of course, has some specific role in the game. However, the differences between them make some of the traits stronger than others. So, here we will see a ranked list of the best Warhammer 40000 Darktide classes to play within 2023. 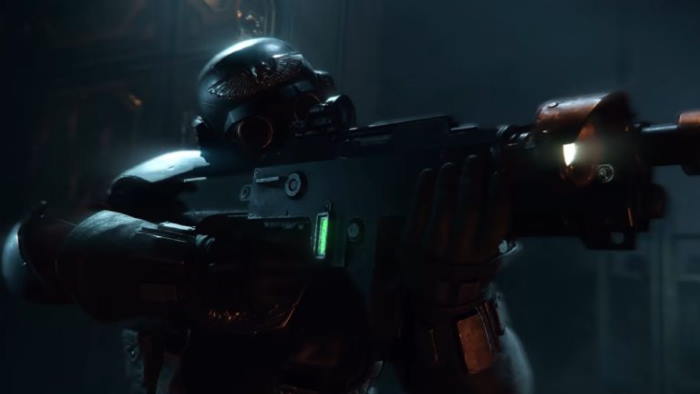 Considering all the factors at the present time, Veteran is probably the best class available in Warhammer 40000 Darktide. The veteran is an all-rounder who is extremely good with guns and with every other thing it does. All the traits of this class are perfectly balanced and that’s what makes Veteran: Sharpshooter the best in the business.

With access to an arsenal full of long-range weapons, the Veteran class is basically popular as a long-range shooter. The rifle they wield has a great impact on the target even from afar. Besides, the chainsword is also a great tool for melee attacks that can pierce through a bunch of forwarding enemies effortlessly.

Although Veterans do not match the level of Psyker when it comes to dealing damage. They require access to a lot of ammunition to keep fighting and defeating the enemies. But it is their flexibility and wide range of options that make the Veteran a suitable pick at any stage of the game. 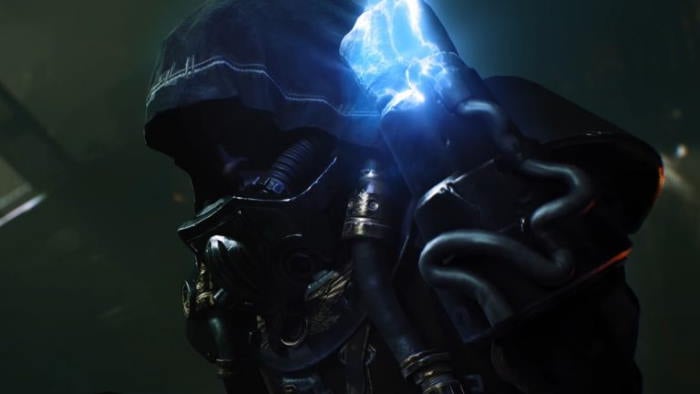 Psyker is our next-best class in Warhammer 40000 due to its bunch of tricks and high damage-dealing ability. It is basically a magic-wielding class that deals heavy damage, wide-are attacks, and extremely immense blasts. Psykers brain burst is an interesting ability where they explode the enemy’s head with green smoke coming out of the burst.

In simple words, the Psyker class is best at managing hordes of enemies at once while the others pick up single targets at a time. Going into a battle with a Psyker gives you the upper hand as you can easily manage crowds with your powerful attacks. However, unlike the Veteran class, you will need to do some extra work to get things right while playing as a Psyker.

It is certainly a high-maintenance class in Warhammer 40000 but it is worth every bit of it. Besides, they also possess the ability to stack buffs every time to take down enemies using the brain burst action. This buff slowly decreases with time, but if you keep bursting more heads, you will easily regain it again. The one thing you need to take care of is to keep using the magic buildup from time to time. If not done periodically, Psyker’s get overcharged and end up blowing themselves off. 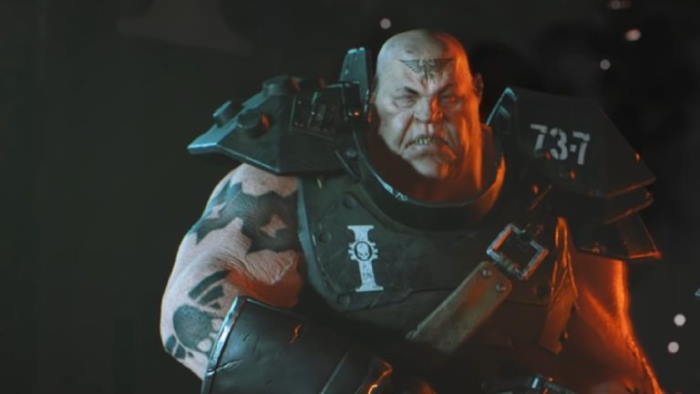 Next, we have Ogryn, an interesting class to start your game with. Unlike the Veteran or Psyker, Ogryn’s specialty is his rough and tough shield ability. His big and thick shield helps him to even fight the most devilish enemies in the game quite efficiently. Ogryn walks in holding a powerful shotgun which is specially meant for close-range combats. His high damage deal is another big thing to describe his position in the game.

The Ogryn class specializes in fighting head-to-head with the bosses and taking on groups of enemies with his tank-like archetype. However, he is a complete team player which is why Ogryn is not considered the most powerful one in Darktide. Without a Psyker or Veteran on his side, Ogryn gets vulnerable against snipers, gunners, and poxbursters. Eventually, you will feel the lack of long-range weapons in his arsenal at a time. 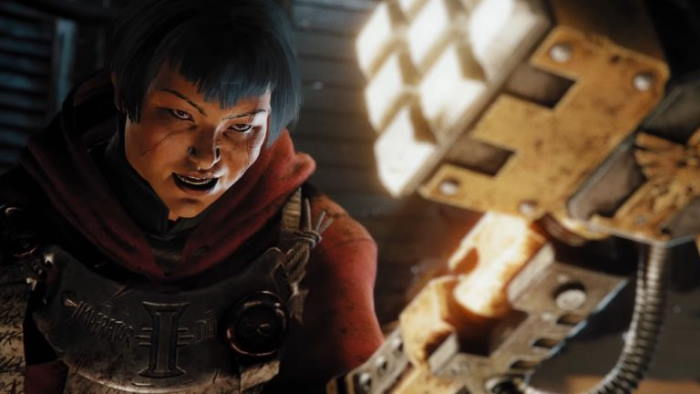 Finally, we have the Zealot-Preacher class, an aggressive class in Warhammer 40000. Zealot class specializes in cleaning small groups of enemies by consistently striking them left and right. They equip an auto pistol and a combat axe to help them clear a bunch of enemies while his teammates deal with larger enemy groups. Preachers can deal better damage as they get more aggressive while running low on health.

An interesting thing about this class is that they constantly gain speed while in close combat. The melee attacks a highly effective and they can resist death even after taking lethal damage from the enemies. In other words, if you need some fun and aggression in your game, the Preacher class is both reliable and worth your time.

All four character classes in Warhammer 40000 Darktide comes with unique traits and has an upper hand in some or other situation. However, considering their differences and impact on the battlefield, we have put the Veteran as the best class in the entire game.

This is because the flexibility of the class suits every playstyle and you get a perfect combination for both melee and wide-range attacks. Next to the Veteran, we have put Psyker, Ogryn, and the Zealot class respectively. Create a team with a mixture of these classes and find the suitable classes for your playstyle to make an effective group