There are a few players who were able to get it, so it is not that impossible. But can anyone get it? Is there a way to get this achievement or trophy. We will try to look for an answer to these questions as we take a more in-depth look into the matter. We will start with what are the requirements for the Infallible trophy or achievement and see why the developers claim it is close to impossible to get.

How to get Fall Guys Infallible trophy/achievement?

In every show, you will have to battle it out with a total of 59 other players. So winning five shows in a row means winning against a total of 295 players without being defeated even once. And on top of that, each show will consist of 5 rounds each. So you have to make it through 25 rounds undefeated to get this achievement. So five may be a smaller number, but when it comes to getting this trophy or achievement, it is more than enough to regard this as impossible.

Now, if the game was entirely based on skills, then things could have been different. But with skills, you need a fair amount of luck too in this game if you want to win in a row. So the chance of you being lucky for 25 rounds in a row is a bit too much to ask.

Still, there are a few things that you can try from your side to ensure that you give yourself a chance. Firstly, don’t use a mouse and keyboard for the gameplay. Get a controller as it will make things easier. Secondly, play with a team as it will increase your chances of winning as a whole. And then finally, make sure that you stay in front of the pack and play a risk-free game.

But these are all just tips, though. To get the Infallible trophy/achievement, you will have to rely a lot on luck too. Many players had spent hours and hours trying to get this achievement, while some got it even when they were not aiming for it. So it all boils down to your luck in the game. 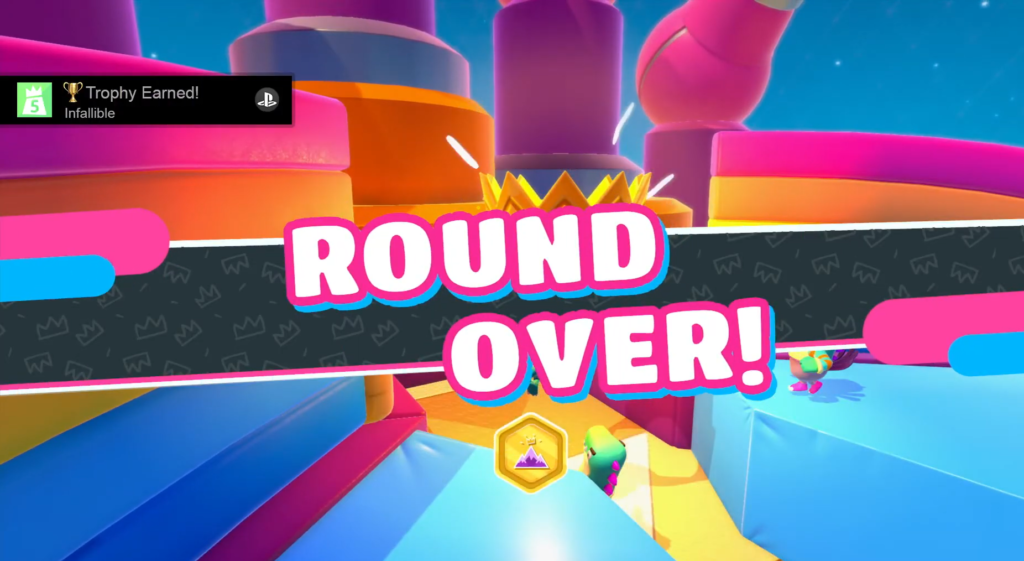 Sometimes there are glitches in games that make things easier for the players, but that is not the case with Fall Guys here. There is no other way around this. You will have to win five shows in a row, and there is no way to ensure that you only get the best and comfortable rounds in every show.

In the future, there is a chance that the developers might think about the players a bit and provide a workaround for this achievement or trophy. But as of now, it is pretty tough or close to impossible to get this Infallible trophy or achievement.

If you have any questions or queries about this guide on Fall Guys, then comment down below, and we will get back to you. You can find other similar articles on Fall guys and other games on our website in the games section. Also, be sure to check out our other articles on iPhone tips and tricks, Android tips and tricks, PC tips and tricks, and much more for more useful information.