With such humongous popularity of FIFA 2021, there’s an inevitable issue rising with the gamers. “Whoopsie, it looks like we’ve hit a snag,” a potential server issue is blocking the players from downloading the game. As a result, players took this issue to several threads and started spamming. However, no fix was found there. So we decided to put up a guide that will probably help the players fix this issue.

As we all know that FIFA 2021 is up for this month, so naturally, the servers are overcrowded a lot of people trying to download. Contrarily, with this, the servers are crashing and hence displaying “Whoopsie, it looks like we’ve hit a snag.” Now let us move forward and look out for a fix. 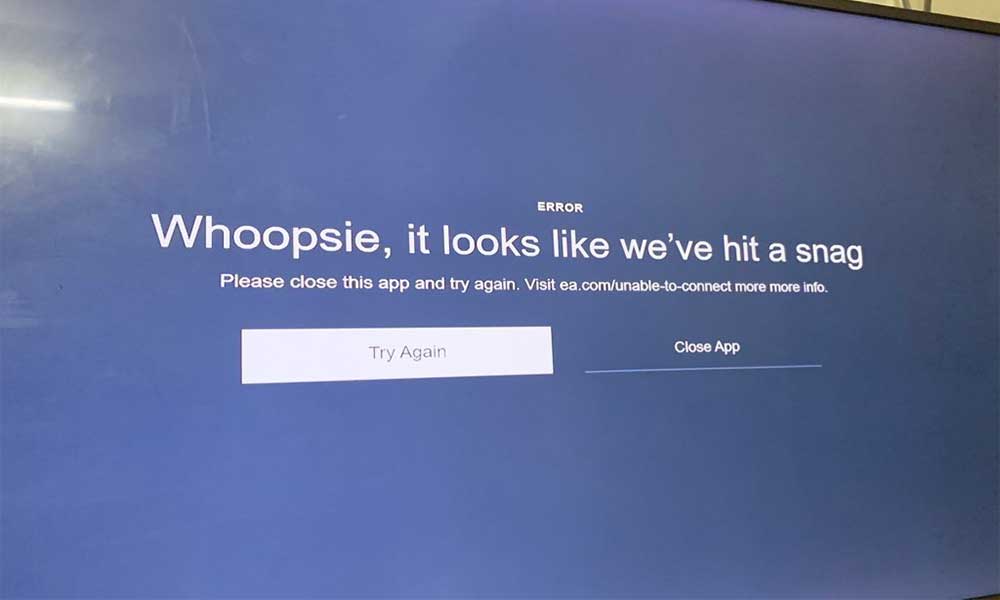 Although “Whoopsie, it looks like we’ve hit a snag” looks like a server error and not any of your faults, it can be fixed with some easy-going walkaround. As you all know that there has been an overloading of servers, it can be their own issue. So the first fix can be waiting. However, if you are curious, you can head over to third-party websites like Downdetector and check.

Besides this, one of the fixes that are actually working is the forced closure of the EA Hub app. Along with that, Reddit threads have confirmed that changing the WiFi networks also helped.

In case changing the WiFi network isn’t possible, you can try out a VPN service, and that will surely help. As region-wise crowding is common, if you try to download over other servers, you might actually land onto downloading. However, in reality, players who have tried using a VPN or force closing of EA Hub have actually succeeded in resolving “Whoopsie, it looks like we’ve hit a snag.”

In contrast, if none of the fixes help you to solve “Whoopsie, it looks like we’ve hit a snag,” the only thing you can do is wait until EA gets it right themselves. At last, you can also try out visiting EA Help on Twitter and try out the troubleshooting steps mentioned. Along with that, EA keeps updating their status on the twitter handle, so it can be much of a relief.

Well, that’s all we have for you with “Whoopsie, it looks like we’ve hit a snag” error with FIFA 2021. We hope this guide helped you to solve this issue, or at least this post gave you some hope with downloading the game. Now, check out our Windows Guides, Gaming Guides, Social Media Guides, iPhone, and Android Guides to know more. If you have any queries, comment down with your name & email ID. Moreover, subscribe to our very own YouTube Channel in order to watch awesome videos on gaming and smartphone tips and tricks.