Dungeons & Dragons: Dark Alliance is a newly launched third-person action RPG, developed by Tuque Games and published by Wizards of the Coast. This game comes with action-packed real-time combat with multiplayer mode. Now, plenty of players have reported that they’re facing the Dungeons and Dragons: Dark Alliance Disconnected issue after Mission which is really unexpected.

If you’re also encountering the same problem, make sure to follow this troubleshooting guide. The title also offers the iconic D&D heroes to battle against powerful monsters and unlocks new abilities to get higher challenges. Although it somewhere fails to grab the attention of the players and received mixed reviews on multiple platforms. The disconnected bug or glitch is quite consistent with most of the players.

To be very precise, this particular bug or glitch is simply disconnecting parties once they complete a mission. There is no error message or error code appears which is another major issue because it basically leaves players wandering to search for a fix without knowing the reason behind such an issue. 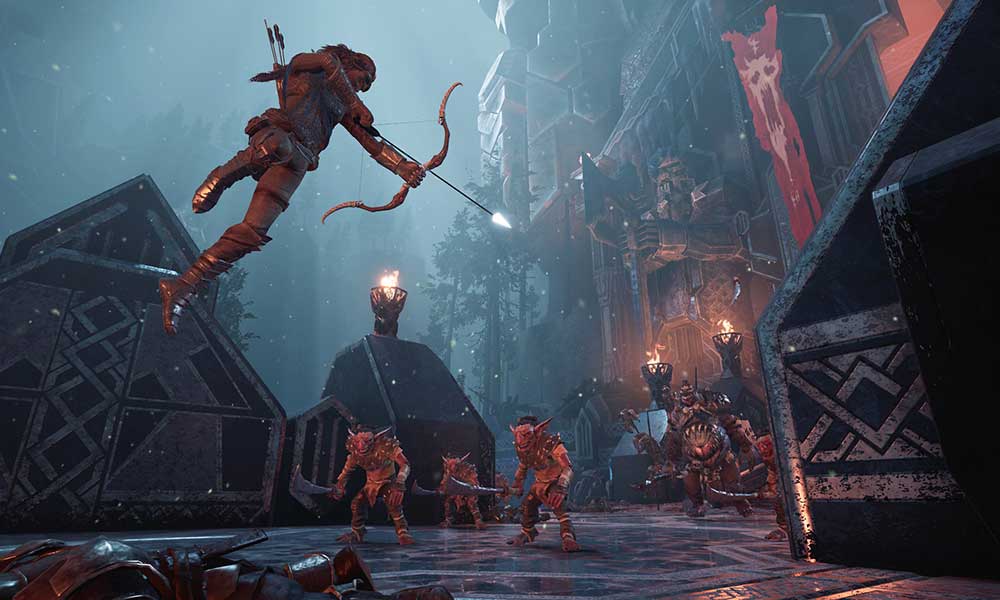 The chances are high that the developers will come up with a quick fix very soon for the Dungeons and Dragons: Dark Alliance disconnected after the mission glitch. But as of now, the affected players are looking for a possible workaround that can easily fix the issue or prevent it from happening continuously.

Well, thankfully, there are a couple of steps that you can try out to cross-check the problem whether it’s fixed or not.

Keep in mind that the Dark Alliance supports the cross-play feature that means any of the platforms users can play Dark Alliance between Xbox Series X|S, Xbox One, and Windows seamlessly.

Whereas the PlayStation 4 and PlayStation 5 users can also play the title, thanks to the cross-gen play feature. But this is what most affected players are reporting that particularly the cross-play option is triggering the issue whatsoever.

As there is no way to completely disable the cross-play feature in the D&D: Dark Alliance game, it’s better to avoid it right now. Make sure to host private matches and invite your known friends/players to play coop using the same platform. Although it’s frustrating and ridiculous, there is nothing you can do as of now, until developers come up with a patch fix.

Till then stay tuned for more info. We’ll keep updating this article whenever a new workaround or official patch fix arrives.

That’s it, guys. We assume you’ve found this guide useful. For additional queries, you can comment below.