The power button has the supreme authority on a smartphone after all the buttons were retracted leaving only power button, volume rockers, and home button in some devices. Now, power button lets the user lock and unlock the screen as well as turn and turn off the phone, etc. It is also used to cancel calls or to take a screenshot or to reboot the phone as well as to change the sound profiles even when the phone is locked. With many features embedded into a small hardware, it could be problematic if it stops working. This is because, without an alternative home button which isn’t a thing nowadays, there is no way you can actually turn on the screen without a power button unless you have a Face recognition system or fingerprint scanner. 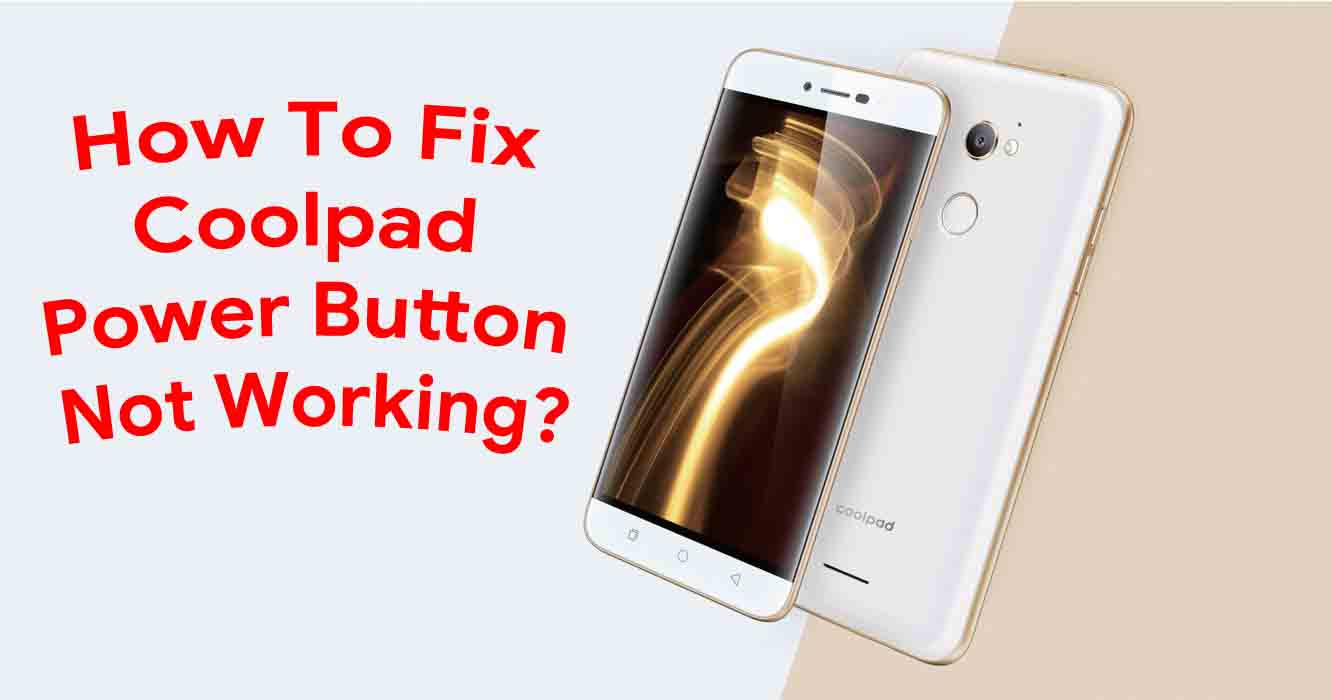 What to do if the phone is unlocked and the screen is ON?

This is the best scenario where you can do a lot to keep the phone accessible if you are facing power button not working problem. Consider that the phone is unlocked or say locked the screen is OFF, what would you do?

Your Coolpad smartphone has a feature in Settings >> Display where you can select the duration on how much time you want the screen to be awake. The maximum duration is 30 mins which means, you need to tap on the screen (if not using the phone) every 30 mins or so to keep the phone alive and unlocked.

If you aren’t able to provide the required stimuli every 30 mins, set alarms after every 30 mins or so that will keep the phone’s screen alive until you doze off the alarm and since you have set the maximum duration of time out at 30 mins, you’ll have half an hour more to use the smartphone.

How to reboot the phone?

This could be a little tricky if you lack a functioning power button. You can check out the feature for ‘Scheduled Power On/Off’ under Settings tool where you can set the time that you want to turn off the phone and turn it back ON. Now, this is where you can reboot the device without a working power button. Simply set the two timings at a one-minute distance that will reboot the phone without a power key. Note that not every Android smartphone might have the particular feature and if you don’t have it, follow the next method to reboot.

What to do if the phone is locked and the screen is OFF?

You can follow the tips mentioned above to light up the screen although you’ll have to make the arrangements beforehand. There are various ways you can turn ON the screen without a power key which are explained be
low.
<h3?Ask a friend to call

That’s pretty basic, simply ask your friend to give you a call so that it can light up the screen. After that, you’ll just have to unlock the phone and now you can use it freely.

Plug in the charger

To turn ON the screen, plug in the charger that will instantly turn on the screen so that you can unlock and use it. Although this isn’t a portable way it is still a method you can employ if you are in your office or at home with a computer or laptop at the disposal or use the power outlet too.

Use a power bank

If you are looking for something portable that will turn on the screen, try a power bank. It will instantly turn on the screen as well as provide the battery backup you might require to play games and watch videos and what not on your smartphone with a broken power button.

What to do if the phone is powered down?

It could be a problem if the phone is powered down and you are facing the power button not working problem on it. You can actually use ADB and Fastboot tools available which are readily available for downloads on computer using which, you can command the phone to either light up the screen or reboot based on your requirements.

What are the alternatives to use against faulty power button?

Before you can report the issue to a service center which is an imminent method to fix the power button not working problem but if you want an alternative to the broken power button, here are some apps that can help.

As the name suggests, the Gravity Screen works with the help of gyro-sensors where the user can set the variables such as a pocket sensor that detects its orientation while in the pocket as well as table sensor that detected its location on a tabletop, etc. Now, this app is great for use since it automatically locks and unlocks the device using gravity which means, you don’t have to use power button which is already broken to do these functions.

As the name suggests, this app transfers the capability of a power button to the volume button. Now whenever you tap on the selected volume button, you can automatically use the same to lock and unlock the phone. This app can also help boot the phone if needed using the same volume rocker.

This particular app available on Play Store utilizes proximity sensor mounted on the front side of the phone that works with the help of proximity sensor to detect the presence of a user and take necessary actions as fed onto the various variables it has suggested.

There are tons of other apps on Google Play Store with the capability to double as a power button such as:

How to fix Coolpad power button not working problem?

Up till now, you were trying to use some methods to use as alternatives to the power button not working problem but let’s see what you can do to actually resolve a physically damaged power button.

This is probably the first thing that you must look for if the power button isn’t working on your device. Check for the debris or lint that might have escaped between the openings around the buttons. You can use a needle or any sharp object to scrape and remove the debris stuck around the button as well as beneath the key. Note that don’t force the needle too much because it will deform or damage the key if not already did.

Firstly, try several times to press and use the power button and check if it works or not. If not, you must approach a service center or a repair shop to get it replaced or repaired depending upon the severity of the issue. It is highly recommended to approach an authorized service center if the phone is still under warranty, however, you can report the same to an authorized center or third-party repair shop if it’s not in warranty period.