Android phones are by far better than the iPhone and there are many reasons why it’s good. But the fact remains that it still has a number of issues that need to be tackled. Some issues might be common and you will face it apparent or gradually over time while some are caused due to temporary software failure or hardware issues that need to be fixed. We are talking about Alcatel Battery draining problems which is one of the common sight seen across all Alcatel and to be honest, all Android devices. So, what can you do to fix these battery draining problems? What are the troubleshooting techniques that you can use to minimize its adverse effects and increase the battery life? Here’s the answer to all your question to read along to know. 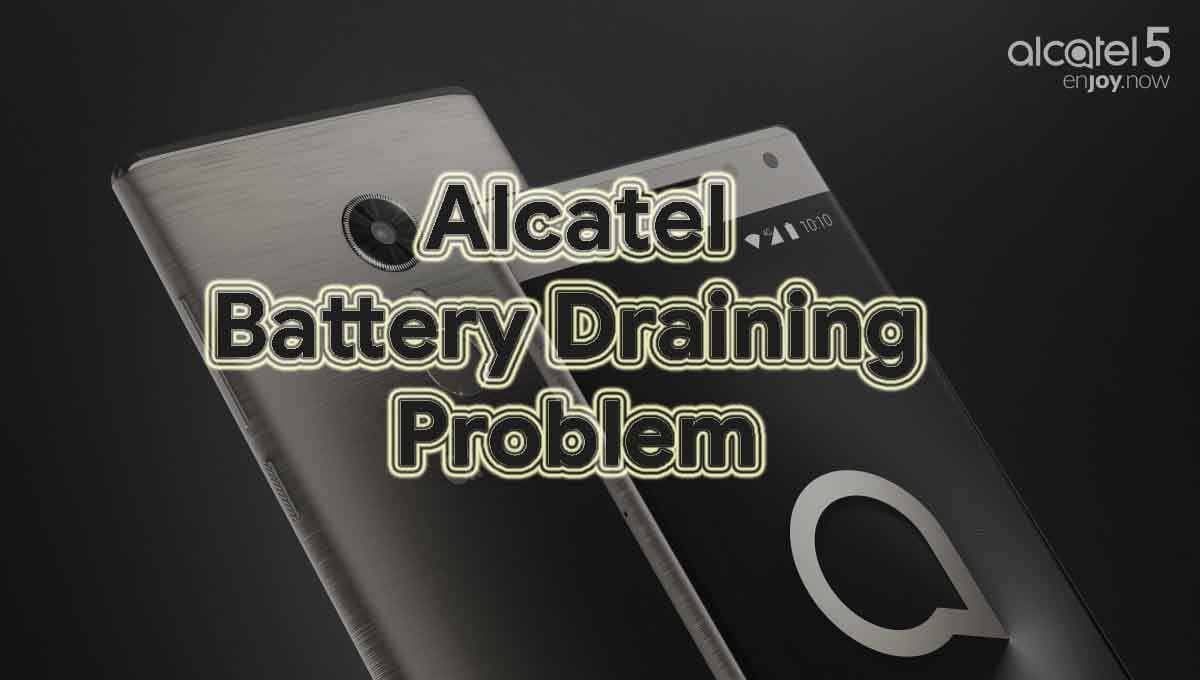 This is one of the best ways you can combat faster battery draining problems. When you turn on power saving mode which is one of the built-in features in most smartphones, it restricts excessive background apps and limits other services from using higher than usual power from the battery. Note that the device that doesn’t have power saving mode can still download a third-party app from the Google Play Store where you can choose based on the user reviews.

Do check the signal strength

There is no rocket science is understanding that you must care for your phone as well as the battery. Talking about the latter, it is made up of lithium-ion cells that deplete over time and if it isn’t taken care of, it can be problematic. It could drain out easily and fastly or it might not be able to handle high-graphic games. The simple way to keep a check on the battery is to recharge it to 100% of its capacity and use it. Do not attempt to plug in the charger until it completely drains out as doing so can disrupt its capacity and thus, it will affect its performance in the long run.

Close all apps when not required

You can use an app or two on your Android phone without much hassle and in fact, you can use several apps at once using the recent button that allows the user to switch between multiple apps as per required. This happens a lot that user forget to close the apps when not required where it is still consuming power and other resources to keep it active. This drains the battery further and therefore, you must close all the apps that aren’t required. Simply press the recent button and swipe left or swipe right the app to close it or you can close all the apps at once.

Go to Settings >> Battery where you can learn about the apps and services consuming the battery power in real time as well as the historical data for it. This tab also presents the inputs on apps and services that are termed as power hungry apps or those which are consuming either more than usual power due to their humongous requirements or due to bugs or any other threat that’s triggering the app to consume more power. You can go to Settings >> Apps and Force Stop the apps that are consuming the most power or reset it.

First of all, there are plenty of bloatware or pre-installed apps that we seldom use and then, we install numerous apps from the Play Store which could be anything from games to productivity apps to entertainment, etc. Now the problem is, Android user won’t uninstall the apps that they never use and there are many if you pay attention to the app drawer. GetDroidTips recommend its users to either force stop, disable, or uninstall these dormant and unused apps to save memory on the phone as well as relieve the excess strain these apps might put on the battery triggering it to drain faster.

Verify if the charger is working properly or not

Clear the cache for apps that use more power

Go to Settings > Battery and have a look over the apps that are drawing the most power. Now, if you have gone through the previous techniques, you know that you need to disable or force stop such apps. You can also a clear cache of these apps that resets the apps as well as fix any bugs that might have introduced in your system. Bugs can trigger the app or the system as a whole to consume more battery power than usual but with this clear cache method, you can actually hit two targets at once. Go to Settings >> Apps and click on ‘Clear Cache’ on the individual apps.

Get rid of any additional or residual cache files by wiping off the cache partition for which, you need to reboot into the recovery mode for which, the procedure is as followed.

There are many tiny tweaks that you can perform to extend your battery life such as changing the brightness of the screen as aforementioned. Another hack is to limit the screen-timeout to 5 seconds or 10 seconds wherein the screen will turn black if there is no response from the user and it saves a great amount of battery life usually wasted keeping the screen alive for a longer duration when it isn’t even required.

You have an Android and unlike iOS users, Android users can do much with their phones such as they can use any widgets as there is a long list of the available widget. Also, the user can setup live wallpapers for the home screen that gives it a premium touch. But it also consumes more battery and thus, it is not recommended and thus, you must avoid using it.