Where battery has become one of the most influential commodity in a smartphone, Realme battery draining problems has become widespread although not every user has discovered it. But the fact is, this particular problem is faced by almost every user of any make and model you can ever think of. Modern smartphones can do a lot more than just talking and messaging but a battery could limit its functions to a great extent so much so that iPhones users have to cling to a power source to keep up with their daily phone usage while Android phones aren’t lagging behind when it comes to faster battery drainage. Also, there could be a number of aspects that could lead to battery draining problems and we are here to address all of it and resolve it or at least try to minimize it so stay tuned. 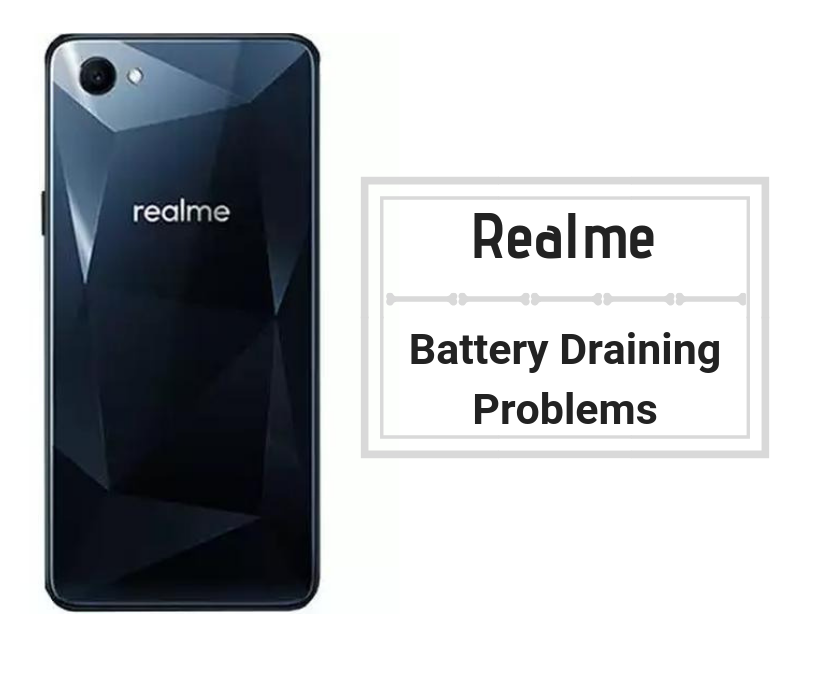 The phone’s battery is draining too quickly or rather abnormally? Simply press the power button for a second, select ‘power off’ and problem solved although not permanently. Rebooting the device has often been considered as the solution to fix a lot of bugs and issues and that includes battery draining problems but yes, you’ll have to accompany it with other tips and tricks mentioned below to get a resonating effect on phone’s battery and escalate Screen-on-Time (SoT).

Turn off wifi, location & other services

A major blowback to the battery is when a number of features, services are enabled. For instance, Wifi is a great connectivity feature, however, it does have large power consumption and when not in use but still enabled, the feature is still a high power consumptive one and therefore, it is highly recommended that you as a user turn off the service when not in use. The same goes for location/GPS, Bluetooth, NFC, etc that add to the power surge and bring down the battery life that would otherwise escalate SoT and standby duration as well.

Although this might not seem like a big deal brightness setting on a smartphone can cause of a lot of strain on a battery and therefore, it is ideal to keep the brightness in check at all time. You can keep the brightness at lower or moderate levels during the day while a lower level is adequate during night time.

If you have a phone with OLED or AMOLED panel, it is highly immersive but battery draining too and therefore, you need to keep a tab on the total duration the screen is on or say Screen-on-Time (SoT). This particular duration that you can check via Settings >> Battery would enable you to gauge how much power the phone utilizes to keep the screen ON. You can minimize the power consumption simply by minimizing the total duration the phone’s screen is ON when not use. You can also limit the keep-alive feature and the screen always on feature that would save a lot of battery backup.

Turn on airplane mode when required

Is power draining too quickly? Turn on the airplane mode and this would limit phone’s battery consumption simply by restricting any incoming and outgoing network connections thus drawing less power from the battery and saving a lot of back-ups that would otherwise cause the battery to die quickly. It is often one of the most recommended methods to save battery power when there is no network available since the phone consumes a lot of battery when searching for a lost network.

Close all the applications

Now that you have got rid of power hungry apps, its time to close all the applications that are opened in the background irrespective if they are needed at the instance or not. It is quite possible that you opened WhatsApp in the morning and minimized it only to check it again in the evening. Now that the app was in the background, it carried on to use certain resources such as data, battery backup, etc although it wasn’t in use for the whole day. Similarly, any and every app you install doesn’t automatically stop until you close it from the ‘recent list’. Trouble stopping a persistent app? Try force stopping it via Settings >> Apps >> Running >> (Click on apps that you want to close >> Force Stop.

Get rid of unwanted apps (Disable/Uninstall)

If you have too much junk installed in your device, its time to clear it up and free up space or suffer faster battery draining problems which are annoyingly increasing across the horizon if not taken care of. If you have too many apps installed of which, many are those you never use, you need to disable or uninstall it. You can uninstall any app using this procedure ‘Settings >> Apps >> Downloaded >> (Tap on an app you want to uninstall) >> Uninstall. On the contrary, pre-installed or bloatware apps aren’t easy to uninstall and therefore require disabling it following the same method aforementioned but clicking on ‘Disable’ instead.

Outdated apps can cause a series of problems including reducing the optimal performance of the system or the particular app specifically and therefore, tech experts suggest that users must update the apps when updates are received. This serves a dual feature i.e. it allows get new features and more while protecting the user against bugs. To check out available updates, simply navigate yourself to the Google Play Store app and check out for available updates under ‘My apps and games’ section.

There are a number of ways you can actually clear cache files. Firstly, start by navigating to the Settings >> Storage >> Cache Memory. Next, you need to install cache cleaning apps like CCleaner that you can use to wipe out all types of cache files instantly. Another manual method is to clear app cache which is little time consuming but effective in freeing up clogged space and optimizing phone’s performance.

Finally, there is an alternative method wherein users are required to boot into the recovery mode that you can refer to the ‘Perform a restore factory’ method. You need to select ‘wipe cache partition >> yes’ and that must do the job.

A lot could go wrong if you don’t stick to updating the firmware which actually serves as an interactive medium between software and hardware components. Bugs could hamper system’s performance either as a whole or it could target a specific component and therefore updating firmware is must and since it is an easy to do method, it is often the most recommended one. You can upgrade to a newer version if available simply by navigating to Settings >> About Device >> Software Updates >> Check for updates. Note that not all Android smartphones will get their updates timely and thus, there is an alternative in the form of custom OEMs which are easily available and get timely updates.

To restore a phone to its original factory settings, you need to boot into the recovery mode and here’s how you can do it without a fuss.

Check if the charger is not supported/damaged

Check for the integrity of a charger. As is an electronic device, it is susceptible to damage and therefore could cause the phone to suffer battery draining problems simply because the brick is incapable of drawing the charge from the power source. Also, an incompatible charger could draw ‘x’ amount of power while the phone is using ‘x+1’ amount of power when the screen is on causing the phone to lose battery more than it charges. To fix it, buy a compatible original charged.

Check if the battery is damaged/old/faulty

If your phone’s battery is draining too quickly, it could be the battery in fault. It is possible that the battery is faulty or has run out of its lifecycle which is causing it to wobble in terms of performance. A damaged or faulty battery could hamper phone’s standby duration while affecting the screen-on-time (SoT) as well. The simple fix is to replace the battery or get it checked from an authorized service center.

If all your efforts go in vain, it is ideal to retreat to an authorized service center where they’ll be able to get a resolution of the battery draining problems if possible. This involves paying certain charges if the particular component is not covered under warranty while some of the brands offer a complete unit replacement within freelook period and there are a bunch of other things that could happen once you walk into the center.