Apple iPhones are regarded as one of the best mobile devices for photography and that doesn’t shy away even if you use an iPhone 5S today in 2020. Talking about photography, you can take photos on your iPhone in both vertical and horizontal orientation depending upon the scene you are trying to capture. Although it is quite imminent that a landscape photo you capture horizontally orienting the phone. The same goes for Portrait or bokeh mode which is usually taken in a vertical orientation.

Talking about camera orientation, something can happen that you aren’t aware of the orientation even after the physical orientation of the device. This could happen if you have enabled orientation lock on your iPhone. This could cause a bit of confusion if you should hold the phone vertically or horizontally to capture the scene in the best way both for photos and videos. Well, here’s a quick way that you can use to find out how you can gauge the phone’s camera orientation in a jiffy.

How to Check iPhone Camera Orientation When Taking Photos or Videos?

Step 01: First of all, open the camera app on your iPad or iPhone.
Step 02: By default, it will show Photo mode so direct the phone towards the scene you want to capture either photo or video.
Step 03: The best way to gauge the orientation is to look at the “HDR” mode option which is usually available on top of the camera app when the phone is directly vertically aka simply as if you are using the phone in a normal way. The same goes for the ‘1x’ button right above the camera shutter button.
Step 04: Check the orientation, if the ‘HDR’ is written horizontally, the photos and videos will be in portrait or normal mode. On the other hand, if the HDR and 1x zoom buttons are vertical, then the photos will appear in landscape mode.

Apart from the actual physical orientation of the phone, the ‘HDR’ mode option and ‘1x’ button in the camera app is a pointer that will help you gauge the orientation of the photos and videos that you will be capturing. For instance, if you are taking a photo and the phone is vertically aligned, check if the ‘HDR’ option is written as it is or not. Both HDR and 1x button should appear as written horizontally in your or anyone else’s point of view. You can check out the ‘Image 1’ to get a clear picture of the same. 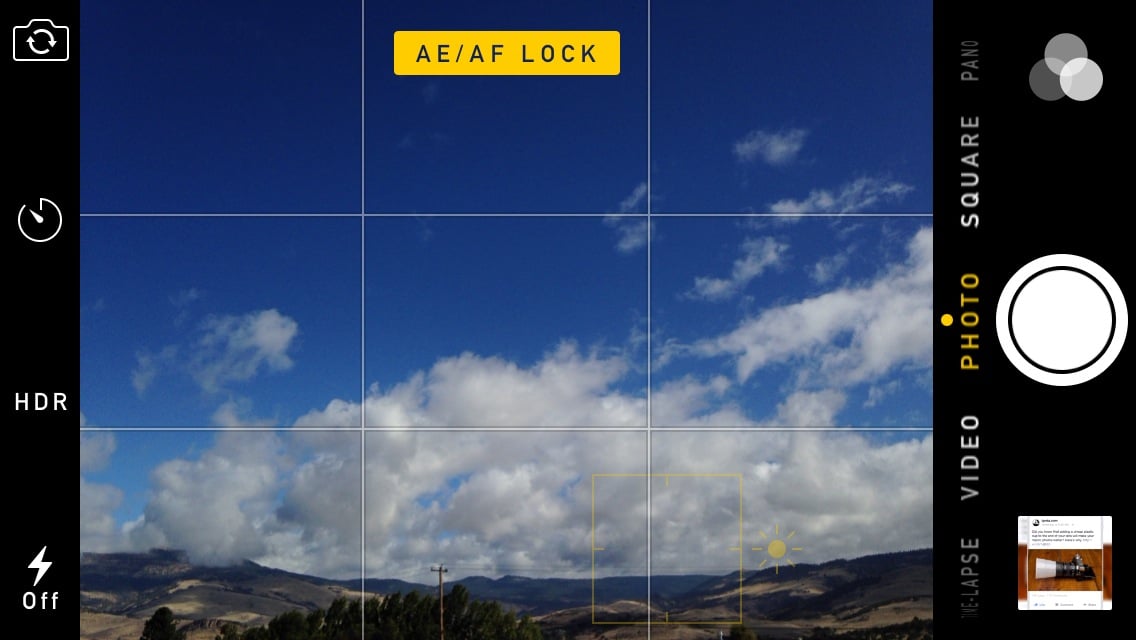 On the other hand, when you are holding the phone in landscape mode, the HDR and 1x button will duly change as well on your iPhone. This makes these options a pretty good indicator of the orientation. When in landscape mode, the HDR icon and 1x button must be horizontal in your point of view but it will appear vertical when you view it from the chin of the device. Rotate the device and you’ll see HDR and 1x button to rotate along as well. You can check out the ‘Image 2’ to get a clear picture of the same.

Here’s an example of the issue that could occur when the orientation goes off. If you look at the ‘Image 3’, you can see that the phone is physically vertically in a landscape mode, however, the ‘HDR’ and ‘1x’ button is still orienting horizontally which means even if you click a photo with it, the output will be in a portrait mode. You can fix it by rotating the phone and coming back to landscape mode and check if it resembles ‘Image 2’.

I hope this trick does help you get the camera orientation on your iPhone right.