Does your Archos phone overheats every time you use it? Is it happening all by itself or do you have apps running in the background that you don’t know about? Perhaps you’re gaming too much or the environmental conditions are too extreme. It’s difficult to pinpoint just why your smartphone is overheating but such smartphones usually run slowly and run out of battery fast. It also shortens the lifespan of your phone. it may even explode in some cases. So take it seriously once your phone is extremely hot. Though in most cases the overheating problem is a hardware issue and thus, there are also some tips that you can follow to ensure that your smartphone does not overheat. 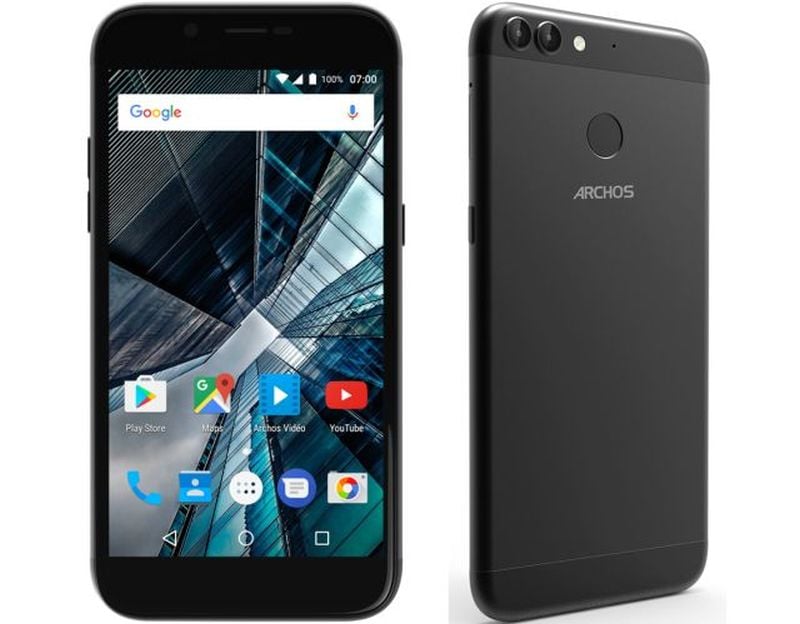 Don’t leave your phone in the sunlight too long

Avoid using your cell phone at high temperatures. Sunlight, especially in the summertime will overheat your phone if you put it under direct sunlight for a long time. If the phone gets extremely hot in the sun, stop using it and move it to a cooler environment. Do not use the phone until it cools down. Make sure to take off the protective case to help cool your phone faster.

Shutdown unused programs in the background

You may not know there are many apps running on your phone in the background and you haven’t used any of them. These apps not only consume RAM storage but also consume battery power and overheat your device in long time processing. Tapping the home button will only take you back to the home page. The apps will still run in the background. It’s advisable to click Exit from the app menu to quit running the program. Sometimes you may forget to end the app or haven’t got the time to quit the app. In that case, you can check your phone frequently and close the apps at one time.

Give your phone and your hands some rest

People are so addicted to their mobile phones that they often forget the time gone by when using their phones. Smartphones have become our comfort zones and we continue to play with our phones while charging. There is no doubt that long durations of usage while charging leads to the overheating problem.
For example, the heat that arises when you play games or you are on a call for a long time. A game requires many parts of your phone to work at the same time and thus the phone’s CPU cannot meet your demands and that leads to an overload and causes overheating.

A malware could also be the cause of overheating because such malicious programs are not configured to be easy on the resources. When your cell phone is infected by the virus or other types of malware it will spread malicious content and send your data to the malware developer by using the phone’s resources. Thus, your phone gets overheated. Make sure to run the virus scan tool on your phone to find the malware source. Then uninstall the app. Though the phone hasn’t been infected by malware always remember:

Avoid using your phone when the signal is poor

Your phone has a poor signal? Don’t worry the phone will change to a better network type automatically. Your phone will struggle to find a strong signal while you are surfing the Internet which results in overload and this leading to overheating.
Avoid surfing the Internet or making a call when the signal is poor. If you really need to call someone the easiest way to obtain better signal is to change the place to check if you get better reception.

Keep it on a hard surface while charging

Always keep your phones on a hard surface while charging your smartphone instead of a bed or a sofa which absorbs the heat. When it is charging, the heat emitted gets trapped inside and warms up the smartphone even more and that causes overheating to your device.

People often keep their phones on charge overnight or overcharge the phone during the day. This was earlier not regarded as severe as your smartphone has a transformer that cuts off electricity when the phone is fully charged. However, note that the phone is still consuming some electricity that will eventually lead to overheating of your phone. It is bad for lithium-ion batteries installed in your phone since it can potentially lower the efficiency and battery backup. Constantly repeating the same will damage the battery completely and cause permanent damage and you will have to end up replacing your device.

Many users have reported that using any charger or battery other than original is problematic. Although it can be cheap at first, it is still a deal that would cause problems further. Buying chargers that are not competent with your smartphone or batteries that don’t comply with standards or made up of inferior quality can be problematic. If can heat up pretty easily and therefore it can cause physical damage to your device.

Update the firmware and apps

Developers are dedicated to offering their users an updated version of their apps and the Android firmware that you are utilizing on your Archos smartphones. Outdated apps or software’s run inefficiently and may have some bugs which overuse the cell phone’s processor and that cause your phones to Overheat.
Always make sure to follow these simple rules
Update your phone: Go to Settings – about phone / my device – Check for updates and update your phone if it’s not the latest version. Then restart your phone.
Update your apps: Head to the app store on your phone. Click your Account and check if there are any available updates for your downloaded apps. Generally, when you open an app, it will notify you to update the app if it has a new version.

Most Android phones also come with a built-in battery information tool to see battery health and temperature. Go to your phone’s dialer app (from where you make calls) and enter *#*#4636#*#* in it. A “Battery information” option should show up. Tap on it and you will see the battery health and battery temperature listed. Battery health should be “Good”. Anything else should raise concern. Battery temperature should be anywhere between 25°C – 40°C where 40°C should only reach very high usage. If your battery is above 50°C there is a chance it is defective.

Rebooting your device is essentially the most used and effective method to prevent damage to the system due to overheating. Rebooting also tends to fix the majority of minor software glitches that might have combined due to overheating. It is highly recommended to turn off the smartphone and keep it idle for at least 5 minutes before turning it off. You can also remove the battery from the phone and let it cool down all by itself but it is only applicable to those models that have removable batteries. Once the temperature of the phone and the battery is cool enough and suitable for you install the battery and restart the phone using ‘Power Button’.

In case if your phone has overheated and become unresponsive due to freezing or any related performance issue you can practice a force reboot. This will force the system to shut down and free up the resources being used and eventually lower the temperature of the internal components. You can perform a forced reboot by pressing the Volume Up/Down button based on your model and then press the Power button together. Hold the buttons until the phone shuts off. Wait for few minutes and then restart the phone using the Power button and there you go.

Hope this helps you

If your phone is overheating it is bad for both you and your phone. Follow the above tips to cool down your phone and get the best experience. Over usage of the phone is usually the main reason for occasional overheating. You can always indulge in some outdoor activity or gel around with your friends and family and give your device some rest. If your phone is continuously overheating then the battery or a rogue app could be the reason. Furthermore, if you have a very old phone then upgrading to a newer phone is the best option to fix Overheating.