Originally, smartphones aren’t meant to be dropped in water because these are electronic devices and highly susceptible to damage if water or any liquid, for instance, comes in contact with any of the delicate components embedded on your smartphone. Thus, it is advised not to dip your phone even if it has an IP67 or IP68 rating where smartphones could survive a depth of 1 to 1.5meter of depth for 30 minutes without getting damaged. Let’s talk about Archos phones that have high-end configuration with a certain amount of water resistance but that doesn’t mean that it will surely survive a dip or dunk or say, an accidental fall into the water or pool or toilet which is why we have covered this topic titled ‘How to Fix Archos Water Damaged Smartphone?’ which is something a lot of people have asked for and here it is. 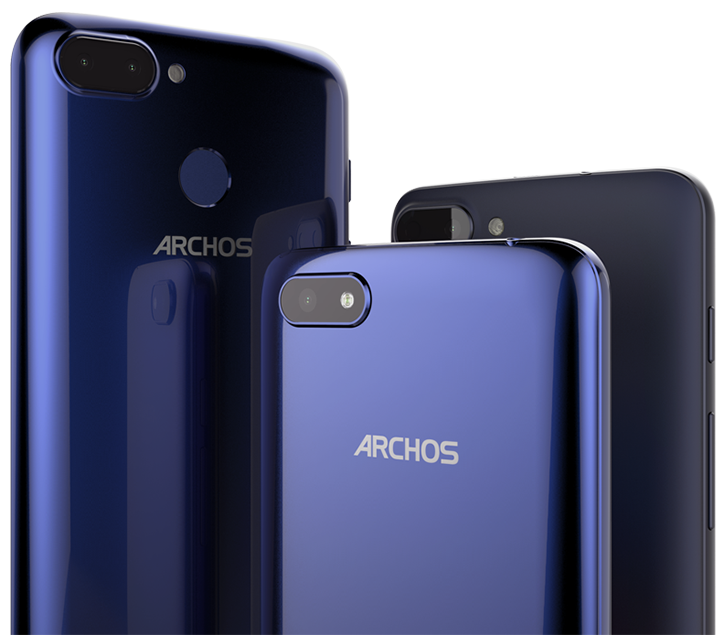 Before diving into the list of how to fix a water damaged smartphone, let’s do some groundwork where you would learn the various things you shouldn’t do in case if your phone ever tastes water or any liquid that could potentially damage it.

First of all, do not panic as the second waste in thinking will hike the severity of the water damage and that is something you should avoid. Then, you mustn’t try to press the buttons or tab or dabble on the screen anywhere thinking that it will excrete the residual water as it can cause further damage. Further, you mustn’t shake or wobble the phone much as it might push water or even droplets of water into the internal components where it could make devastating damage even if these components were completely safe when you dropped your phone in water at the first place. You mustn’t try to use air drier or blower either, at least at this time.

Next thing to keep a tab on is that you mustn’t plug in the charger with the phone as it could end of the short circuit or even worst, you could end up getting electrified though it won’t be enough to ‘kill’ someone that is a precaution you must take. No need to turn on the phone either and in case if the phone is turned on the moment when you removed it out of water which isn’t a case occasionally, you can press the power button once and gently to turn off the phone. Now that the groundwork is done, you can follow the guide on how to fix Archos water damaged smartphone using this procedure though it isn’t 100 percent foolproof.

What’s the first thing you do the moment you accidentally or say deliberately dropped your phone in a pool or toilet or somewhere water is available? You remove it. Yes, as said every second count, here you need to remove the phone out of the water as soon as you see it.

I don’t mean to disassemble it completely but you need to remove the accessories that include phone case, back panel, SIM cards, memory cards, and all other accessories that are removable. Place everything in a dry place but remember, do not attempt to unscrew the phone to reveal its internal assembly just yet.

Wipe off the remaining water

Take a cloth or a paper towel or tissue and dab it gently on the display, back panel, around the battery if removable or the entire section where the battery is housed in it’s removable. Do the same with all the accessories that you removed prior. Next is to use the paper towel to wipe off excess water from the ports and sockets where it is highly susceptible to cause water damage. You need to wipe off the SIM card trays or slot and memory card slot as well as it will increase the chance of revival.

Use a Vacuum cleaner for more

Although this method is complimentary I would recommend you to perform if you have a vacuum cleaner or you could get hold of one. You need to set a light setting on the vacuum cleaner and hover its hose across the edges of the phone, above the slots and ports, etc. This must suck out excess water from the phone as well.

Use rubbing alcohol to wipe off the circuit

This particular method isn’t for everyone as it increases the risk of voiding the phone’s warranty. If you are well aware of how a smartphone works and how to disassemble it completely and reassemble it again, you can disassemble it and use rubbing alcohol or isopropyl alcohol to dab on the components. This will remove the rust, corrosion, and other foreign elements introduced after the phone was water damaged. Further, it will also remove any residue that can cause damage to the components in the future. Remember, you are liable to reassemble the phone yourself and the warranty if void by now.

Take a ziplock bag and a water absorbent

Instead of using warranty voiding method that I explained above, you can simply use a more household method where you need to use a ziplock bag and put the phone inside the bag. Now, stuff the bag with water absorbing substances like silica gel or uncooked rice as it will suck out the excess water and moisture and thereby helping the phone to dry completely. But it doesn’t guarantee revival as it totally depends upon how severe the Archos water damaged smartphone is and how it responds to the various methods explained in this guide. You need to keep the phone in the ziplock bag for 2 to 3 days only after which, you can actually remove and check if it works or not.

Time for the biggest reveal

After three days, it finally that time when you can actually check if your water damaged smartphone has revived or not. Though lightly damaged smartphones would startup, there are many of the smartphones with a varying severity that wouldn’t respond. But wait, that doesn’t mean the phone has rendered useless. It could be because the battery is completely drained if so, plug the charger to the phone and let the battery charge for 10 to 15 minutes and try again several times if you fail once. This must kickstart the phone to startup but if it doesn’t, it’s high time that you report the problem to a service center.

If the phone is not responding even after you followed the above-given guide, you need to report it to an authorized service if the phone is in warranty period or if you have a contracted phone. There are many third-party service centers available in every nook and corner of the cities around the world that would happily resolve the problem (if it is resolvable) but that would cost you your warranty.

What else could you do to prevent water damage in the future?

There are many things you could do to prevent any water damage in the future such as you can buy a water-resistant smartphone with IP67 or IP68 or below certification but that would mean you need to invest heftily. Another alternative is to use waterproof or watertight cases and covers that would provide protection against water for your existing phone without burning a hold in your pocket.