We get a lot of requests and queries on a Coolpad overheating problem which is a common sight not only in Coolpad smartphones but across all Android smartphones. First of all, you must know that when you ask a smartphone to do a certain task like make a call or browse the web, the chipset takes power from the battery and distributes it across all the components that will be required to do their part in order to accomplish this work. Now, the chipset or the processor is capable of throttling both drawing power and consumption of the same across the device in simple words. Now when a lot of processes or apps are working at the same time or if there are any stimuli, the phone will have to work a lot and that is when it begins to generate heat.

Although normally the heat would radiate out of the device pretty easily if the heat is more than what the device can handle, it begins to raise the internal temperature of the device which is both harmful for the device as well as the battery which is supplying the power to the chipset and other components. It is very crucial to bring down the increasing temperature to prevent any physical damage and therefore, here’s everything you need to know about the Coolpad overheating problem and how you can resolve it plus the stimuli that contributes to the adverse effect that you need to prevent too. 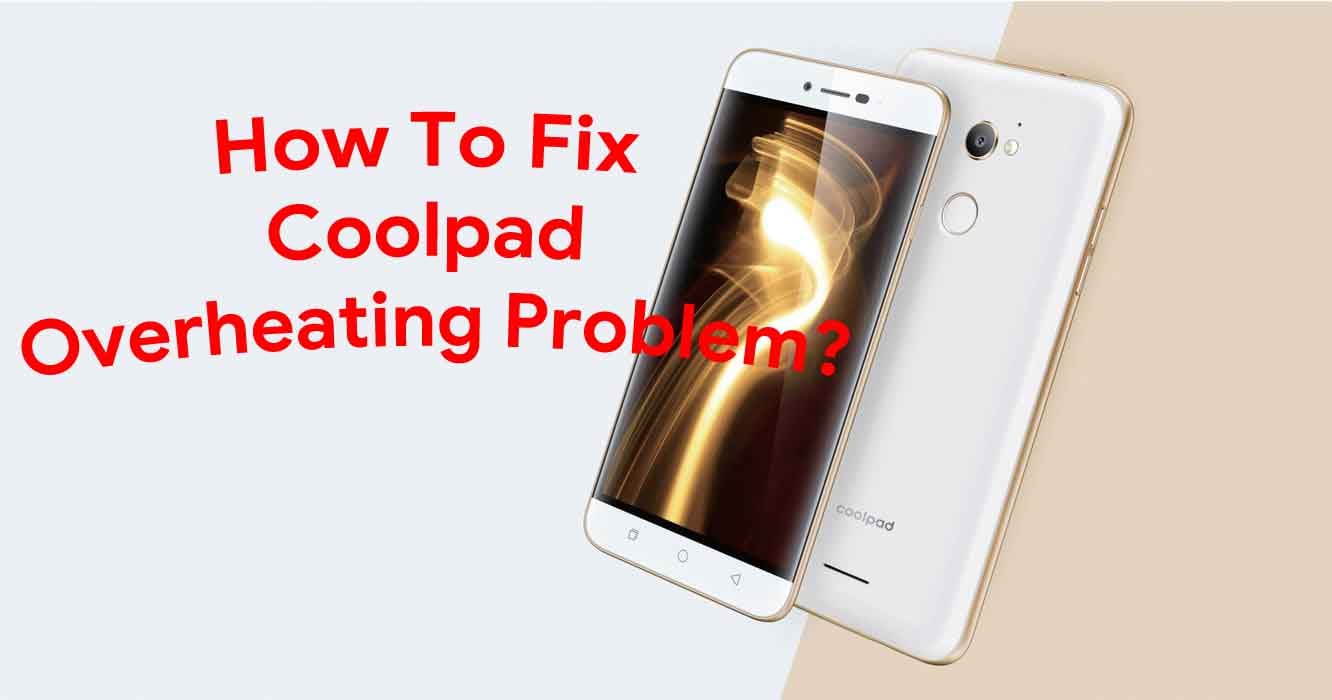 How To Fix Coolpad Overheating Problem?

Before we can actually start with how to fix the overheating problem that thousands of users are facing, you need to know the basics of what actually contributes towards the problem. It generally starts with charging habits where the user would keep the phone charging for a long duration without cutting off the power or he/she would use it while the phone is charging. Also, viruses and bugs have their part in causing the adverse impact on the device too and similarly, there are more than you will read in this extract.

Stay away from direct sunlight

It isn’t a surprise that the display of your smartphone could actually catch more heat from the direct sunlight that will increase the temperature of the device. This is an external stimulus which is easy to control. You mustn’t keep your phone in direct sunlight no matter how that particular selfie would look if you want to get rid of the Coolpad overheating problem.

Take the advice. You are holding your phone doing a ‘xyz’ task and suddenly, the phone starts to warm up. Now, it’s actually normal for a smartphone to warm up but not beyond a limit and if you feel the device has become hotter than usual, its time to disconnect the device from its battery and let it cool. What you need to do here is to turn off the phone and disassemble its back panel, battery, SIM Card and memory card and let it cool. It is an easy to follow tip to cool down the phone which would take a few minutes and then, you can restart the phone and that’s all.

Apps are the USP of an Android-enabled smartphone because there are millions of apps available on the Play Store to choose from. Now, usually a smartphone user wouldn’t thick to close an app after use because it is practically closed, isn’t it? But smartphones are designed to hold the recently closed app in the background so that the user can retrieve it when needed. This keeps a certain portion of RAM engaged which isn’t available for use until the app isn’t actually closed and since it’s an Android smartphone, deficiency of RAM can slow down the phone considerably. Thus, it is healthy to close apps when work is done simply by tapping the ‘recent’ button. But if the app keeps popping up again, you can go to ‘Settings >> Apps >> Running’ and Force Stop an app.

What if an app is causing the trouble?

As said, there are millions of apps available of which, the majority are from third-party developers and aren’t trusted at all. Even a trusted app can cause conflict and try to suppress another app from starting up. Further, it could be any of the downloaded apps which are causing the device to suffer overheating problem. But do you know what? It is fairly easy to narrow down the culprit by assessing the safe mode where the user can check if the pre-installed apps are problematic or the ones he/she downloaded. If the phone works normally in safe mode, it is probably a downloaded app after which, you can uninstall the apps one-by-one trying to narrow down the culprit.

We have a lot of apps installed on our Android-enabled Coolpad smartphones simply because we have enough space at disposal. But this isn’t a good practice as the dormant and unused apps still lie around the phone consuming power and resources which isn’t good for a smartphone. In fact, it can slow down the smartphone further and that’s where Android smartphones have to suffer when opposed to Apple smartphones which don’t get too affected with apps using too much of its RAM. Also, these apps that aren’t in use can also contribute to the Coolpad overheating problem that you are facing and therefore, it must be uninstalled from the phone.

Isn’t it self-explanatory? Overusing any smartphone will result in power drain as well as it will generate more heat and thus, the phone will get warm quickly. Even if you aren’t using the phone much, using it to play high-graphic games for some time may also result in the same issue. Further, many users would use a smartphone for a number of tasks at the same time such as charging and using it or transferring data to the computer while downloading data from the mobile data or wifi and others. This is one of the most reported causes of the overheating problem which is uniform across all devices so if you are one of the people who love multitasking and overusing the phone, give it a rest for few minutes after using it for some time. This will keep the core temperature in check while allowing the user to use it without any limitation.

Remove Malware from the device

It is not just malware but also bugs and viruses that you must defend the phone from or else, you’ll have to follow a slew of issues. You can use an antivirus program to get the phone scanned and verified or you can use the same to quarantine any discovered malware or virus.

When apps installed on smartphones go outdated, they tend to introduce bugs which can slow a slew of problems including difficulty in assessing wifi, Bluetooth, location, performance glitches such as overheating problem, screen freezing or flickering, etc. You must keep all the apps updated to get rid of such a catastrophe and the way to update all the apps is to open the Google Play Store on your device and simply, check out the apps for which, the apps are available.

When you update all the apps, guess why the Android OS which is a software in its sense, needs an update too. You must keep the Android OS or firmware update so that no bugs can be introduced to the system. Note that if you are unable to update the firmware, check out if you can downgrade it or use a custom ROM instead.

It is highly recommended to clear the cache files stored on the phone to get rid of any performance related issues including this overheating problem which may have caused due to corrupted cache and data.

This is the third method you can employ to get rid of cache files stored in cache partition. You’ll have to follow the procedure mentioned below which dictates how to boot into the recovery mode after which, you can clear the cache partition.

If you aren’t able to get rid of the issue, simply reset the device that will end the problem once-and-for-all. Here’s how you can do the same.

Verify if the battery is damaged

Your phone is facing an overheating problem which is also connected to the battery as well. It is quite possible that the battery you are using is damaged or has developed faults which you must rectify to get rid of the issue. Replacing the battery is a better option rather than keeping the same damaged battery that can damage the phone ahead.

Last but not the least, report the issue to a service center and get it fixed. Though you’ll have to pay a premium to get it fixed, it is still by far the best choice if you yourself cannot find the issue and resolve it. You can report to a service center if your phone is in warranty or you can report the phone to a third party technician or repair shop knowing that the warranty will be void.