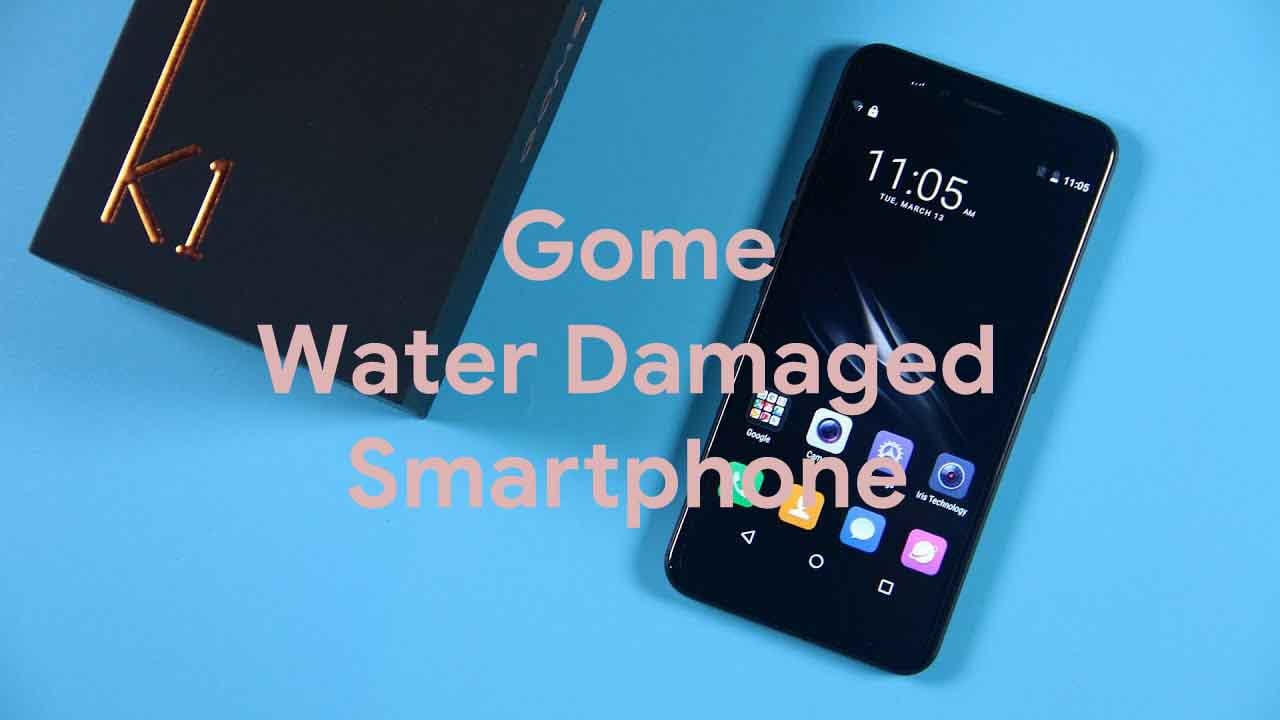 We understand that accidents happen where you might accidentally drop your phone on the beach while taking a photo or a video or in a commode while going through morning rituals. Thus, we curated a list of few methods that could help revive a less or moderately water damaged smartphone and that too, without any guarantee since as aforementioned, a water damaged smartphone is just too difficult to fix. So here we go!

What ‘not’ to do when trying to fix the Gome water damaged smartphone?

First of all, there’s nothing to panic because if you do so, you will you end up messing and that’s something you must avoid. Further, there’s no need to press any buttons or display, back panel or any surface of the phone as it can push water or droplets into the internal circuitry and that’s where it is going to make most damage. Shaking or moving the phone too abruptly and randomly will have the same effect on a water damaged smartphone because water can actually squeeze in any place, nook, or corner. Next thing to keep in the tab is that you mustn’t try to turn on the phone if it is turned off because the phone must be switched off before you can do any of the given tasks.

Next thing is not to plug in the phone to the charger as it can cause a short circuit. Similarly, there’s no benefit in using air blower or dryer or vacuum cleaner (at this instance) as it can cause problems ahead by forcing the water through the orifices towards the internal assembly where all the crucial components are affixed and contact to water isn’t worth it since these components are highly susceptible to water.

Assuming that you already know what you shouldn’t do, here’s a list of things you should actually do to fix Gome water damaged smartphone.

Remove the phone out of the water

This is the first thing you must do. Although it sounds not to difficult if you panic, it will take you time to react and remove the phone out of the water which could be disastrous. So, beware and take out the phone immediately and turn it off.

Wipe off the phone

Take a paper towel or tissue or a microfiber cloth and wipe off the exterior of the smartphone but keep in mind, do not shake or move the phone much as it can force the water through the various openings towards the internal circuitry where the chances of damage are higher. Take a small piece of tissue, roll it to form a sharp object and use it to click the memory and SIM slots, headphone jack, speaker grille, and mic as well.

Next step in the series is to remove the accessories which include phone case, back cover, SIM cards, memory cards, and other peripherals that you can remove including battery if it is removable but do not attempt to yank the battery if it is not removable.

Wipe off the accessories

Now, use a paper towel to soak and wipe off water from the accessories to prevent it from damage.

Use a vacuum cleaner to soak excess water

Now, take a vacuum cleaner, set it on a light setting and take the suction pipe and hold it towards the openings on your phone as well as exterior back and front panel.

Wait for it. You must have knowledge on how to unscrew and dismantle a smartphone and put it back together before attempting this particular step. You can use YouTube videos or guide on Google to get help with it but it will surely void the warranty period. You need to unscrew the panel and remove all the components, use rubbing alcohol to clean off the components, panels, welded joints, wires, etc. Rubbing alcohol or isopropyl alcohol is used to clean residues left by the water which can cause a problem in the latter stage. It also helps get rid of corrosion and rust among other debris.

Put the phone in a ziplock bag

This is an effective remedy you can perform at home hoping that the phone will start but even though it is effective, this method works for only times based on many factors and severity of the water damage. Take a ziplock bag big enough to hold your phone, put the phone in it and pour uncooked rice or another water absorbent like silica gel litter or silica gel, etc. It will soak the moisture trapped in the internal assembly in case you skipped the previous method which mustn’t be tried if you are not familiar with it. Now, ziplock the bag and keep it idle for 2 to 3 days.

You need to take out the phone and try to turn it on and it will if the method worked. Take the phone and press the power button to turn it on. If it doesn’t turn on the first time, repeat the procedure several times or connect the phone to a charger as the battery might be drained. But even after all this, the phone doesn’t respond, you need to produce it in front of a service center and get it fixed professionally.

Reporting the issue to a service center

If you can’t get the Gome water damaged smartphone fixed by yourself, you must report the same to a service center and probably an authorized one if you want to keep the warranty or else other service centers could do the job as well.

What are the precautions one could take to prevent water damage?

You can buy a water-resistant smartphone with IP rating where the phones are tested to withstand around half an hour underwater at a depth of 1 meter but the standards change from brands to brands. Further, you can opt for a water-resistant phone cover which is a smaller investment compared to buying a new phone altogether.