Dang! You know you messed up if you happen to drop your phone in a pool or toilet or any place where it has come in contact with water or any liquid. It is because the internal assembly of a smartphone is sensitive to water and a drop of water can actually cause short circuits and system failures and that’s when it will dig a hole in your pocket. When something like this happens, there’s a feeble chance the water damaged smartphone could be revived since water truly messes up with the internal electronic components. If in case if you happen to be the one who deliberately or unknowingly dropped water on the phone or vice versa, here’s what you can do. Although this method isn’t foolproof, it is still a workaround to fix a water damaged smartphone. 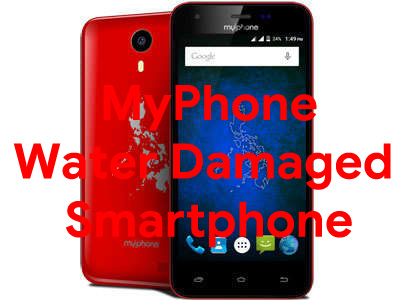 Let’s see what you can do but first, let’s discuss what you cannot do because it is equally important to know what you “shouldn’t” do. Here’s the list of “don’ts”.

First of all, you shouldn’t panic and that’s for sure because if you panic, you will mess up because every second count if your phone is water damaged. Next, you shouldn’t press buttons or dab/touch on the screen and anywhere across the phone as it will push the water or even a drop of water deep inside the internal assembly. Next thing is to remember that you shouldn’t try to turn on the phone if it is turned off but you should turn off the phone in case if the phone is still turned on.

Further, you shouldn’t try to wobble the phone or shake it as it will surely gonna force the water into the internal assembly where it can cause destruction. Next thing you shouldn’t do with respect to water damaged smartphone is to plug in the charger as you might know that electricity isn’t a good friend of water. You mustn’t try to use a blower or air dryer attempting to evaporate the water or vacuum it out. Now that you know the things you “shouldn’t do”, here’s what you can do.

What should you do to fix the MyPhone water damaged smartphone?

You accidentally dropped water on your phone or vice versa, what should you do next? Here’s a procedure that you can utilize in order to revive the phone but historically, there’s a little chance that only a handful of MyPhone water damaged smartphone can be revived.

Take out the phone

No matter if it was a deliberate attempt or an accident because of which, your phone dropped in water, you must take out the phone and keep it on a dry surface. Note that you mustn’t shake or wobble the phone much as it will throw the droplets of water deep into the internal circuitry which can cause trouble.

Disassemble the phone and wipe it off

Now it’s time to disassemble the phone but do it gently. Remove the back cover, SIM cards, memory card, and other accessories. Use a paper towel or a microfiber cloth to wipe off the excess water on the accessories as well as the phone itself. Roll a tiny portion of the tissue and insert in inside the ports and slots where the water can be lodged and keep it on the dry surface.

Assuming that you have wiped off the water that you can spot across the front and back panel. You can use a vacuum cleaner on light settings using which, you can suck out the excess water lodged deep into the nook and cranny of the phone. Simply wipe off the phone using a paper towel again to ensure that you get rid of the water totally. There’s an alternative too which is stated below.

Use rubbing alcohol to remove the residues

Note that this method is particularly for those who know how to disassemble the phone by unscrewing the Phillips screws using which all the circuits and components are attached to the chassis. If you have the expertise or knowledge regarding the same, you can disassemble it and use rubbing alcohol which is also known as isopropyl alcohol that will remove all the residues, corrosions, and other foreign elements introduced with the water. You need to know how to reassemble the phone before you can practice the same. Note that you can ask a technician to do the same.

This is one of the methods that you can employ in order to dry off the phone and try to revive a MyPhone water damaged smartphone. Note that only a handful of devices damaged by water can be restored. To practice this particular method, you must take a ziplock bag and put the phone in it. Now, you can fill up the bag with uncooked rice or silica gel or silica gel litter or any other water absorbent that will eventually suck in water as well as evaporate the excess water and dry off the phone. Note that you must keep the phone inside the ziplock bag for at least 2 to 3 days.

Time for the big reveal

Assuming that you kept the smartphone in a ziplock bag for 2 to 3 days, you need to remove it. Depending upon the severity of the water damaged smartphone, the phone will actually turn on or it will stay turned off. Note that there are several scenarios such as, the phone will turn on which is if you are lucky or if the damage was restored. Next, the phone will not turn on which could be because the battery is drained out completely or if the phone is damaged beyond workaround damage which is something you are doing. You can charge the phone and attempt to power it on but in case if it doesn’t turn on, the phone is more likely to be damaged. Note that you can proceed with the next step for a professional help.

If you can’t get the phone fixed even after practicing this entire guide, you need to report it to a service center preferably an authorized service center.

What precautions can you take against water damage?

Smartphones are extremely delicate to water if it lacks any water resistant coating or cover that can protect it from getting water damaged. There are several ways you can take precautions to prevent such conditions such as, you can avoid taking the phone somewhere near water. You can opt for a waterproof cover or case if you are looking forward to spending a bit to enhance your phone’s defense against water. Another way around is that you can buy a smartphone with IP67 or IP68 water protection or lower than that where the water resistivity increases greatly but it is a sizable investment of more or less $500.