Oops! You just dropped your phone in a pool, sink, or toilet. What should you do next? Note that every minute counts when it comes to water damaged smartphone as water might or might not have escaped to the internal assembly where it can cause the most damage. If you have dropped your phone where liquid can escape in its PCB, then you need to act fast and that is why we have curated this article where you can read along to know more about how to fix a Nokia water damaged smartphone which also applies to any and every smartphone worldwide.

The very first thing you can do is to take the phone out of the water as soon as it drops because as aforementioned, every minute counts. This applies to water resistant smartphones too since you never know what could damage an already delicate and sensitive electronic device like a smartphone. Once you have removed the phone from the water, there are things you should do and things that you shouldn’t do and we have discussed all the prospects in this article in detail. 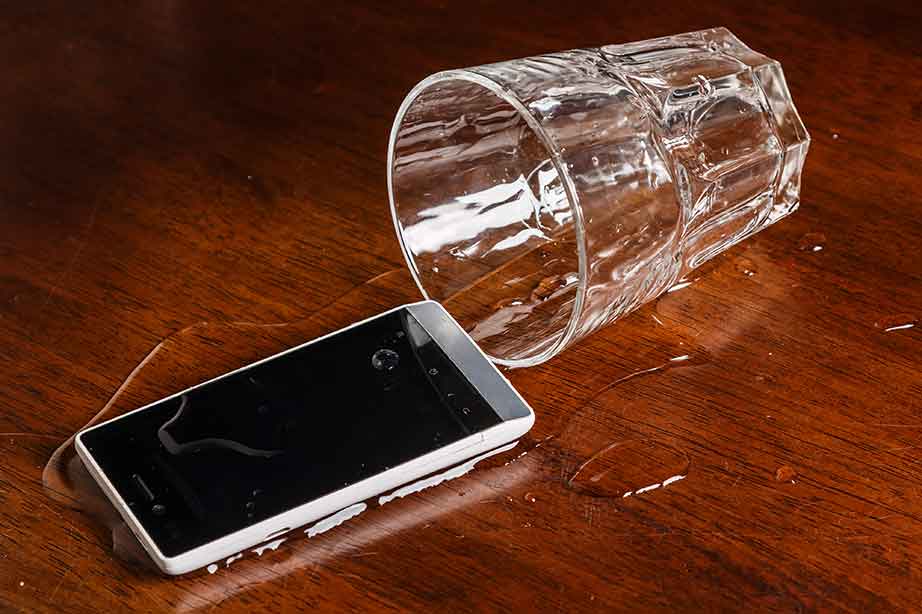 What shouldn’t you do?

First and foremost, there are things you can do and you cannot do. Doing the latter part can cause excessive damage to the PCB or other components like the screen, etc. We have enlisted certain “Don’ts” in this extract so that you can be familiar with what things you aren’t supposed to do when you accidentally drop your smartphone in water.

Do not turn it on
Most of the times when a phone comes in contact with water, it turns off automatically. In such cases, you mustn’t turn it off until further steps are followed. This will ensure that the water doesn’t cause any further damage to the PCB if the phone is turned on. On the contrary, if your phone is turned on even after coming in contact with water, gently press the power key and turn it off. If it doesn’t allow you to press ‘Power Off’ on the screen, gently remove the battery if you have a removable battery.

Do not press any keys
It is very crucial that you try to get the water out of the PCB and not on it. Whenever you press any keys or buttons, there is a possibility that it might push the water into the internal assembly and once the water comes in contact with sensitive PCB, it might cause more damage.

Do not tap, shake, or bang the phone
This is a continuation of the last “don’ts”. You must see to it that you don’t shake or bang or even tap on the phone that can push the water into the internal assembly or somewhere it shouldn’t be.

Do not blow air
At first, it might seem that blowing air into the openings or ports on your Nokia water damaged smartphone is helpful. But the truth is, it isn’t helpful as it will push the water where it hadn’t reached already. This will contribute to more damage and thus, you must avoid it.

Do not heat it up
Heating up the phone using a dryer or any other equipment is not healthy at all. When you heat up water, it evaporates in vapor form and gets deposited on the ceiling. Now, think about the same process inside a smartphone where the risk of water seeping into areas or components where it shouldn’t be which will cause more damage. Thus, beware not to do this or any other step mentioned in this section.

What should you do?

Take it out
The first thing to do is not to panic at all. You must take the phone out of the water and keep it on a dry surface.

Turn it off
If the phone isn’t turned off by itself, gently press the power button and turn it off. Note that does not shake, wobble, bang the phone as it might send the water into the PCB and that will not look good.

Remove all the removable’
You have already placed the phone on a dry surface, now its time to remove all the accessories that can be removed. This includes microSD cards, SIM cards, case and cover, battery, etc.

Wipe it off
Take a clean cloth or paper towel and gently dab on the phone and try to dry it. This includes dapping the cloth on the touchscreen, back panel, etc as it will suck the excess water which will on the exterior.

Use a vacuum cleaner
Now, if the phone is extensively damaged by water, use light settings on a vacuum cleaner and suck out the excess water from openings, cracks, and other regions where you can spot traces of water. Avoid shaking the phone too much to avoid the water from spreading out in either direction.

Take a ziplock bag
Note that if your phone is not extensively damaged, you can still revive it using a ziplock bag and handful of uncooked rice as the latter is a great water absorbent. Take a ziplock bag, put the phone into the bag and fill up the bag with uncooked rice. Now, lock it and keep it aside for 2 to 3 days straight. The rice will absorb water and moisture trapped inside the phone and thus, it will make your phone completely dry.

Take it out off the ziplock bag
After 2 or 3 days whichever seems right according to the severity of water damage, take the phone out of the ziplock bag and try to turn it on. Now that are many probabilities that you can notice.
Firstly, the phone will turn on without any glitch.
OR
The battery is completely drained because of which, the phone isn’t turning on. In such case, plug the phone into a charger and let it charge for few minutes and then, attempt to turn it on.
OR
The water has caused excessive damage to the PCB and now, the phone is actually damaged.

What are the preventive measures?

“Precaution is better than cure”, if you believe in this quote, then you should know that there are preventive measures that you can employ to prevent your phone from getting water damaged. First, you can buy a water-resistant smartphone with IP67 or IP68 coating. These smartphones come with submersible capability where you can dive in a pool or say sea or ocean few meters deep for a duration of maximum 30 minutes without leaving a trace of water on your smartphone.

But it does have its own limitations such as, the duration of which the phone will stay undamaged in water is 30 minutes. This could vary with devices and manufacturers. Another popular preventive measure is to use water resistant cases. There are plenty of cases like Griffin Survivor, Catalyst, Otterbox, and others which are waterproof cases. However, in any circumstances, you must know that you must pull out the phone away from water.