Intelligent SoC and heat dissipation system among others are actively getting rid of the excess heat generated by the chipset, battery, and other components when you are using a smartphone. But it could be merely a software issue or there could be something wrong which is causing an overheating problem on your phone. Although it might not sound to be extreme at first since even using the phone for calls can overheating it a little but trust me, overheating problem has an adverse impact on performance, battery life, and can even cause physical damage due to excess heat. Here’s how you can fix it. 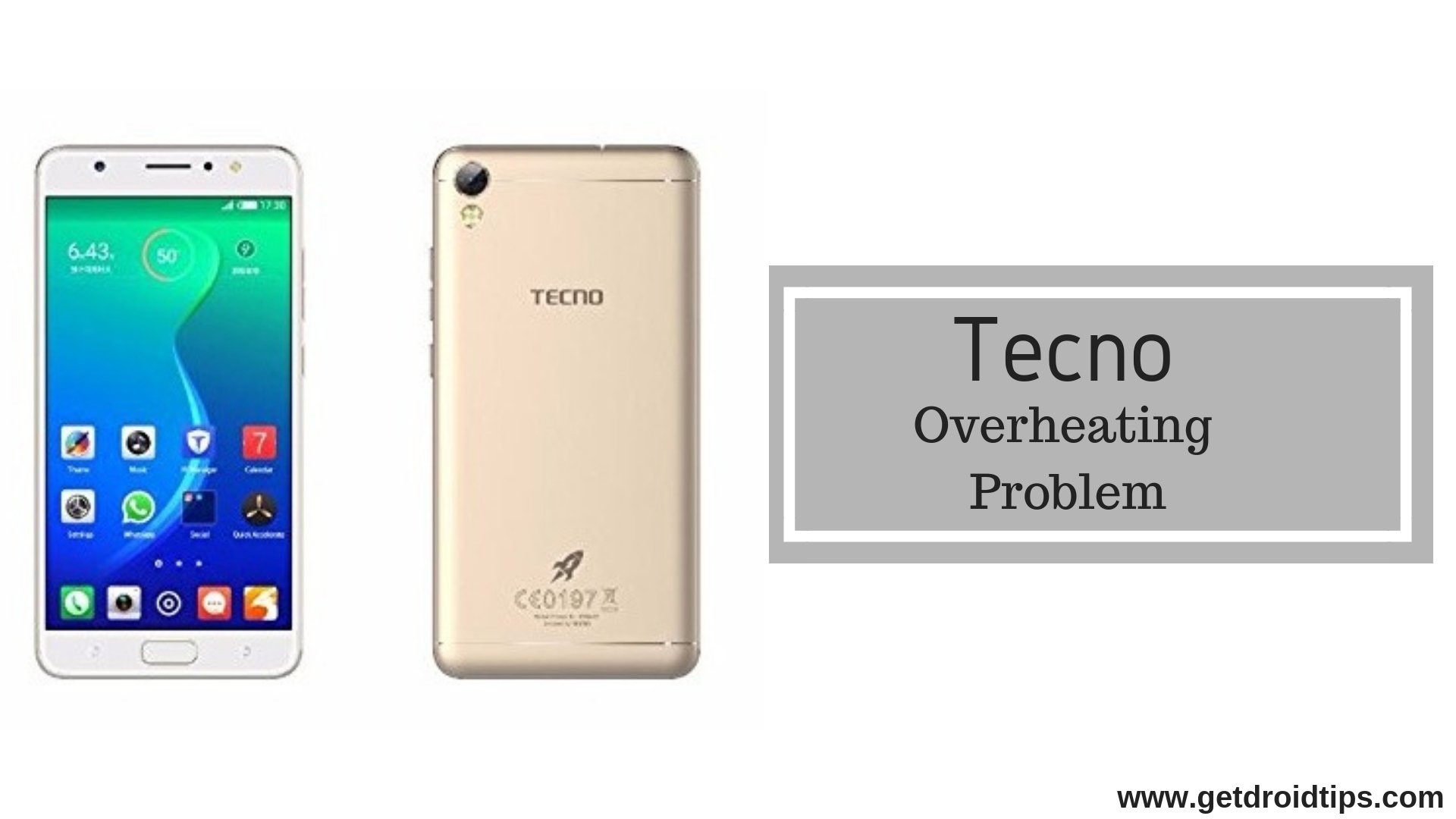 How To Fix Tecno Overheating Problem?

Boot up the smartphone

This is the basic step that you can do in order to prevent the phone from overheating or as a preventive measure in case if the phone starts to heat up abnormally. Doing so will shut down all processes and apps both in fore and background and keeping the phone switched off for some time will give it a chance to cool down faster. Now, to perfect this method, remove the phone cover and back panel if removable and keep it aside before attempting to turn it back on after it is back to its original temperature.

Keep the phone away from direct sunlight

Although it depends on the intensity of the sunlight, keeping the phone away from it is a better alternative than trying to play hide and seek with the sunlight. To elaborate it further, no matter which material the phone is made up of, there will be always heat sensitive components within the phone and the outermost material acts as a good conductor to heat and therefore, raises the body temperature of the phone and that’s when the phone escapes the critical temperature that it can handle and goes in the zone where it will be hot to handle when the overheating problem kicks in.

Thus, avoiding it altogether can help avert the problem or if you really want to play with the phone during an outing on a beach or in the park, remember to keep the phone is shade after some time to keep a tab on the increasing temperature and that must do the job.

This might not seem relevant to the overheating problem but believe me, it is relevant. You need to keep the brightness settings in the tab which accounts for a chunk of battery life since the phone’s screen has to be lit and thus, OLED panels consume more power but LCD displays aren’t lagging behind. Therefore, it is ideal to keep a tab on brightness settings and reduce the intensity during the night and increasing only when needed the day. There are third-party apps that allow the phone to dim the display brightness even further to conserve battery life and lift the strain that it puts on the battery which had limited resources.

Keeping too many apps open at once may sound cool and in fact, it is since smartphones are getting advanced and now, it allows the user to open a number of apps at once without any glitch but that’s not something you should be often. Keeping the RAM which is a temporary storage accessing which, apps start-up is crucial to keep the phone’s performance optimal and thus, you must keep the total number of opened apps in check. My advice will be to close apps as soon as you are done with it because you can open it again whenever needed.

we tend to keep services like GPS, Wi-Fi, Bluetooth, mobile data and other services enabled even after we don’t need it right now. This adds strain on the battery and could contribute to the overheating problem that you are looking forward to fixing. Therefore, the simple solution is to turn off unwanted services when not required.

Most of the people have grown addicted to their smartphones because it offers an unlimited source of entertainment media, it enables the user to stay connected to the world and more. But overusing the phone has a number of issues and the first is increasing addiction and dependence. Further, since you are using the phone too much assuming that it has a battery, it tends to put a strain on the battery as it is forced to work more in a small frame of duration. It adds a number of problems on your phone’s bucket such as battery draining issue and most importantly, overheating problem.

Get rid of unused apps

If you aren’t using the app for the last one week, it is time to get rid of it. Since we all have Wi-Fi and mobile data enabled, there is no way you’ll lose the service from one ap if you had uninstalled it a while ago because you can install it again and again for the millionth time. Thus, getting rid of unused apps is the best way to clear up the storage and free up the resources that will allow the phone to work smoothly.

If your phone has been behaving abnormally, it could be because of outdated apps or the firmware itself. Since apps need updates and upgrades to wade off any bugs that may have escaped and also to inculcate new features and changes. Updating apps on an Android-enabled Tecno phone is a piece of cake as you literally have to navigate towards the Google Play Store and go to ‘My apps and games’ where all the updates are available.

On the other hand, firmware the handles all requests from hardware and software components on a smartphone too must be updated as and when available. For that, you are required to retreat to ‘Settings >> About Device >> Software Updates’ and you’ll find the updates if any.

Method #1: Download apps that enable deleting cache files like CCleaner that will automatically clear junk and cache files whenever required and it is easy.
Method #2: You need to navigate towards ‘Settings >> Storage >> Cache Memory’ and clicking on the same would provide a prompt to delete the files and its done.
Method #3: The third method including navigating to ‘Settings >> Apps >> Downloaded’ where you can check out the list of apps that you want to clear cache files for and tap on ‘Clear Cache’, ‘Clear Data’.

This is the third location where cache files are stored and for which, you’ll have to report to the recovery mode to get it working. You need to start by switching off the phone and then, long press the power button and volume up button that will guide the phone to boot into recovery mode. You will have to release the keys as soon as an Android logo appears on the screen. From here, you can use the power button as selection key and then, volume rockers to toggle between the options. You need to select ‘wipe cache partition’ and that must do the job.

Verify the working of battery/cable/brick

Could the battery be damaged? Of course, there is a possibility that the battery itself has gone haywire or has damaged or simply out of work due to end of life expectancy. It’s here where you can get help from a technician to gauge if the battery is faulty or damage in case it is non-removable while removable batteries are easy to check and confirm any damage. Further, you also need to check if the brick and the cable that you are using is damaged or not because in many cases, any of these two components could play foul when used for charging the phone.

The final frontier before you can declare that the problem is not solvable by yourself, restoring the phone to its original settings can curb the overheating problem at once. You need to log into the recovery mode and once you get there, you need to select the option that says ‘clear data/restore factory’ and confirm it to restore the phone. You need to set up the phone from the stretch and check if the phone is working properly or not.

I know it is sometimes difficult to understand and fix a problem on your smartphone and since a lot of things could go, you must be cautious with what you do. Since all those methods aforementioned didn’t help you (in rare cases), you need to reach out to an authorized service center to get help and fix it right away. Yes, this may include paying a repair charge but that’s worth it if you want to prevent the phone from being another Note 7 if you know what I meant.