Tecno smartphones are great in terms of specs and that is why there are millions of Tecno users and the count is growing. But Tecno water damaged smartphone problem is widespread similar to any other brand and you know that electronic device like a smartphone would go haywire when it comes in contact with water and that’s the reason why experts advise not to take the phone near water because apparently, it is more damaging than physical damage (in some cases). Assuming that you dropped the phone in water or if it slipped in any liquid, you are here to find the way to fix Tecno water damaged smartphone and guess what, we have the right thing for you. 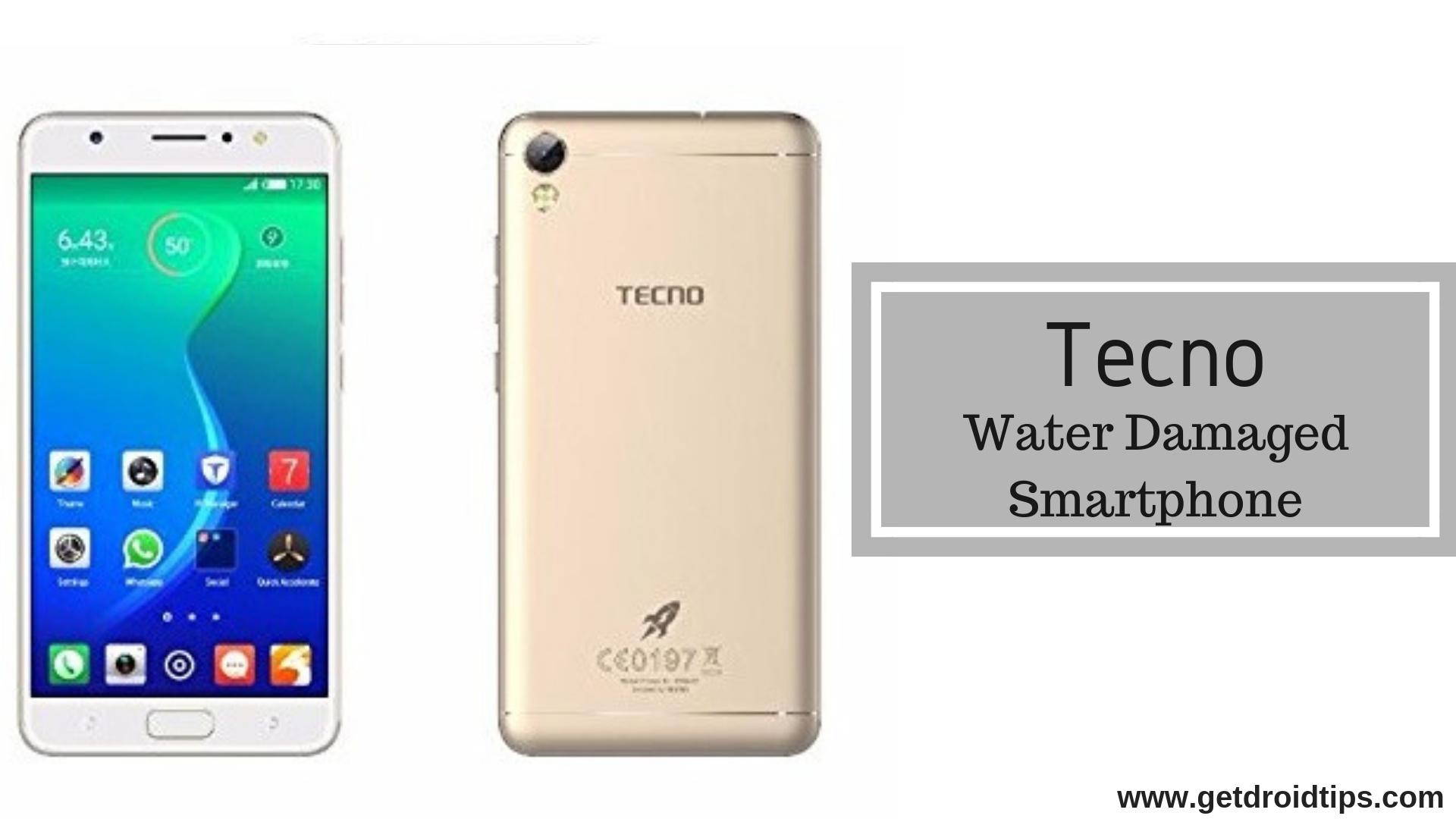 What not to do?

So you accidentally or deliberately dropped your phone in water and it is natural to panic in such situations. But the thing is, if you panic, the phone would stay drowned in water for a longer duration. Water and electronic device aren’t too good friends so it would increase the risk of severe damaged. Thus, you shouldn’t panic. Further, you shouldn’t attempt to turn on the phone if it is turned on or not even press any buttons since it could force the water beneath the keys into the internal assembly.

Moving further, do not dabble or touch profusely or knock on the screen because it will too have a significant impact on the current state of the phone. Further, you mustn’t put the phone on charge just after you removed it from water because it could possibly cause short circuits so beware of it.

What should you actually do?

This is a tested method that almost every tech expert would recommend as a DIY method but there is no guarantee that it will work. This could be instrumental in bringing many phones to life but not all so you can attempt it and wish for good results out of it.

Step 01: Remove the phone out from water

That’s the first thing you should do. Take the phone out of the water and keep it on a dry surface and let it be idle for a minute.

Step 02: Clean it with a paper towel

Next step is to take a soft cloth or paper towel and use it to wipe off excess water from the exterior of the phone. Beware that you shouldn’t move the phone too much because shaking it may induce the water to slip into the internal assembly. You can remove all the accessories such as microSD card, SIM card, back panel, phone cover, etc and wipe it out individually and then, keep it idle for few minutes.

Step 03: Use a vacuum cleaner to wipe the phone thoroughly

There could be still some water left inside the phone where the paper towel or the cloth couldn’t reach and the longer it stays inside the phone, the more damage it can create. So, you need to take a vacuum cleaner, adjust it to a light setting and there you have it. You can use the vacuum to suck out any water left and proceed with the next step.

Read it thoroughly. This particular method is not for everyone since this method requires basic knowledge about how to dismantle a phone to reveal its inner components and also to reassemble it without affecting its working. So, you need isopropyl alcohol or which is better known as rubbing alcohol and pour some on cotton or a clean cloth and use it to smear on the components. Alcohol evaporates quickly and takes away corrosion, residues, dust, and other particles and debris that can cause damage later. Once you are done with it, reassemble the phone and try to restart it.

Now, this particular method is for everyone. You need some uncooked rice and a ziplock bag to do this method. First of all, put the phone inside the bag and fill it up with uncooked rice but you can also use silica gel litter which is also a water absorbent. The rice or silica gel will soak any moisture left inside the phone and since this procedure lasts from 2 to 3 days, this would mean that once you are done with it, there won’t be any traces of water left on the water damaged smartphone if everything works just fine.

Step 06: Attempt to restart the phone

This is the final step in this procedure where you perform a Do-it-yourself procedure to retrieve a water damaged smartphone. After two to three days, you are required to take the phone out of the bag and insert the battery is removable. Now, press the power button and see if the phone boots up or not. Either the phone with boot up or not but there are many reasons behind it. First of all, some might be lucky that it will boot up instantly after which, you would need to keep the performance and behavior of the phone in the tab.

On the contrary, if the phone doesn’t boots up at the first try, it could be the drained battery that you can juice up by plugging the charger to the phone. Now, try it again. If not, I guess you would need to report the issue to the service center.

The final frontier is to get the phone fixed by reporting the issue to a service center. Water damaged smartphone is merely covered in warranty or insurance but you need to report to an authorized service center for the same.

What are the alternatives to prevent water damaged smartphone?

There are plenty of ways you can prevent your phone from being water damaged. First of all, avoid using it near water which would minimize the risk considerably. But if you are someone who likes water or is aquaphile, it would be difficult to resist the temptation so you need to either buy a water with IP certification which could be IP57/IP58 for splash resistance or IP67/IP68 for water resistance. You can also pick up a waterproof phone case if you don’t want to buy a new phone and want to use the existing one. I hope this procedure works for you. Do let us know in the comments below.