In this guide, we will help you fix the ‘Unfortunately Chrome has stopped’ error message on your Android device. When it comes to the most popular browsers, there are no brownie points in guessing that Google’s offering will end up occupying the top spot. It has managed to maintain a fine balance when it comes to the feature set and the overall app stability. Along the same lines, the fact that you could sync all your browser settings, bookmarks, passwords, etc across various platforms further adds to the convenience score.

However, what isn’t convenient is when the browser isn’t functioning as expected. In this regard, the inability of the app to launch or getting force stopped right in the middle of the work seems to be the most common issue. When this happens, you would be greeted with the ‘Unfortunately Chrome has stopped’ error message. In this regard, today we will list out all the possible reasons why this error happens. More importantly, we will share the potential fixes that will help you rectify this issue. Follow along. 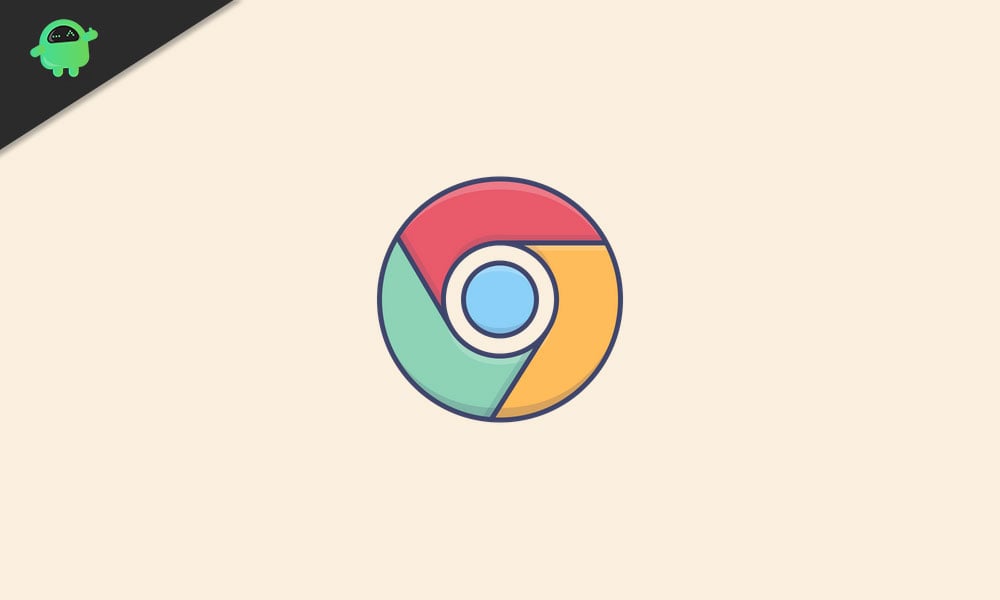 Now, there are major glitches on the software front which need some level of troubleshooting. No matter what occurs, at the end of the day, users want to fix it and continue using Chrome. That’s why we at GetDroidTips are here to provide basically almost every troubleshooting tips and tricks that would help you to revive the app back after it crashes and flashes the message “Unfortunately, Chrome has stopped”. This particular guide covers all major and minor methods will the potential to kickstart the app after it crashes so that our users aren’t stuck while working somewhere.

How to fix the, unfortunately, Chrome has stopped error on any Android device?

If Chrome keeps crashing on your device irrespective of the configuration that your phone has, it could be because of a number of reasons. It starts from minor issues or glitches introduced by the firmware or the app itself when you tried to open it or it could be due to an anomaly created by an outdated app or so. Whatever the reason may be, here are a few easy-to-understand troubleshoot methods that you can employ on your phone in case you see the app crashing immediately or after some time of use.

It has been tried on a number of devices with a maximum working rate, however, if the previous method didn’t work on your phone, try the next one in the list. Similarly, advance further if previous methods are useful.

Seems legit, isn’t it? This is the first thing that will come to your mind that is to reboot the smartphone when an app keeps on crashing repeatedly. To explain what might be happening in the system, it might be overloaded or there are not sufficient resources available for use or the system or firmware has run into a minor glitch introduced just when you triggered it to start up the Google Chrome or any other app. It works on any Android smartphone and helps fix minor firmware glitches for all the apps installed on your system.

The one we discussed above was a soft reboot but this is forced a reboot. Is there any difference? Well yes, a soft reboot is used when the system is working and you need to restart the smartphone using the hardware keys or through a button available on the screen. On the other hand, a forced reboot is useful when an app crashes and the screen becomes unresponsive and freezes. In such cases, there is seldom chances that the smartphone will allow its user to reboot it using the hardware buttons or the reboot feature.

Thus, this is an efficient method to be used when the system isn’t responding or it has frozen. There is a simple method to try a forced reboot on your phone. Although the combination of the keys may differ according to the firmware version, smartphone makes and model, etc, it is usually between Volume Up or Volume Down plus Power button which needs to be firmly pressed until the system dims down and finally the screen shuts down by itself.  If your phone has a removable battery, you can perform a similar function by just unplugging the battery and removing it for few minutes.

Safe mode is a bootable partition of your smartphone which is used for diagnostic purposes. It helps the developers as well as the users who know about this partition. This is where you learn if the Chrome error that you have been receiving repeatedly is because of any other third-party app or is it because of Chrome itself. First of all, when you enter into the Safe mode which is through a combination of buttons, you need to know that all the third-party ever installed on your smartphone will be disabled. It also disables you from using Wifi, Bluetooth, and other services thus providing an isolated environment to verify the culprit or to get a gist of it. 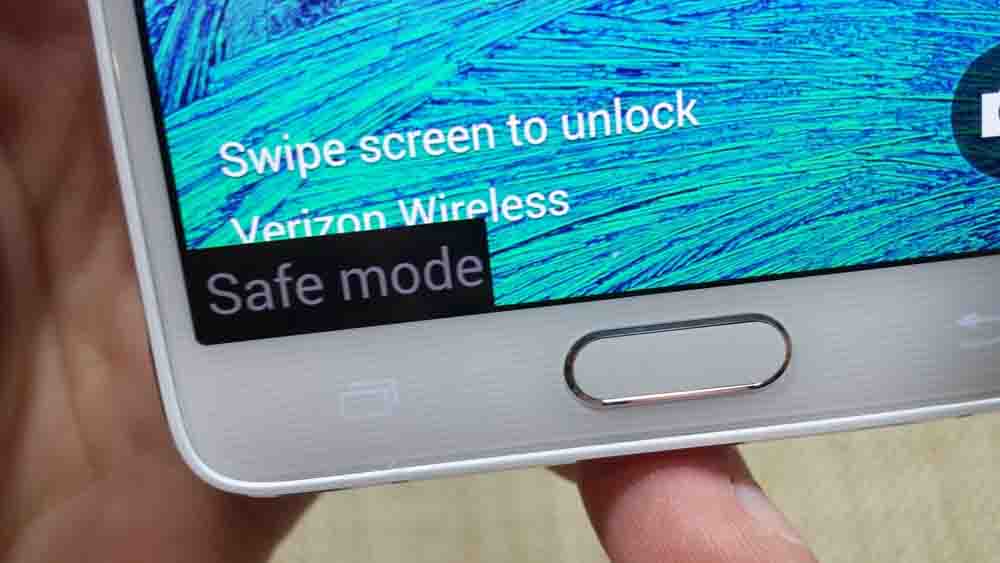 This procedure has been well-received by many readers since it works most of the time in suitable conditions. If the Chrome is still showing ‘Unfortunately, Chrome has stopped’ error whenever you try to access it, proceed to the next method in this series.

Cached files are bits of information about the last session you had on Google Chrome. The data is saved so that when you open the app next time, it will process faster than earlier. But some of the files might get corrupted due to ‘n’ number of reasons and that is why you need to clear it. Also, when you clear the cache files, the system performs its processes much quicker since you have reset the settings and deleted the temporary files. 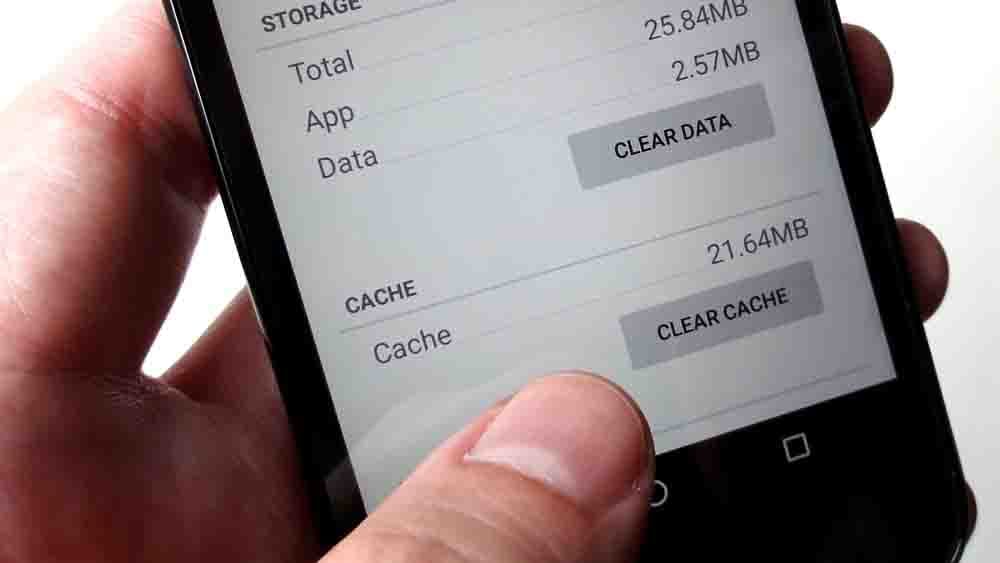 If you have recently downloaded an app from the Play store or from any other source, it is possible that the new app is conflicting with the Google Chrome or any other app already installed in your phone. You’ll have to uninstall newly downloaded apps and troubleshoot to check if that’s the case in your case. This particular method is a trial and error procedure so it would take some time to actually find the culprit application.

You cleared the cache memory as well as uninstalled other potentially dangerous apps opposed to Google Chrome but the problem is still intact. What shall you do? You need to uninstall the app and then install it again in order to get a reset app without much ado if indeed the error is caused due to the app itself.

There are many reasons why you should update an app whenever an update is available. Basically, an update brings new features for your smartphone as well as patches and measures to counteract the bugs introduced to an outdated app. The error you are seeing whenever you try to access Chrome could be due to a bug introduced since the app is outdated.

Developers update the system and inculcate new ways to combat existing errors and bugs and that is why apps become more stable with every incoming update. The process of updating the app is rather very simple.

Cache has its pros and its cons too. As aforementioned, it quickens the processing of an app or service that you want to use, however, when corrupted, it can reduce the performance of the device greatly. It can cause a number of problems such as delay in response or it can trigger unresponsiveness. Sometimes, the screen starts flickering or freezes one a single display, and much more where all such issues have been associated with cache memory.

So, removing it totally from the device can help you get rid of ‘Unfortunately, Chrome has stopped’ error that displays whenever you tap on the icon to open it. Here are steps to delete the cache memory stored by the phone collectively.

Wipe cache partition from the phone

Now that you have deleted cache files stored by specific Chrome app and then, the smartphone collectively, it’s time to clear the cache partition if the app is still showing errors. Doing so will clear the residual cache files in the partition. It is a powerful method to use but it won’t affect the data stored on the device. This is the guide on how to wipe cache partition from the phone.

FDR is a powerful tool where the user can completely eliminate the data stored on the system without leaving a trace of it. FDR comes handy when there are firmware-related errors on your phone since it has a reputation to fix most of the issues within minutes. There is only one catch which is, all the user data including photos, videos, contacts, files, audio files, etc are deleted. So, before commencing with any one of the two available processes, kindly take a backup of the data.

Ensure that the battery is charged at least 20% so that it doesn’t drain out during the process.

This particular method requires the users to enter into the Recovery mode for which, the guide is available below.

The system will perform its overhauling process and then, reboot the device into factory settings. We have compiled a list of all possible solutions that you can do to fix the error once-at-all. Browse GetDroidTips for more update and let us know if the error on your Google Chrome app has been sorted or not.