If you are using an Android smartphone, errors and issues are part of the system since Android is an open source and relatively fastest growing operating system in the world along with iOS. There are hundreds of features when you have an Android smartphone but it has its own share of issues ranging from performance issues, screen flickering, screen freezing, unresponsiveness, lagging, delay in touches and much more. In this post, we are studying one of the prominent error i.e. “Unfortunately messages has stopped” which is a pre-installed app. But here’s the catch. Although the app crashed due to a number of underlying reasons, it could hint towards more serious firmware problem. 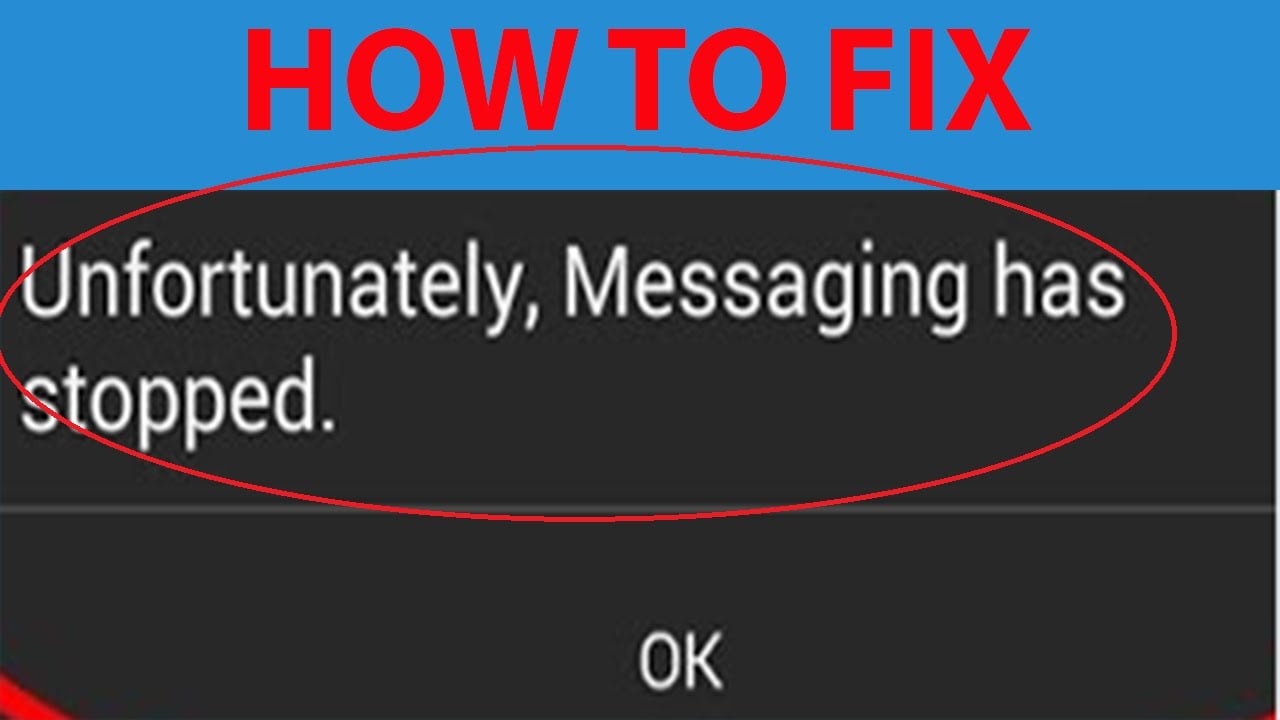 If you tried to open Messages app on your phone but it displayed error reading “Unfortunately messages has stopped”, it needs to be fixed then and there. As aforementioned, there could be tens of reasons that triggered such an event but at the end of the day, you need to fix the issue anyhow. We curated a number of issues that users have seen when using the default messaging app. Also, we have tried and tested several methods that will help in fixing the issue promptly without any need to visit a problem in case if it isn’t hardware-related.

How to fix unfortunately message has stopped error on any Android phone?

Let’s dive into the list of how to fix the issue with the basic troubleshooting tips and tricks for which, we have provided the exact procedure to follow so that you don’t have to search for associated details on any other website. GetDroidTips is action packed with ample of details in the first place.

When you click on any app icon to open it, the underlying process initiates where the system will procure the components required, storage, services, etc and then, the app starts up and all it takes is a blink of an eye to complete. But, it is possible for the app to develop a slight glitch when opening the app and it could lead to app crash. The simple way to get rid of it is to navigate to Settings > Apps > Messages and click on the Force Stop button to totally stop it. Now, try to access it again after few seconds and see if it is functioning properly or not.

Similar to factory data reset which is the ultimate and powerful tool to eradicate any app or firmware related issue, rebooting the device can save your day as it is the most primarily used method to fix temporary glitches. If an app has crashed, there could be hundreds of reasons behind it of which, few are minor glitch during startup, insufficient resources, etc.  So when someone reboots the device, all the resources that were earlier used by other apps and services become free, the cache memory is erased which makes the system more efficient. It also enables the app that you have been trying to access but couldn’t, to open and function as required.

Safe mode is a special bootable partition of any smartphone or computer where users can log in to diagnose the performance of the system and to gauge the culprit or at least the potential section of apps or services which are creating the issues. When you are in safe mode, all the apps that you downloaded are disabled along with other additional services such Bluetooth, infrared, Wifi, etc. This creates an ideal isolated environment for the users to check out if any built-in apps which come preinstalled on their system are problematic or if the third-party apps that you later downloaded which are prone to errors are creating the problems.

For instance, if the Messages app keeps crashing whenever you open it or try to do something with the app. It could be because of the Messages app itself which is a pre-installed app which is also known as bloatware. Now, if the error is being caused by any third-party apps, the smartphone will work pretty fine when in the safe mode because you know, third-party apps are disabled. But how can you decipher the root cause of the problem? Before knowing that, first learn to boot into the safe mode on your Android device. Here is the procedure –

Now that you have successfully booted into the Safe mode, it’s time to test the cause of the problem. To simplify the procedure, if you have problems with the Message app which crashes repeatedly, note that it is a pre-installed app and must behave the same even in the safe mode. If it crashes again, you have your culprit right there. Now you can take the below-mentioned troubleshooting tricks to get it fixed.

But if the app is working properly, the culprit lies within the third-party apps which are prone to errors and issues due to many reasons. Here you need to uninstall these apps one-by-one to check if the problem is fixed or not. You can follow the steps that I have mentioned below.

Clear data and cache of Messages

Cache is the temporary files that the apps create which enables faster access to data when the users return to use the service later. But cache files are known to corrupt often as well and when it comes to corrupted cache files on an Android phone, you know if it a massive problem since cache can cause series of issues including frequent app crashes which is the issue that you might be having citing you are on this post.

Thus, the cache memory is required to be eradicated completely from the device. There are three methods on how you can do it but we recommended you to do all three at once when the system starts to lag or any app crashes abruptly. The only problem is, the cache memory is recurrent and builds up even after you have eliminated it completely. Thus, you need to repeat the procedure whenever your smartphone is behaving funny.

This is not rocket science since I have already explained that cache memory needs to be cleared to prevent any funny behavior. You need to follow the given procedure to eliminate the cache from the phone itself. Although it doesn’t cause any loss of data, it resets all the defaults settings.

Now that you have cleared both the cache files specifically for the problematic app and the system on whole, proceed to the wipe cache partition where all the residual cache files are located. This process requires you to follow the procedure mentioned below without missing any step.

This is the 3-part procedure you need to comply to get rid of cache memory available on the phone. The effects of clearing cache are immediate since it will make the smartphone more efficient and faster than earlier. It will also help the apps to perform and reduce the probability of it crashing down.

It is possible for an app to develop bugs and give backdoor access to viruses, malware, and even hackers trying to penetrate through the app to steal sensitive information. If not that, there are bugs that cause performance issues, freezes the screen or flickers it as well as make it unresponsive and crash often then ordinary. These are just some reasons because of which app developers update their application with latest security patches, feature updates, and fixes to discovered bugs. If you have turned off auto-update in your phone or if somehow, the Messages app become outdated and wasn’t updated, it can cause a crash. The quick fix is to simply update it from the Play Store. If you are a beginner on Android or confused, here is the procedure on how to do it.

If the Messaging app is still showing the ‘Unfortunately message has stopped’ error and you need to use it anyhow, you can check out available alternatives such as TrueCaller’s Messages, etc. Then, you can even use Hangout as the default messaging app which comes pre-installed on all Android smartphone. Checking out alternatives available on the play store is beneficial since it lets the user take control over which app to choose based on the services and features.

If any or all the previous method fail to perform on your smartphone which is highly unlikely, then you can continue with this method, however, you need to understand that it will remove all the files and folders, photos and videos, and all other stuff stored on your phone permanently. So if you are eager to fix this issue, firstly you need to take the backup of all the data that you wouldn’t risk losing. You can move all the files in an SD Card and then remove it until the procedure is complete or you can move the files to an external drive to keep it safe and secure. Once you have performed the procedure, you can move all the data back to your device without losing even a bit of data.

Factory data reset or FDR is an advanced version of the previous method where you reset all the data saved on the smartphone. As aforementioned, there is a prerequisite that you need to take the backup of the data you want beforehand. Now, let’s see how to do FDR using hardware keys and recovery mode.

We at GetDroidTips are working round the clock to provide the best quality content on how-to guides. Hope the above methods helped you to fix the “Unfortunately message has stopped” error.