Okay, so your phone is heating up but it’s normal and most of the phone does heat at times but overheating issue is totally another beast that can ruin the components and the device itself. The least it can damage the battery backup and the performance of the device and slowly and steadily, it might get worse. So, if your Vivo smartphone is heating up often that’s overheating, you need to step in and learn why does it happen and what all you can do to prevent it from happening. Fortunately, you don’t have to go anywhere to know the facts and the tricks because you are already on the right page. 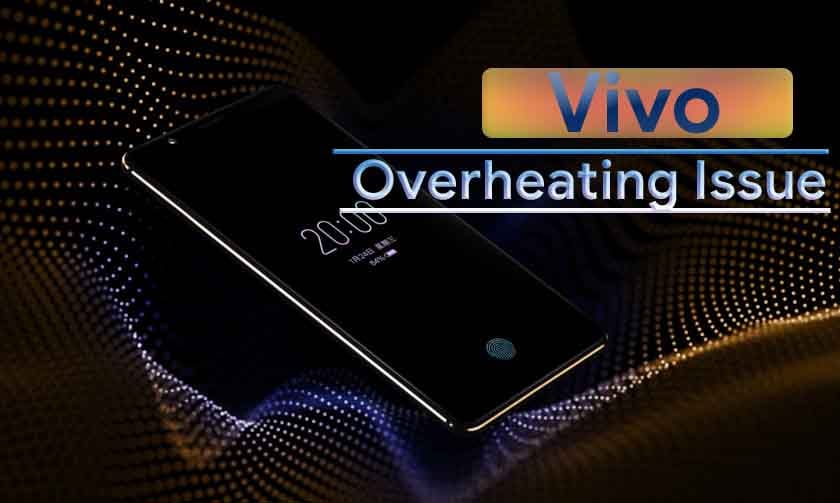 Why Do Smartphone Heat Up & Overheat?

The physics behind smartphone heating up is simple. When work is being done, it generates heat which transfers to the cold region. So whenever you are using your phone, the battery supplies enough electricity to the System-on-a-chip (SoC) to carry out its function along with other components such as processors, graphics units, etc which collectively builds up the heat and your phone begins to heat up. If you are wondering if its safe or not, then its totally safe since most of the phones do heat up.

The problem lies within when the phone ‘overheats’. The same physics apply to it. When you are doing work on your smartphone that is playing a game or using an app or service, it requires electricity that is supplied by the battery to the SoC. Now, the processing unit will process the data and as said, it will generate heat. Although modern smartphones SoC’s have a built-in throttle to control overheating caused by overloading of apps or hardware usage, it is a rare condition where the system to throttle the overheating issue. However, your Vivo smartphone is smart enough to convey that the phone is overheating by restricting the speed of the processor or by showing a warning alerting the users to keep the phone aside to cool it off.

This is basically the reason why phone overheats and it has many solvable methods. You can simply use any of the following methods that will prevent overheating or lower the risk of damage. So, if you don’t take any measures, does overheating cause any potential damage?

What does damage overheat can do?

Modern smartphones like Vivo has lithium-ion batteries which have proven their caliber in providing optimum battery output and are highly reliable. However, lithium-ion batteries have their own drawbacks. First of all, it can degrade even if not in use. Secondly, the battery tends to work at a maximum temperature of 30-degrees Celcius so anything over that will fairly reduce its battery output. When the phone is subjected to overheating, the temperature can rise up to 30-degrees Celsius and more which indeed will harm the battery.

Higher temperature tends to lower its capacity for storage and thus, you will observe a fairly deteriorating battery life. Secondly, although the chances of lithium-ion batteries exploding are feeble, there are chances that it can occur. To put things into perspective, Lithium-ion batteries require to heat up at least 200 degrees Celsius to explode which is fairly uncommon in everyday life but plausible when it is subjected to short circuit and another electrical failure.

SoC or System-on-a-chip is essentially the processor that runs under the hood and works as an engine to run apps and services on the smartphone. Constant overheating suppresses the maximum output of these processors and eventually, it begins to provide lesser output in terms of processing speed. Overheating on a long run can degrade its performance as well as it can damage the chip physically which will burn a hole in your pocket sure. So, instead of relying on the phone’s ability to restore back to its original state if it constantly overheats, you can practice these following methods to lower the chances of potential physical damage.

So this explicit guide contains tips and tricks and how to prevent overheating of the device as well as how to lower its chances by taking measures as mentioned below.

Method 01 – Avoid Direct Sunlight
So this is not a rocket science. Your smartphone is an electronic device and it tends to conduct heat from the surrounding even while it generates heat from inside while processing data. So, when you subject your phone to direct sunlight, tends to heat up the phone then, the symptoms of overheating are not too long away. The phone will eventually become slower and the temperature will begin to rise. This is where you need to stop or else you will probably damage the internal SoC or battery and that’s not at all good for your pocket.

Inside, use the phone if you need to when going something in chunks. Let it cool for a minute and then, pull it out to do whatever you what to do subjected the temperature of the surrounding is higher than maximum 30-degree Celsius.

Method 02 – Remove The Case
This might seem odd or weird since you install case to prevent the phone from any damage if it falls by mistake. Since cases are made up of synthetic material which may not be too airy, it can raise the temperature of the battery or internal SoC since it literally grasps the phone from all the side and doesn’t give heat an escape route. This will eventually result in overheating which must be avoided under any circumstances.

In case if you feel that the phone is heating up more than usual, remove the case and keep the phone aside for few minutes. This will be enough to cool down the temperature and make it suitable for use again.

Method 03 – Don’t Overcharge The Phone
What people do is they keep their phones on charge overnight or overcharge the phone during the day. This is something which was earlier not regarded as severe as your smartphone has a transformer that cuts off electricity when the phone is fully charging. However, note that the phone is still consuming some electricity which will eventually convert into heat. The is pretty bad for the lithium-ion batteries installed in your phone since it can potentially lower the efficiency and battery backup. Constantly repeating the same will damage the battery completely so that you will have to buy a replacement for it.

Method 04 – Use Power Saving Mode
Using built-in power saving mode or any third-party apps can work wonders for your phone. These apps usually throttle the apps and services running on your system thereby, putting less stress on the processor. This mode also restricts many services that consume more processing power thereby preventing the phone from overheating.

Check out if your phone has a power saving mode pre-installed as most of the Vivo smartphones have it under ‘Settings > Power Saver Mode or Battery’. Toggle it to enable and tweak the settings to allow more access while the power saver is still running and controlling the amount of processing power and battery backup being consumed. If you don’t have it pre-installed, then you can do the following procedure,

One of the features provided by these apps allows users to lower the temperature of the system effectively.
Check the performance of your phone before and after installing the app. Also, check if the phone is still facing overheating issue or not.

Method 05 – Force Stop Apps
Okay, so Android has plenty of free apps that users can install on their phones. With increasing RAM and ROM, it had enabled users to install more apps and use features whenever required. This also creates a problem with the performances. Many apps that are installed aren’t used often and it becomes stagnant and leeches power from battery and processor that reduces the battery life as well as degrades the performance of the phone.

These dormant apps can also trigger the phone to overheat since most of them are still running in the background. You can either force stop the apps currently running as well as uninstall apps that are not used too often. This will avoid conflict between the resources available and thus, it will decrease the stress on the system thereby helping the phone cope up with overheating issue.

Method 06 – Use Original Chargers & Batteries
It has been reported by many users that using any charger or battery other than original is problematic. Although it can be cheap at first, it is still a deal that would cost problems further. Buying chargers that are not competent with your smartphone or batteries that don’t comply with standards or made up of inferior quality can be problematic. If can heat up pretty easily and therefore, it can cause physical damage to the device.

Method 07 – Kill Unwanted Services & Widgets
Features WiFi, Bluetooth, GPS, and apps like Google Maps, etc consume more processing power even if not in use. If you are someone who keeps the Wifi enabled even after not in any Wifi network or when you aren’t using it, it is still consuming battery. You can either turn it off repeatedly or you can use apps that offer services like analyzing the apps and services consuming battery and processing power and hibernate it accordingly. Apps like Grenify can be of great help as it identifies apps that consume extra battery life where you can hibernate it and also, prevent it from restarting in the background.

Method 08 – Get Rid Of Viruses – Update The Firmware
Viruses and bugs are one of the potential cause of overheating. These can be a result of outdated apps and firmware which you need to fix. It is fairly easy to fix the problem. You can update the app by going to the Google Play Store. To update the firmware, you can go to ‘Settings > About Phone > Software Updates’.

Method 09 – Use This Battery Analytics
According to the analytics, Lithium-ion batteries are efficient when the charge is full. But these batteries have memory cell that tends to retain the last charge. So if you have been charging the battery up to 50% consecutively, expect the 50% of the total battery available to use. This will eventually reduce the battery life by half and that is why people keep their phones charge overnight to overcome such circumstances. So, first charge the phone to 100% and repeat the process only after it completely drains out.

Method 10 – Reboot The Device
Rebooting the device is essentially the most used and effective method to prevent damage to the system or its performance due to overheating issue. Also, rebooting tends to fix the majority of minor software glitches that might have combined to cause overheating. So, it is highly recommended to turn off the smartphone and keep it idle at least 5 minutes before turning it off. Additionally, you can remove the battery from the phone and let it cool down all by itself but it is applicable to those models that have removable batteries. Once the temperature of the phone and the battery is cool enough and suitable for you, install the battery and restart the phone using ‘Power Button’.