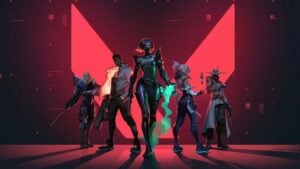 Valorant’s custom software-based anti-cheat solution is known as Vanguard. It is a key part of stopping cheaters and hackers in Riot Games’ popular first-person shooter, and it is touted as an industry-leading tool when it comes to stopping injections and intrusions alike.

Unlike anti-cheat software like VAC or Punkbuster, it has kernel-level access to your computer to dig deep into any potential cheats, which was seen as potentially too intrusive for some. The devs have set out to alleviate any such concerns with public-facing descriptions of the software like this one:

How to Fix Valorant Error Code 84

“Both the client and the driver of Riot Vanguard have been developed in-house, with both game safety and personal computer safety being a priority. We’ve made this commitment through extensive testing and by reviewing the product both internally and with external security reviews by industry experts.”

Vanguard’s made up two main elements, a regular scanning component that is only active when the game is one, and a device driver that is always active from the system boot-up onwards. This is the one with the kernel-level access and it’s been a source of much consternation for security-minded users. Though some other anti-cheat solutions like the ones used for Fortnite and DayZ also have such access, they’re only on as long as the game in question is running. Issues with kernel-level access has been seen before with ESEA’s high-profile scandal in 2013 when they used their drivers’ access to mine bitcoin with the unsuspecting players’ PCs.

So far, it seems like Riot’s assuaged most concerns about Vanguard. That’s all well and good, but does it do what it’s set out to do?

Does Vanguard work in Valorant?

Riot’s anti-cheat solution was prominently featured even in the pre-release marketing of the game, and with good reason: the current volume of Valorant betting on pro matches would be clearly unsustainable if there would be constant accusations of cheating going around, and it is, therefore, a key element of the game’s potential esports success. Though it was initially advertised as entirely cheat-proof, it quickly turned out not to be the case after its launch. For what it’s worth, the battle against hackers is always about an escalating arms race: new tools are constantly developed on both sides to get an edge over their adversaries. Still, the notion that Valorant and Vanguard were designed in a way so that they cannot be cheated on was ludicrous from the start.

The lack of replays and kill cams make it more difficult to figure out any potential foul play than in the case of other shooters, but so far it seems like Valorant has less of a cheater issue than some other high-profile FPS games. That isn’t to say the system is foolproof, and it certainly helps when fools are the ones doing the cheating: a streamer known as Paxximo was banned live on stream due to what was pretty blatant wallhacking. Early 2021 saw a significant rise of cheating reports in the Valorant community, with multiple updates rolled out to keep them at bay. As the dev team’s senior anti-cheat analyst put it, “Cheaters, sadly, will always exist, but cheaters never prosper”.

How to turn off Vanguard

As you probably gathered from the above, you cannot turn off Vanguard if you’d like to play Valorant. However, it makes perfect sense to remove the software if you’re not interested in playing the game for a while – after all, why would you just give kernel-level access to some company in the meantime? This is especially important to keep in mind because uninstalling Valorant won’t get rid of Vanguard by itself. Here’s how you can go about it: