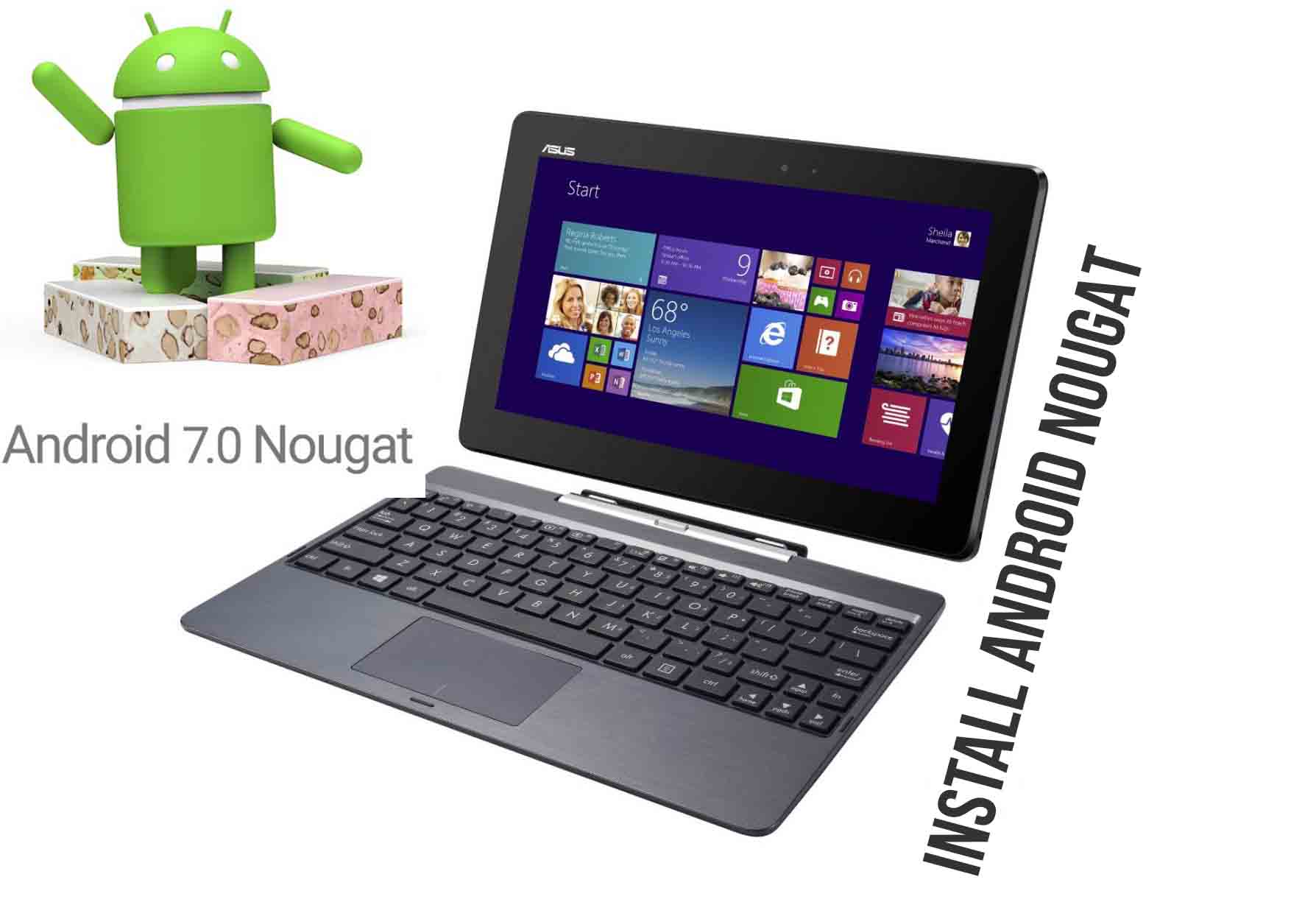 Steps for How to Install AOSP Android 7.0 Nougat for Asus Transformer

The first boot after a rom flash can take a few minutes as ART is slower than dalvik to optimize the applications, but is faster after the 1st time.
(First boot takes ~4-5 minutes without gapps and 10+ minutes with gapps)
Also keep in mind that after a fresh install, it might take a bit of time to get up to full speed as media scanner & google are checking/scanning and restoring stuff.

Bluetooth
Bluetooth might require to be turned on twice before it turns on.

Google Play Movies
Our current Widevine DRM libs are not compatible.
So you can’t play a movie on the tablet with Google Play Movies as it requires that.
Starting a movie to play on chromecast should be fine as the drm will be the chromecast one in that case.

This will allow you not only to redefine function keys assignment, and other special keys actions,
but you’ll also be able to assign global macro actions / app launch to any key + Meta key combination (shift Left or Right , ctrl..)

You can also add multiple actions to one key combination, simply click again on the “+” button for the same key combination.
For example if you want to assign to one key combination a list of action to run before going to bed for example, like: turn wifi off, Bluetooth off, mute sound, and turn screen off, you can do that
Note that starting multiple applications with one key is kinda a miss and hit for the moment due to some mecanism in android that seems to prevent applications to start too close to each others.

Storage (fstrim) and Database optimization:
Fstrim is native since 4.3 and will happen in the background if your tablet is idle / sleeping and that your battery is > 70%
There is also a script to run it manually in the rom: /etc/kat/optimizestorage

To optimize the Database: /etc/kat/optimizedb

To run both, open a terminal and run:
su
/etc/kat/optimize