HTC is a Taiwanese smartphone manufacturer which was in its full-on glory a few years ago. Last year, it took an exit from one of the largest smartphone markets in the world i.e. India due to extrinsic competition and other reasons. HTC launched several smartphones starting as early as 2009 while it resorted to a few every year starting 2017.

HTC is currently lagging when it comes to distributing Android Pie 9.0 OS to the supported devices and even though it has a plethora of devices released from 2017, it has listed only four smartphones to get Android Pie 9.0 with a timeline taking the updates as long as July 2019 to reach all which is a year after the OS was officially launched last year. Anyways, HTC has a number of devices in the line for both 2018 and 2019 which are eligible for the update, although there’s no official statement consisting of a list of supported devices yet so we will be curating the list based on the release date, specifications and other factors. 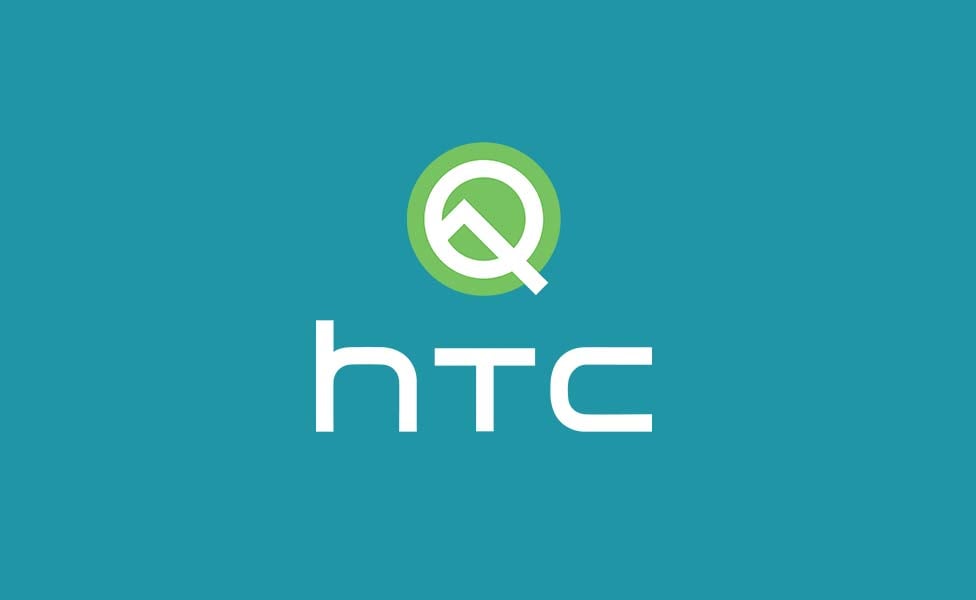 Android 10 is the latest addition to the Android OS family named officially after Google announced it before its September 3rd launch. Google will officially follow numbering as the nomenclature for future Android OS successors. The new OS will bring a stringent and strengthen permission-based model where it will practice a higher level of privacy and security to the users at all times. The UI has been touched with new icons and features along with revamped navigational gestures and more.

Android 10 brings 5G network support to the table along with support to foldable displays where both the technologies are being developed and tested in full swing. The update is officially out for Google Pixels and Essential Phones the same day followed by others signed up under Project Treble that will get their updates soon. Here’s a list of all HTC devices that are likely to get the update including those we think might get the update and those that won’t get the update as well, although it is not official yet.

Gesture Navigation: The new swiping gesture navigation allows users to make use of edges to do stuff that would otherwise require virtual buttons or sliders that hoard a considerable screen real estate. With the new but optional system in place, it will allow users to go back in any app or folder simply by swiping on either left or right edge while the bottom edge will do everything from taking you to the home screen and showcasing recent apps.

Dark Mode: It is a new theme that inverts the base color to dark which means the screen will be less illuminated but so much that doesn’t put a strain on the eyes even during the nighttime while pulling a lot less juice from the battery as well.

Family Link: Although adults might have the skill to decide beforehand, children might find it difficult and access content on the internet not appropriate for them. Here, Family Link feature allows better parental control with insights on screen time, apps used, and content restriction functionalities that will help keep your child out of sight of the dark side of the internet.

Google Emergency Location Services: Google has incorporated the ELS service that pins the exact location that ELS can use to locate the user and provide need assistance when an emergency call is placed.

Live Caption: Unlike subtitles that you’ll see on YouTube and other video sharing and streaming sites, Live Caption transcribes everything from audio to video and podcast and more and that’s all at real-time.

Location Controls: There are plenty of apps that might ask for your location even though it could be as simple as a ‘Notes’ app. This is where this feature comes into play as it gives the user the right to either accept or deny apps from using location services or they could simply select ‘Use when the app is active’.

HTC Desire 19+ is one of the latest smartphones from HTC launched in June and slated to go on sale in July. It packs in a 4/6GB RAM and an internal storage option between 64GB and 128GB. The device boasts an Helio P35 octa-core processor bumped at a maximum frequency of 2.3 GHz. Since it comes with Android Pie 9.0 out-of-the-box, we could say it will get Android 10 update as well although there’s no confirmation on the matter since the OEM hasn’t posted an official list of Android 10 supported devices yet.
Status: It might receive an Android 10 update
Date: To Be Announced

Next up with have a mid-ranged HTC U19e that hosts a 6-inch OLED display with a resolution of 1080 x 2160 pixels. The device boasts of an Android Pie 9.0 and has an SDM710, 6GB RAM, and 128GB storage as the base specifications which means it could get an Android 10 update as well but yet, there’s no affirmation from the device manufacturer.
Status: It might receive an update
Date: To Be Announced

Next up is the HTC Desire 12s launched last year in December with Android 8.0 Oreo out-of-the-box. The device has entry-level specifications comprising of a Snapdragon 435 octa-core processor along with 3/4GB RAM storage and 32GB/64GB internal storage. As the device hasn’t yet received Android Pie 9.0, the chances of it getting bumped to Android 10 are slim.
Status: It might get the update

HTC Exodus 1 is a high-end device that packs last year’s high-end Snapdragon 845  octa-core processor with 4×2.8 GHz a+ 4×1.8 GHz cores. The device also sports 128GB of internal storage and 6GB of RAM and runs on Android Oreo 8.0. Since the device was announced in December 2018, HTC hasn’t yet commented if it will receive an Android Pie 9.0 update or not. It could also get a bump to Android 10 as well although Exodus 1 will be among the last members to join the party as some of the devices shortlisted by HTC are still getting an Android Pie 9.0 update.
Status: It might get the update
Date: To Be Announced

Introduced last year, the HTC 12 Life sports 6-inch IPS display paired along with 4 to 6GB RAM and internal storage of 64GB and 128GB. It runs on Android 8.1 Oreo and the Taiwanese tech giant hasn’t provided any intel if it will get Android Pie 9.0 and when. It could get Android 10 as well but we aren’t sure at the moment.
Status: It might get the update
Date: To Be Announced

The device that came with Android Oreo 8.0 out-of-the-box has just started to receive Android Pie 9.0 this month. HTC U12+ runs on a Snapdragon 845 octa-core processor similar to Exodus 1 and has a giant 6-inch display. The device is also among the late party comers when it comes to Android Pie 9.0 which means it might just overrun the two ears period within which the major Android updates are rolled out. Unless HTC is prepared to support U12+ till June 2020, it could get Android 10 hypothetically but there’s no confirmation yet.
Status: It might get an Android 10 update
Date: To Be Announced

HTC Desire 12+ is another in the list of smartphones launched in 2018. It has an entry-level SDM450 SoC along with 3GB RAM and 32GB Internal storage. Since the device was originally launched with Android 7.0 Nougat, it won’t get Android 10 update without any second thought.
Status: It won’t get an Android 10 update

The Desire 12 is mainly a standard version of Desire 12+ also launched last year. The device hosts a 5.5-inch IPS display with 16/32GB, 2/3GB RAM and a MediaTek MT6739 processor. As it came with Android Nougat 7.0, it won’t be making cut to the list of Android 10 supported devices for sure.
Status: It won’t get an Android 10 update

Next up we have HTC U11 EYEs which comes with Snapdragon 652 processor bundled with Adreno 510 GPU, 64GB internal and 4GB RAM storage. The device was introduced with Android 7.1 Nougat last year which takes away any probability that it will get Android 10 for sure.
Status: It won’t get an Android 10 update

List of HTC devices that aren’t eligible for Android 10

What could you do if your phone isn’t eligible for Android 10?

The thing with major Android updates is that Google upgrades any smartphones for about two years. This means that if the smartphone OEM decides to roll out an update for any smartphones, it can within this period although there could be some exceptions since updates are based on various factors including specifications, release date, etc. When Google rolls out an update, it goes through the OEM which tweaks it a bit to roll it out as a stock Android update via OTA or it applies its own UI such as ColorOS from Oppo or EMUI from Huawei, etc which increases the features while changing an overall UI of the stock Android, it is up to the OEM to roll out the major update for selected or all smartphones currently eligible for it.

There are a plethora of custom ROMs that you’ll find on the internet such as the Paranoid OS, Resurrection Remix OS, or even LineageOS which is a popular one. LineageOS is developing an Android 10-based OS (LineageOS 17.0) that would include a string of features from Android 10 for a wide range of smartphones that were or weren’t supported by the official update. GetDroidTips is a great place to explore the various custom ROMs that your phone might support.