Mario Golf Super Rush is the new addition to the Mario Golf series. Being the sixth installment in series following Mario Golf: World Tour in 2014 gain a lot of attention due to its overwhelming gameplay. Once you start, you’re not going to want to put it down! Despite all this, in the game, you have unique abilities such as backspin, topspin, and curve shots that you can use while hitting the golf ball. Most of you already know how to do all this stuff, while a majority of players just play for fun and don’t know how to perform or use these unique shots.

However, some of them may look for the ways using which they can perform these shots. So, we are here to help them out with our latest guide on how to backspin, topspin, and curve shots. Now, I’m not going to take more time, and let’s directly jump towards the necessary steps you need to take while performing these shots. 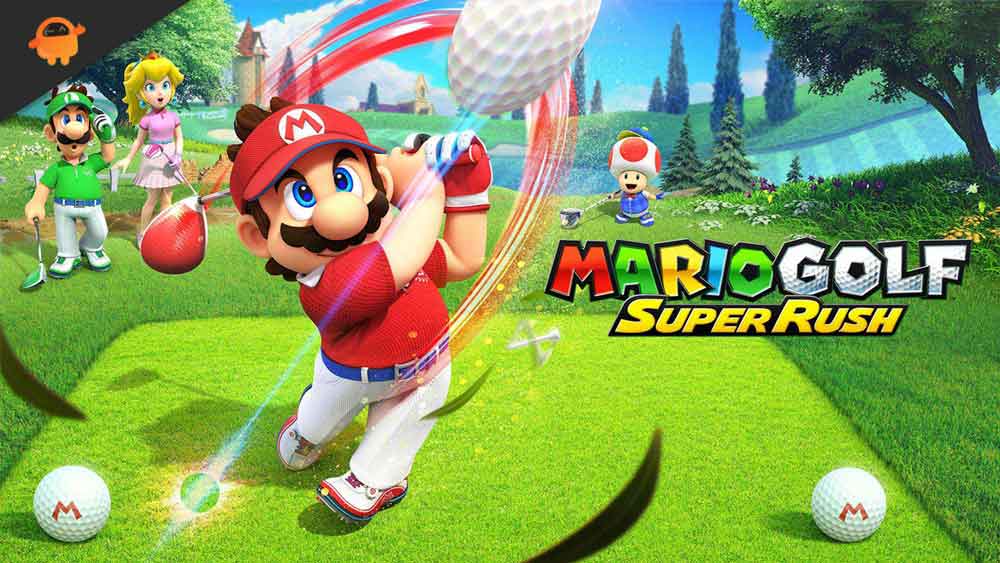 Here I’m going to show you the mechanics b behind these shots and how you can do them even if you are not a pro in Mario Golf Super Rush. So, let’s first start with the backspin shot because it is one of my favorite shots in Super Rush.

How to Backspin in Mario Golf Super Rush 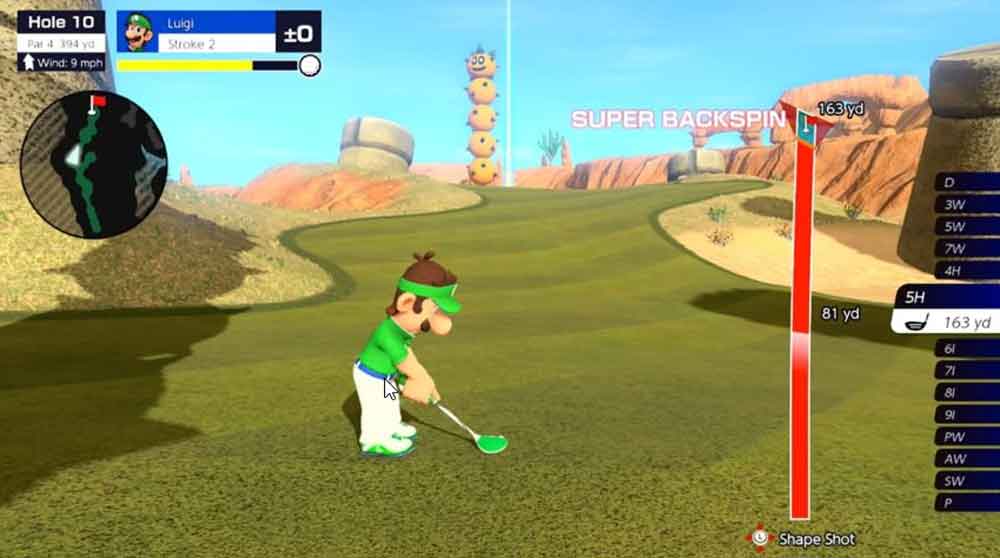 In order to, Backspin in Mario Golf: Super Rush, tap the B button while setting the first shot power. Whereas, for a normal shot, press A to begin the bar uprising on the screen, then tap A again to stop it at the power level you need. Meanwhile, to backspin, tap the B button to settle the power bar at the height as per your liking. Moreover, if you are looking for Super Backspin, you must tap B twice rapidly while choosing power.

Now, you can see the text reading Backspin appear over the power bar, including the Super Backspin. Also, the ball starts glowing like a red electricity/fire when it reaches the ground or hits the ground. So now, you’ll notice the real benefits of backspin.

Yes, the name suggests that it will encourage the ball to roll backward after hitting the ground. But, the distance will depend upon the curve shot or angle shot.

Also, keep in mind that the ball hitting a sharp edge ground will benefit the backspin. On the other hand, the lower shots have a slow Backspin compared to the sharp edge ground. So, we always suggest you carefully execute your shot in order to place your ball into the hole.

How To Topspin in Mari Golf Super Rush 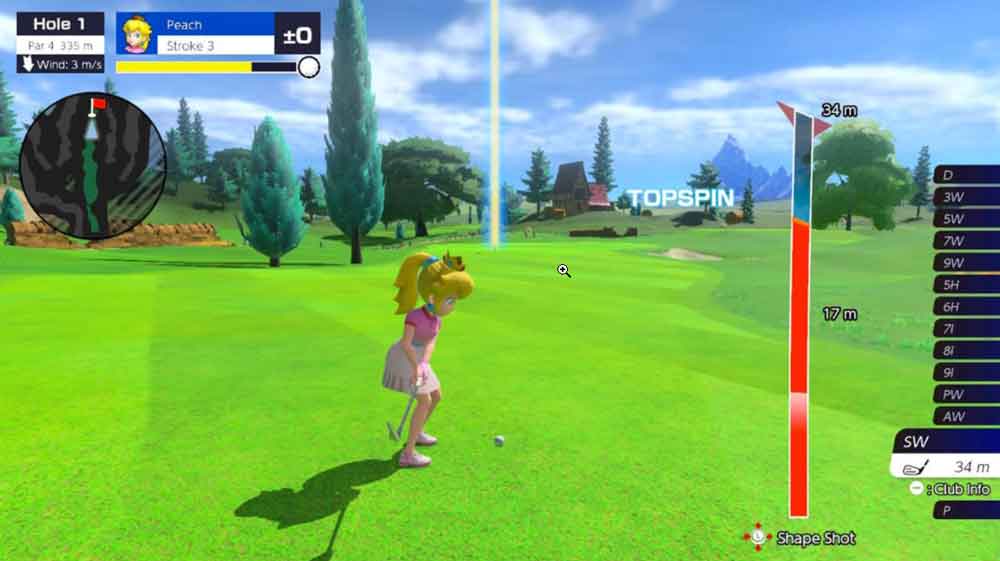 Now, we are about to tell you about the Topspin in Mario Golf: Super Rush. So, to topspin, you must have to double tap on the A button when setting the first shot power.

Meanwhile, you need to use the A button to start the bar uprising on the screen for the normal shot. After that, again tap the A to stop it at the level as per your liking. Now, to use the topspin, you can also double-tap on the A button to stop the power bar at a level that you think you can easily get. Then, you get noticed that the text reading Topspin appears at the power bar. Also, the ball that you hit will start glowing with blue electricity/fire when touched to the ground.

Furthermore, when the ball hits the ground, it will move forward in topspin. So, as it helps the ball move forward, it becomes perfect for covering the extra ground. Topspin will also allow you to counter or withstand even a strong wind that has the potential to shorten your shot.

How to Curve Shot in Mario Golf Super Rush 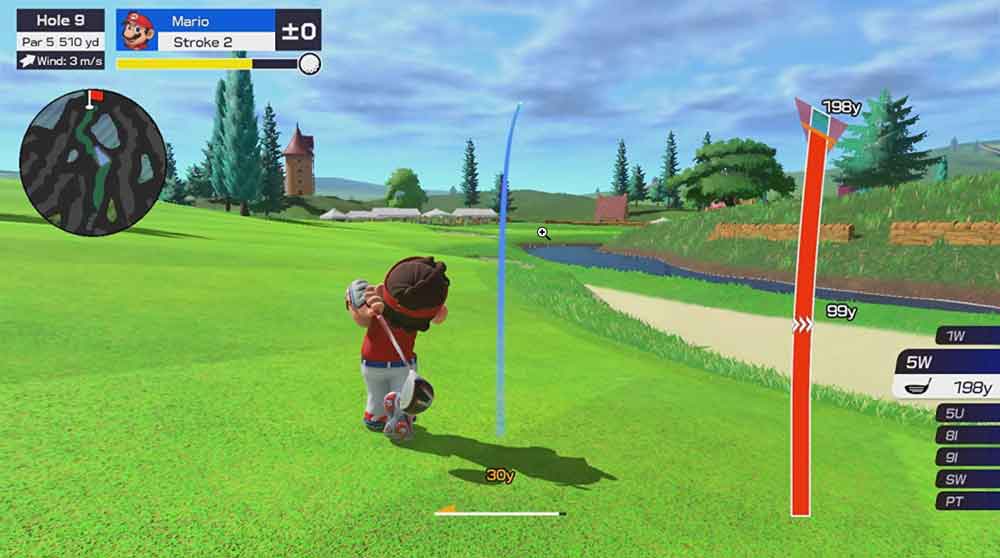 If you are looking for a way to take curve shots in Mario Golf: Super Rush, you must use your left analog stick. Yes, you need to tilt the left stick during the second stage of shot setup.

Curve shot is handy for bypassing obstacles like pokeys, trees, and rocks.

When you take the shot for the first time, the gauge bar lifts up, and you determine shot power. Then, the bar will lift again, moving through various sections.

So, at that time, tilting your left analog stick of the controller in each segment, you can perform a curve to your shot during many parts of its flight time. However, the degree of the angle you apply depends upon your tilting. So, tilt the stick more or less where you require the shot to curve accordingly.

We hope you liked the guide and this guide helped you. Meanwhile, if you still have any issues or queries related to the topic, please ask us in the comment section.