No matter if you own a Xiaomi Mi smartphone or a Samsung S9+, it is still an electronic device which is prone to errors and issues. Talking about Xiaomi Mi series, the manufacturer has already made dozens of iterations, updates, and changes in this lineup yet there seem to be some people who always report issues like screen freezing or that their phone restarts by its own which is a problem needed to be fixed asap before it can cause any serious damage the device. Yes, Xiaomi Mi phones have problems of which restarting and freezing is a major problem for which, Xiaomi has been providing firmware updates yet to no avail, the problem is still prevalent and needs an effective methodology to curb it. 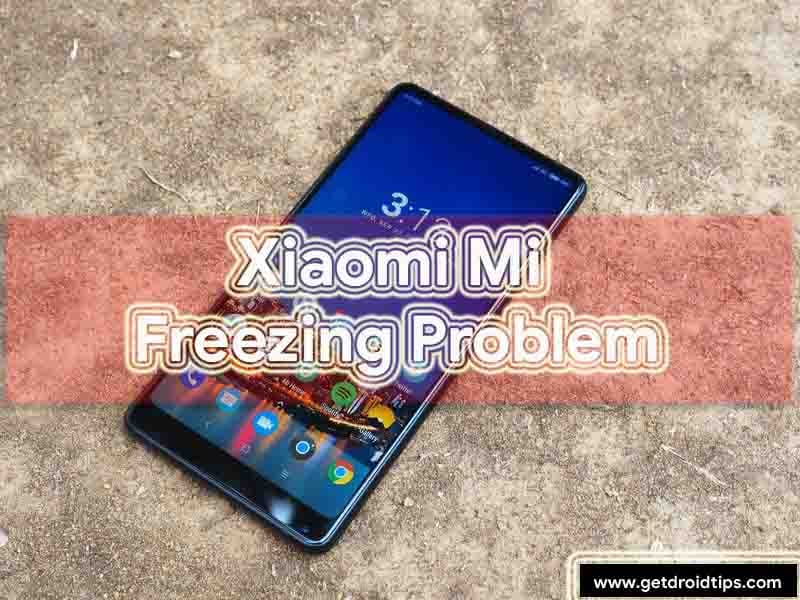 Enters GetDroidTips where we strive to provide a detailed guide to fix problems that you have been observing on your phone and this is what we did when we were asked by our readers to post something about Xiaomi Mi restarting and freezing issues. Since, both the problems are different but can take place on the same device, we decided to provide a detailed fix on these issues. Note that automatic restarting and freezing issue is prevalent and common for Android smartphone, however, their increasing frequency can make the phone deterrent to touch responses and more. Tackle the issue by following this guide posted by GetDroidTips.

What Is Restarting & Freezing Issue?

This will give a context for the users to categorized the issues they are observing into freezing or restarting category. Sometimes phones restart unexpectedly when you are engrossed in doing something. This is categorized as Restarting issue. On the other hand, when the phone screen unexpectedly freezes, becomes unresponsive as such, it is categorized as Freezing Issue.

Both automatic restart and screen freezing issue are severe if you don’t take any step to fix it on time. Rebooting your phone can fix a lot of issues that you have reported. It can bring the phone out of lagging repeatedly or performance anxiety such as screen freezing, restarting screen flickering, and others. What it actually does is simple. It first destroys all the apps and services being used, reboots the device and when it restarts, it has plenty of resources to be used. It tends to clear temporary cache storage which is one of the main reason why your phone would develop performance issue. Below in this guide, we have prescribed methods on how to get of cache storage within seconds.

Now that we are talking about screen freezing issue, it can be temporary which appears and disappears or it can stay frozen for something. In such scenario, practice a force reboot instead. It is an excellent way to reboot the device when the screen is unresponsive. It makes use of battery pull that forces the battery to take a complete battery cycle from Switch OFF to Switch ON. It is one of the excellent ways you can fix screen freezing issue since you don’t have a removable battery in such of the Xiaomi Mi phones.

This particular method is quick and efficient in fixing issues like lagging, freezing, flickering, etc. You have a specific amount of RAM which could be 1GB or 2GB or more, apps installed on your system use internal memory as well as RAM to do its processes. This is what consumes a chunk from the available RAM storage as well as, cache files are stored on the ROM. This causes the phone to misbehave with issues stated above. The best way to get rid of cache which is a major cause of performance issues is to delete it from the device app-by-app.

Similar to how you can clear cache memory, you can also clear the app data individually that will free up some space from the internal memory (ROM).

Android OS has millions of apps that can be used to do any and every task you can imagine. Developers usually provide updates for their apps which contains latest patches, fix for bugs, added features and more. On the other hand, keeping the apps outdated can cause performance issue since these apps develop bugs and issues. Similarly, outdated firmware can also pose problems like constant automatic restart or freezing, flickering. The quick fix for such an issue is to keep the apps and firmware up-to-date. 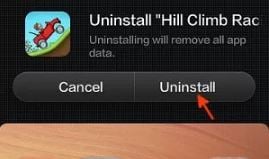 When you try to stuff more apps than what space is available, it will develop as performance issue pretty soon. It is said a 1GB RAM and ROM must be kept reserved to prevent the phone from getting froze and become unresponsive. Apart from the bloatware that takes a lot of space on your phone, there are many unwanted or unused apps that you seldom use. Irrespective whether you use it or not, it is still going to take some space on your system that when it is overloaded with apps and services more than what it can handle, the phone will either boot up or freeze.

It is highly recommended to uninstall apps that you haven’t used for a while. This can be done using the method prescribed below.

Another method to wipe cache data is to wipe off the cache partition which is an efficient and powerful tool. Cache is mainly the reason behind performance issues such as screen freezing and lagging or restarting. You can perform this process to clear the cache storage which will give a new lease of life to your smartphone by fixing the issue it is facing.

Safe Mode is a bootable partition made for diagnosis purposes. This is the place where you can check whether any app is creating the issue or not. When you enter into safe mode, it restricts all the third-party apps which will explain if these were the apps causing the problem or is it something born out of built-in apps.

Do A Factory Reset On Your Xiaomi Mi Phone 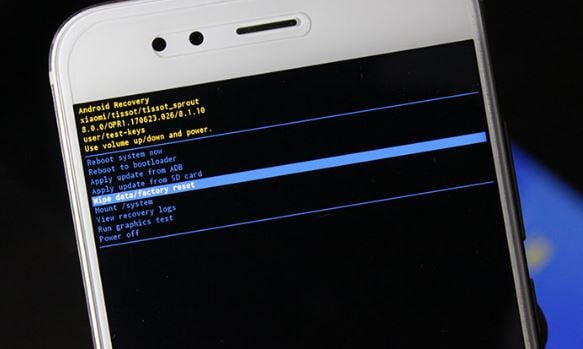 Doing a factory reset is a crucial aspect of fixing any performance or software-related issues. It is a powerful yet extremely radical step where all the data including apps, photos, contacts, videos, audios, etc will be erased completely. If you have decided to do a factory reset to get rid of this problem, you must take a backup first. There are basically two methods of factory resets for which, the step-by-step guide is followed below.

Every smartphone has a built-in reset feature that allows users to reset their device to factory settings.

Report To The Service Center

At GetDroidTips, we believe in providing detailed guides on how to fix issues faced by Apple and Android OSes. If you own a Xiaomi Mi smartphone or any other Xiaomi smartphone, you can use these methods to prevent and fix the issues like lagging, freezing, flickering, restart of the phone, etc. But what to do if nothing works? Well, you must report the problem to the nearest service center. The technicians will evaluate the issue and fix it charging a minimal fee.